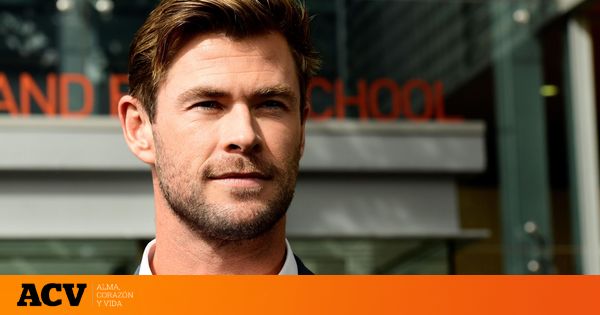 More than one person will have woken up quite discouraged after spending a night having a few extra drinks. However, Australian actor Chris Hemsworth, known for playing Marvel superhero Thor, has revealed the routine he follows for those days in which he felt less motivated after partying.

Hemsworth recalls that “You have done this to yourself, so you are going to figure it out”. To do this, you will have to sweat, as posted on Instagram. One way to lose weight and lose weight after overindulging in eating and drinking is by running on the treadmill for fifteen minutes, completing a CrossFit circuit, doing sprints and push-ups, among other movements.

After this demanding workout, Chris claims to feel 100% and ready to go back to normal. As collected News.com.au, Hemsworth strongly believes that these exercises they are ideal for when one feels down. “You just have to get going: movement creates motivation.” For those who do not get used to the idea of ​​the exercises suggested by the actor, Chris himself has shared part of his session.

“I can confidently tell you that simply adding exercise to your daily routine not only will it add a big smile to your faceIt will improve all aspects of your life: more energy, better sleep, elevated mood, reduced feelings of anxiety and depression, protection against many chronic diseases, the list goes on, “wrote Chris in his post.

And although many of his followers agreed and thanked him for his motivational post, others could not help but admire the physique and fitness of the actor who gives life to Thor. Some confess that they are always motivated by “seeing you in motion”.

It boils down to “consistency, hard work, and also eating the right foods.”

Chris’s trainer Luke Zocchi and veteran stuntman Bobby Holland Hanton have equally shared what it takes to look like Thor. “Chris takes it very, very seriously, and the way he puts himself, he’s phenomenal,” said Bobby, who has been the double of the performer in 13 films. “There is a real process that is going to achieve these goals. But I think that over the last ten years, we have managed to figure out how to do it.”

In the words of Luke, who has also been friends with Hemsworth since they were eight years old, it all comes down to “consistency, hard work and also eating the right foods.” Also, remember that one of the challenges of the star of The Avengers is manage the necessary energy in the form of food to the body for its functioning.

“When we get into the making of movies like Thor, there is a massive increase in food,” Zocchi said. “Eat six to eight times a day”. He has also pointed out that since the Australian star measures a whopping 190 centimeters, he has to work much harder to ingest the thousands of calories necessary to increase muscle mass.

Some of your favorite foods, like chicken and fish or sweet potato with white rice, come into your diet, and then you turn to lighter meals such as protein shakes. Now, it only remains to start taking care of yourself and losing weight and, in the long term, working for muscle growth.