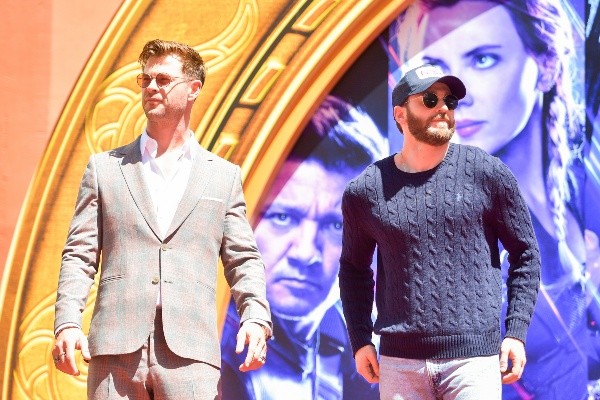 When they arrived at Marvel, Chris Evans and Chris Hemsworth they found themselves in a totally unknown world. Although they already have a large repertoire on their resumes, they had never shared the screen between themselves, let alone with such renowned actors as Robert Downey Jr. Which is why, being the two new, the actors have won a great friendship.

« We shared our anxiety and that made it a little more heartwarming.“Evans confessed Chris Hemsworth at the time. Both new and with a youth yet to be explored, it was the arrival of these two actors to the MCU. So much so that after the experiences and growing together, their friendship continues to last over the years.

Despite the fact that they haven’t worked together since Evans closed out of the franchise in Avengers: Endgame (2019) and Hemsworth still has a movie to release, they still maintain a bond that seems unbreakable. However, not sharing a set and several hours, led them to one of them looking for a new friend to hang out.

Marvel’s Phase Four has started, and with it not only have the supporting characters taken center stage, but new superheroes have arrived. And so, Chris Hemsworth put aside his loneliness and took refuge in Simu Liu’s arrival at the franchise. It will be September 3, with the premiere of Shang-Chi and the legend of the ten rings when this actor makes his first appearance in this world.

So much so that, via Instagram, Thor’s performer gave her a warm welcome without mentioning her former colleagues. « Welcome to the Marvel Shang-Chi Cinematic Universe. Can’t wait to see you, it’s gonna be epic. Available September 3The actor wrote, attaching the trailer for the film to this commentary.

And, while there are still no photographs of Chris with Simu Liu, everything indicates that their relationship is already bearing fruit. However, it should be noted that this could generate the jealousy of his great friend Evans, who still hasn’t said a word on this post. But, frankly, it’s likely he won’t since with Hemsworth they’re still like brothers.