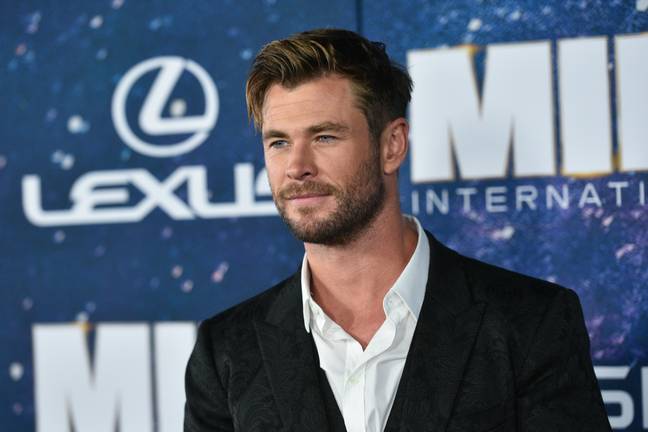 Having been announced in 2020, little is currently known about the upcoming film. However, the director of Joker Todd Phillips will be taking the reins, so it’s sure to be a hit with viewers.

The film will center on Hogan’s rise to prominence in the 1980s, with Hemsworth set to portray the famous wrestler’s character down to his mustache.

Fans shared their excitement on Twitter, writing, “Why is Chris Hemsworth playing Hulk Hogan in a biopic? He clearly resembles Kevin Nash’s role in the new Thor.

Another fan said, “I keep thinking about Chris Hemsworth as fucking Hulk Hogan. »

“Every day I wonder what’s going on with this Chris Hemsworth Hulk Hogan movie,” a third mused.

He said, “Listen man, I don’t know what I’m allowed to say about this. They send this script to people and they have to read it in two hours, it’s like top secret, so I’m not going to be the guy who gets fired on it.

Gushing about Hemsworth’s acting skills, he continued, “I love writing for great actors, I think Chris Hemsworth, like those guys, he’s great. You can make it funny and tragic and all that.

“I’m really excited to see the movie and I’m hoping – I don’t know how COVID-friendly this movie would be to shoot because they got 30,000 in the crowd in some of those scenes, so I hope they will eventually manage to do so.

“I can’t wait to see it one day,” he concluded.

Previously, Hemsworth had lifted the lid on his physical transformation for the role.

He told Total Film: “This movie is going to be a really fun project. As you can imagine, the preparation for the role will be incredibly physical.

“I’m going to have to get bigger than I’ve ever done before, even more than I put on for Thor. »

And it’s not just the physical transformation, added the Aussie star: “There’s the accent as well as the physique and the attitude.

“I’ll also have to take a deep dive down the rabbit hole of the wrestling world, which I’m really looking forward to doing. »