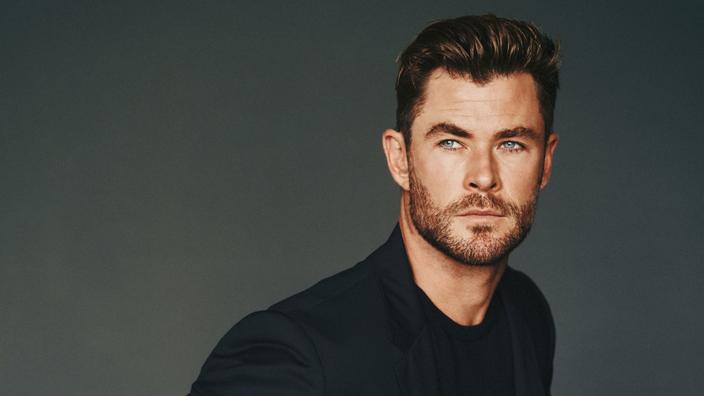 Chris Hemsworth becomes the first Hollywood star to be named BOSS Global Ambassador. He will be the new international face for BOSS men’s ready-to-wear campaigns. The beginning of a new era.

There are encounters that sound like the obvious. That of BOSS and Chris Hemsworth is one of them. At 37, the actor, who owes his international fame to his role as Thor in the films of the Marvel franchise, shares with the German house much more than a taste for fashion. He embodies its style and values.

The BOSS style, a clever blend of relaxation and confidence, simplicity and elegance, Chris Hemsworth has it in his DNA. The first images of the campaign that inaugurate its partnership with the leader in men’s ready-to-wear bear witness to this. They reveal the actor, more natural than ever, in some of the flagship pieces of the BOSS spring-summer collection.

Chris Hemsworth is there in turn dressed in a fitted white T-shirt, a timeless trench coat, a navy suit with the perfect fitted cut or a red hooded sweatshirt in cotton and recycled fibers that ‘he twists a gray flannel bomber jacket. Between sporty elegance and fashion business allure, it is in its image in these classics – as essential as they are desirable – of the male wardrobe. Perfectly in his time. Perfectly BOSS.

If the marriage between the German brand and Chris Hemsworth rings true, it is because it is the result of a long-lasting relationship – the Australian has been lending his face to BOSS Bottled fragrances from the house of Hugo Boss since the summer of 2017. A partnership that they have grown together over the years by cultivating common values. Both indeed share the conviction that style today is inseparable from a certain vision of the world, which is more committed and more responsible.

In life, the superhero on the big screen – he will be back in theaters in 2022 in Thor: Love & Thunder – is a committed citizen who does not hesitate to put his notoriety at the service of the causes which are dear to him. Among these, the protection of the oceans, for which he actively campaigns, in particular through the production of documentaries. His last born, Shark Beach, is thus devoted to the preservation of sharks. For this docu-series filmed in Australia, which will be broadcast this summer on National Geographic, the actor met specialists in marine fauna and flora, surfers and environmental activists. The objective: to find solutions so that humans and animals coexist in harmony.

A sensitive subject for this surf enthusiast who, when he is not on film sets, lives with his family in Byron Bay, a small town located about ten hours by road north of Sydney. There, the Hollywood star rubs shoulders with lovers of beautiful waves and followers of a simple and healthy daily life. A pledge, for him, of an authentic way of life corresponding to his personality – accessible, charismatic, committed – and to the values ​​he shares with BOSS.