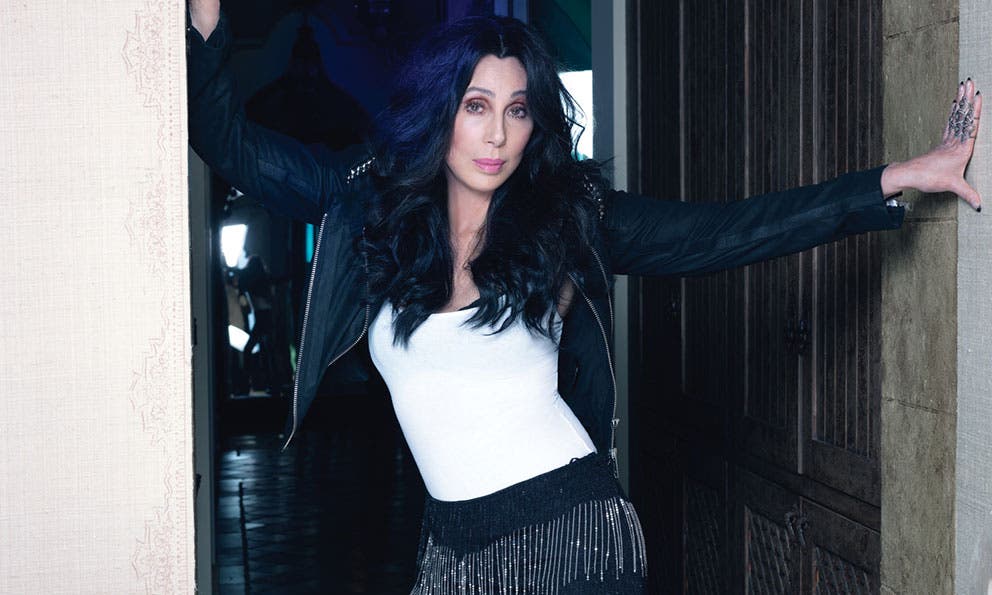 CDMX.- MAY 19, 2021 Cher, one of the greatest divas of music and cinema, celebrates her 75 springs this May 20 and has established herself as a legend in Hollywood. How about celebrating her with a look at her top five on-screen roles? In addition, we give you options to put together a playlist with their best songs and polish the track.

Cher, one of the most successful American singers in history, has proven to be multifaceted and an all-rounder, which is why, in addition to singing, she has ventured into the film and television industry. To celebrate his birthday, here we give you the Top 5 of his best movies and songs.

Mask (1985)
One of the best films by director Peter Bogdanovich, tells the story of Rocky Dennis (Eric Stoltz), a young man with an oversized skull from birth.

Evicted by the doctors, he tries to lead an almost normal life. Endowed with superior intelligence, he manages to be accepted in his environment.

He lives as a family with his mother (Cher), on the fringes of society, with a band of motorized rockers. The love and complicity between the adolescent and his mother are affected by her excesses: drugs, sex, violence. Until one summer, Rocky falls in love.

Moon Spell (1987)
This production is one of the most important in the singer’s career since thanks to it she won an Oscar and a Golden Globe for Best Actress.

The film tells the story of Loretta Castorini (Cher), a woman who is engaged to Johnny Cammareri (Danny Aiello). During a visit to Palermo, Sicily, Loretta’s life will change and she will become involved in a relationship with her future brother-in-law Ronny (Nicholas Cage).

Suspect (1987)
Cher entered the genre of thriller and court drama with this film that tells the story of a deaf-mute war veteran who is arrested for the murder of the secretary of an important judge; Kathleen Riley (Cher) agrees to be your defense attorney.

Together with Eddie Sanger (Dennis Quaid), a member of the jury, he tries to uncover the real killer.

The Witches of Eastwick (1987)
Susan Sarandon and Michelle Pfeiffer accompany Cher in this film where three divorced women get more than they bargained for, when they unscrupulously conjure up the man of their dreams, played maliciously by Jack Nicholson.

Nights of Enchantment (2010)
Despite not being very well received by critics and audiences, the musical won a Golden Globe for Best Original Song, which was performed by Cher. The singer participated in this film (one of her last leading roles in cinema) giving life to Tess Jackson, a woman who owns the “Burlesque” club, the place where Ali (Christina Aguilera) wants to work.

1 Believe is the twenty-third studio album by American artist Cher; it was released on October 22, 1998 through Warner Bros. Records.

The song that gives the album its name became the most successful single of Cher’s career, reaching the top of the main music markets in the world.

2 It is the second single from their album Heart of Stone (1989). With great reception in the world, the song is one of the most outstanding of his entire discography and has been reverted several times.

3 It was released as the second single from his twenty-third studio album Believe, and was singled out by critics as one of the best songs on the album. The song enjoyed great popularity on European radio and achieved number seven on the Billboard Hot 100 chart.

4 It is a song written by Rudy Clark and originally sung by Betty Everett, in 1964. Cher covered it, releasing it as the first single from the album Love Hurts, in 1990.

5 It is a song originally composed and recorded by the American singer-songwriter Marc Cohn; was one of the singles from the album It’s a Man’s World (1995)