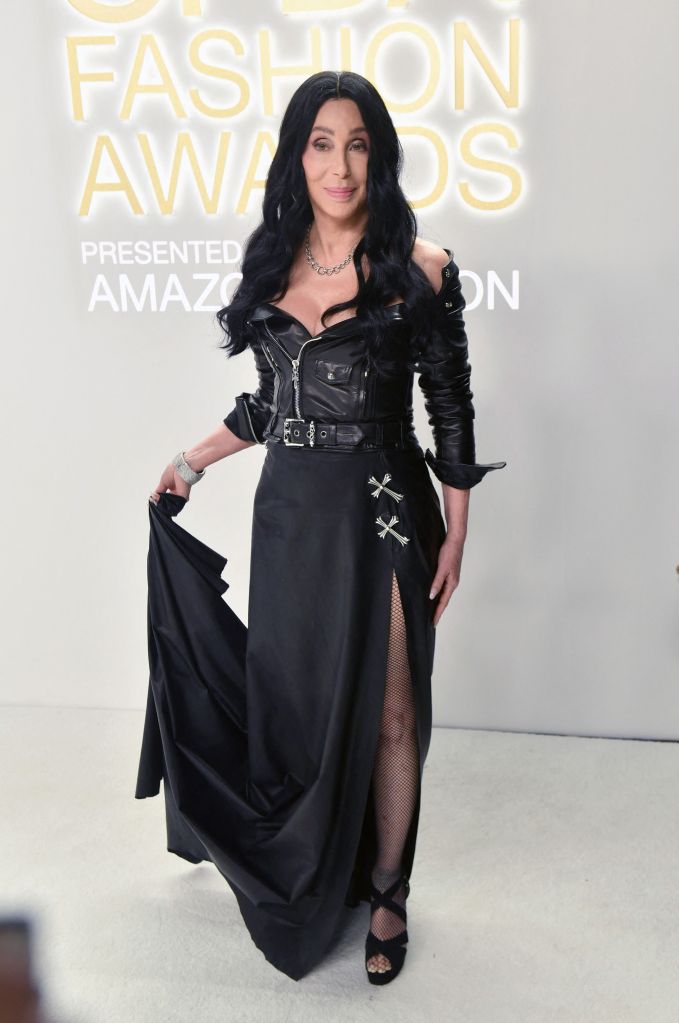 On November 7, the celebration of the CFDA was held, translated its acronym in Spanish as “Council of Fashion Designers of America”, celebrating and honoring America’s brightest fashion talents. The event featured a large number of celebrities, models, actors and singers, who wore their best outfits for one of the most important events in the world of fashion. Find out who wore the best looks of the night at the 2022 CFDA Awards.

Best Looks from the Council of Fashion Designers of America

Iconic American television celebrity, Cher attended the award ceremony in a black leather dress that maintained a gothic and rocker design with silver details such as zippers, pockets and straps. In addition, it had a tail that hung on its right side, since it had a slight opening on the left and it was accompanied by mesh stockings, like black heels. On this occasion, Cher accompanied the stylist and fashion consultant Patti Wilson, who received an award during the night.

Kim Kardashian attended the event with a design of Dolce & Gabanna, it was a strapless dress with a luminous and transparent effect fabric, which simulates being plastic, along with a black base that covers some central areas.. In addition, she accompanied him with a “wet effect” hairstyle for which they fixed his hair by brushing it back with fixing products.

The editor-in-chief of Vogue magazine, Anna Wintour, managed to position herself among the best looks of the night with an elegant suit that exceeded expectations. The writer wore a straight dress with a classic cut that combines red tones, which was accompanied by a coat of the same fabric and print. Wintour combined her outfit with silver accessories like necklaces and sandals, as well as the characteristic black sunglasses that she usually wears in most events.

Vanessa Hudgens wore a two-piece suit that combined a lace bra with a black skirt with a slight mermaid cut and train, designed by Vera Wang. Likewise, she included a white overcoat with a transparent finish with which she managed to balance the dark tones of her look.

American supermodel, Carolyn Murphy, managed to position herself among the best looks with a dress designed by Oscar de la Renta that has a print of red and pink roses, with a nude tone base, featured in the brand’s Fall 2022 collection. In addition, she accompanied him with a small red clutch and nude sandals.

Other topics that may interest you: