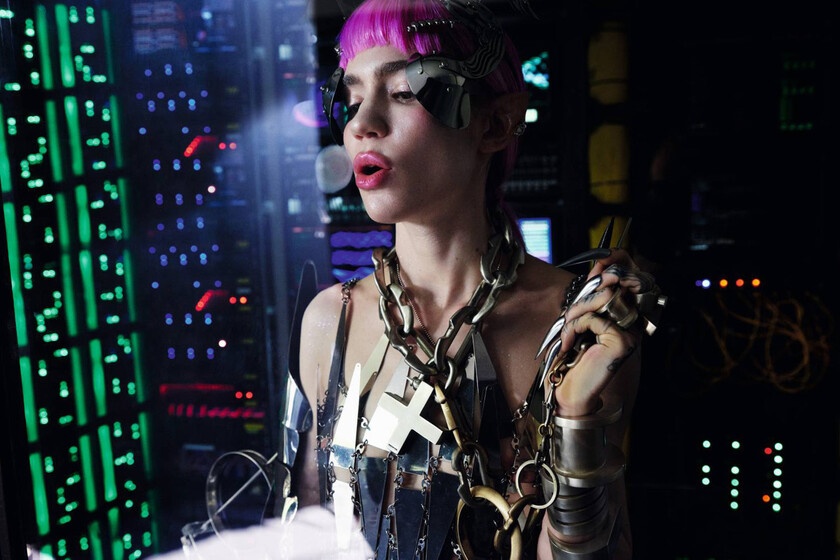 Last summer we already told you that the well-known Canadian artist Bryan Adams had been chosen to create the Pirelli Calendar 2022, the 48th edition of the famous almanac that this year has as leit motif the bohemian life of musicians and features artists such as Cher, Iggy Pop, Jennifer Hudson and Rita Ora.

A theme that makes a lot of sense considering that Bryan Adams is mostly known for his musical career, although (in case there are clueless) he is one of those celebrities who are also photographers. In fact, it has a long career as a photographer and that is why Pirelli turned to it to create what is surely the most prominent calendar in the world of photography, dating from 1964 and commissioned by prestigious photographers such as Helmut Newton and Richard Avedon.

St. Vincent, aka Annie Clark, poses with a guitar pick with the Pirelli logo on her tongue. © Bryan Adams / Pirelli

The new calendar is presented with record album form with its corresponding cover, offering the appearance of a collector’s vinyl, and with the title ‘On the Road‘, which defines its theme. Inside him, the Canadian “He has portrayed a glamorous casting made up of artists such as Cher, Iggy Pop, Jennifer Hudson and Rita Ora, together with whom he has recreated a dramatic visual aesthetic while showing a day in the life of a touring musicianFurthermore, for the first time, Adams himself appears physically on the pages of the almanac.


The rapper Saweetie in full “check out” of the Hotel Scalinatella on the island of Capri, posing at the reception and dragging a trolley suitcase with a silver dress and heels. © Bryan Adams / Pirelli

According to Pirelli “Adams has sought to capture not only ‘the feeling of glamor, but also part of the loneliness suffered’ on the road“However, this last feeling has been expressed.”immersed in a kind of fantasy“, which makes that “the images of the 48th Pirelli Calendar are as striking as they are atmospheric and, at times, even playful“.

The calendar includes “a dazzling array of photos featuring a diverse cast of artists“. Each month is associated with a moment of the day, which is constituted as a kind of diary through which you can follow these stars of music throughout an imaginary journey. January starts at 7:45 a.m., February at 10:13 a.m. and so on until December, where Adams himself “puts the end of the day at 4:12, already en route to the next concert, aboard a classic car and with his guitar“.

The musician and photographer has said that the project it was a challenge, especially since it took place in 25 sets and in just three days of filming in which he had to portray 10 music stars. In addition, it so happens that the proposal to make the Pirelli Calendar arrived in 2019 and it had to be delayed a year because of the COVID-19 pandemic.

Cover photo | Canadian singer, lyricist and producer Grimes poses “in her studio” between huge computers, sporting a futuristic look with pink hair and dressed in a dress made from bits of metal. © Bryan Adams / Pirelli

Cher, Iggy Pop, Jennifer Hudson and Rita Ora (among others) star in the 2022 Pirelli calendar created by Bryan Adams