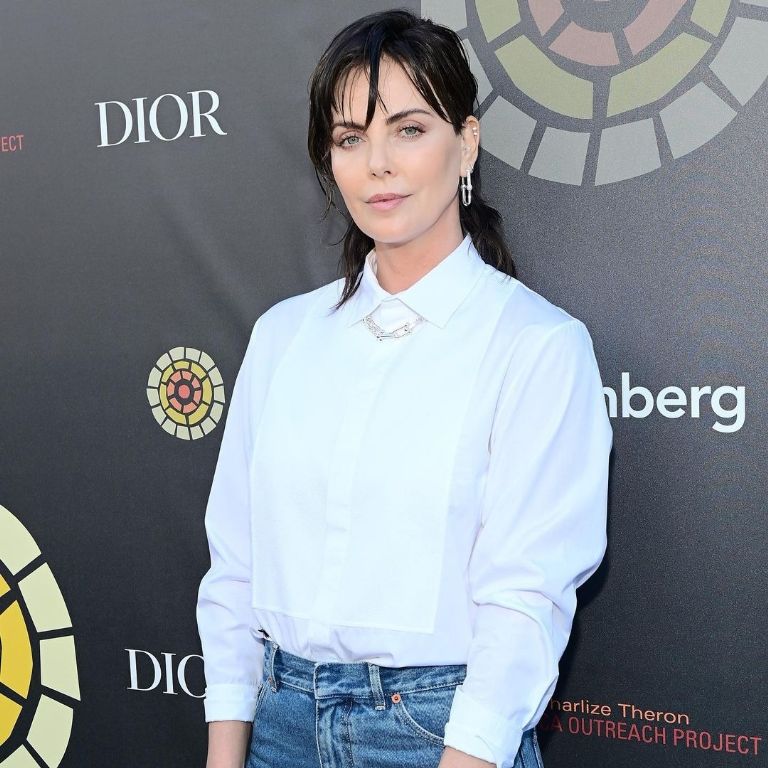 Charlize Theron Not only is she one of the most talented actresses in Hollywood, but she is also recognized for her great beauty. Before launching her career as an actress, the South African worked as a model.

In addition to her sky-colored eyes, one of the features that characterizes Charlize is her blonde hair. In most of her works, both in the cinema and in her collaborations with various brands, the interpreter has been characterized by wearing that hue in her hair.

However, despite being one of its hallmarks, Theron isn’t afraid of change.. That is why in his last public appearance, the actress of Atomic Blonde showed a radical change to his appearance.

A few days ago, the actress participated in the Charlize Theron Africa Outreach Project party at Universal Studios. There she put it on with a casual look, with cropped jeans, a white shirt and black stilettos. With great elegance as always, Charlize surprised with her new hair color.

Although this is not the first time that the 46-year-old actress changes her hair color, it is likely that this time he did it for a new job. In the last few hours, the start of filming of The Old Guard 2 (The old guard), the sequel to the successful Netflix sci-fi production.

The film, which was released in 2020, is based on a graphic novel of the same name that follows a group of immortal mercenaries who embark on a mission of revenge. In the film Theron plays Andromache of Scythia (Andy), an immortal warrior with great combat skills. In said film, the character of the actress wore her dark hair, so we can assume that her change of look is associated with the start of production of the sequel which was confirmed in the last hours.

Days ago it was confirmed that the sequel to The Old Guard will feature the addition of umma thurman (Kill Bill) and Henry Golding (Crazy Rich Asians). In addition, the return of kiki layne, Matthias Schoenaerts, Marwan Kenzari, Luca Marinelli, veronica Y Chiwetel Ejiofor. Unlike the first installment, the sequel will be directed by Victoria Mahoney (The Morning Show). The film does not yet have a set release date, but with filming already underway, we can expect a premiere in 2023.

Charlize Theron surprised everyone with a change of look