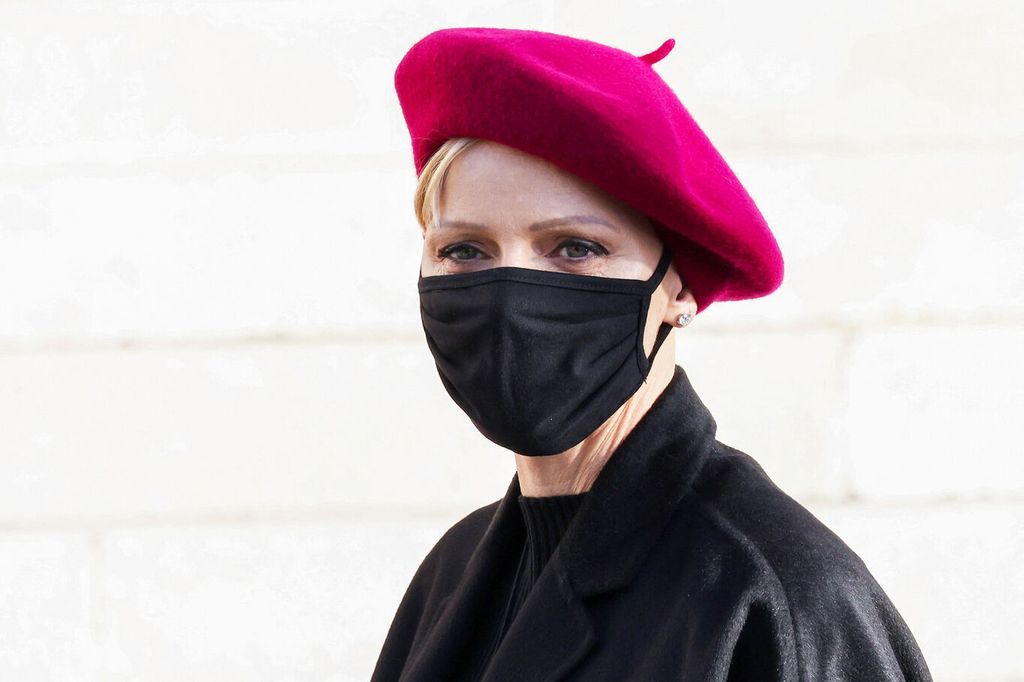 On Sunday December 26, 2021, Charlene of Monaco paid tribute to Desmond Tutu, 1984 Nobel Peace Prize winner, who died at the age of 90. On Instagram, the wife of Albert of Monaco showed him one last time her affection.

Charlene of Monaco has lost a loved one … Sunday, December 26, 2021, Desmond Tutu, Anglican South African archbishop, icon of the fight against apartheid, died at the age of 90. In July 2011, it was in South Africa that the wife ofAlbert de Monaco had rubbed shoulders with the latter, when she had become one of the ambassadors of his charity. Following their meeting, Desmond Tutu said: “We are very happy because you have a heart. It shows that you take things to heart, and we just want to say a big thank you to God for you, because you wanted to use your fame to help other people.“Following the disappearance of her friend, Charlene of Monaco shared:”My dear friend, you will be missed. I know you are with our fathers. I will always have fond memories of us. And your laughter will stay in my heart forever. Rest in peace.“

Sunday night, Desmond Tutu’s foundation announced that his funeral will be held on Saturday January 1, 2022 in St. George’s Cathedral, Cape Town, former parish of the one who was nicknamed The Arch. Among the announced provisions, his foundation indicated that “the bells of St. George’s Cathedral will be rung every day for ten minutes, starting at noon“, all week from Monday to Friday, the day the body of the deceased”will rest in a fiery chapel in the cathedral.“

Rain of tributes for Desmond Tutu

Following the announcement of the disappearance of the Anglican South African archbishop, many personalities have spoken. Elizabeth II unveiled: “The entire Royal Family join me in expressing our deep sorrow at the news of the death of Archbishop Desmond Tutu, a man who tirelessly defended human rights in South Africa and around the world. I fondly remember my meetings with him, his great friendliness and his humor.Barack Obama wrote on Twitter: “Archbishop Desmond Tutu was a mentor, friend and moral guide to me and so many others. A universal spirit, Archbishop Tutu was engaged in the struggle for liberation and justice in his own country, but also fought against injustice everywhere else.“For her part, Christiane Taubira shared:”His laughter echoes, for I have also known the sound of his anger and I have seen his tears up close. Student, I worshiped Desmond Tutu. Member of Parliament, I was able to say thank you for so much courage. Minister, I officially greeted him. Last time saying goodbye to Mandela. What a life !“

Charlene of Monaco
Sunday, December 26, 2021, Desmond Tutu, Anglican South African archbishop, icon of the fight against apartheid, died at the age of 90.

Charlene of Monaco
In July 2011, it was in South Africa that the wife of Albert of Monaco had met Desmond Tutu.

Charlene of Monaco
She was one of the ambassadors for her charity.

Charlene of Monaco
She wrote, “My dear friend, we will miss you. I know you are by our fathers side. I will always have fond memories of us. And your laughter will remain in my heart forever. Rest in peace.”

Charlene of Monaco
On Sunday evening, Desmond Tutu’s foundation announced that his funeral will be held on Saturday, January 1, 2022.

Charlene of Monaco
Following the announcement of the disappearance of the Anglican South African archbishop, many personalities have spoken.

Charlene of Monaco
His friend was the 1984 Nobel Peace Prize winner.

Charlene of Monaco
She shared two shots alongside Desmond Tutu.

Charlene of Monaco
She is very committed.

Charlene of Monaco
The princely family of Monaco at the balcony of the palace during the Monegasque National Day in Monaco, November 19, 2019.

Charlene of Monaco
Arrivals of people at the 71st Monaco Red Cross gala in Monaco, July 26, 2019.

Charlene of Monaco
Closing evening of the 59th Monte Carlo Television Festival at the Grimaldi Forum in Monaco, June 18, 2019.

Charlene of Monaco
Personalities in the paddocks during the 87th edition of the 24 Hours of Le Mans, June 15, 2019.

Charlene of Monaco in mourning: she comes out of silence to pay tribute to a man who was dear to her