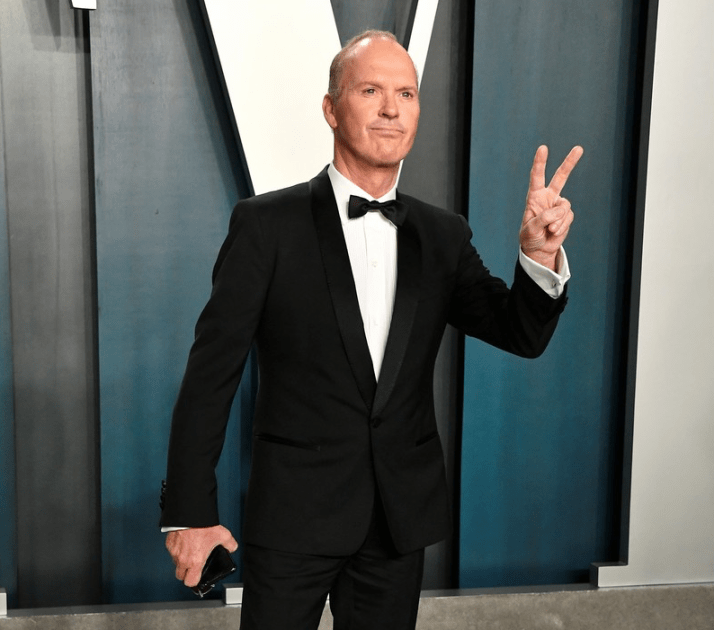 In almost 50 years of career, Michael Keaton He has played characters that have remained engraved in history and in the memory of movie fans.

Characters such as Batman, Beetlejuice, Birdman, Spotlight and The Founder, are some of the films in which he has participated, which have been praised both for the story itself and its development, and, of course, for the work of this actor born in Pennsylvania, United States.

This month he turned 70 years old, 50 of them within the cinema giving away memorable performances, therefore, here are some important details of his life, and thus know something that perhaps you did not know about him.

His real last name is not Keaton, it is Douglas. Michael John Douglas is his full name, specifically. But he decided to change it since, at the time of entering the industry, two people already had the same name, one the famous actor and the other a radio host. And, to keep things simple, she took a phone book, opened it to the letter K, and Keaton was the first last name she liked on the list. And voila, he chose it. It has nothing to do with actress Diane Keaton, as many think.

Son of George Douglas and Leona Loftus, Michael Keaton was born in Coraopolis, Pennsylvania, United States on September 5, 1951 into an Irish Catholic family, being the youngest of seven children. His father was a civil engineer and his mother a homemaker.

Established where at just eight years old he appeared on the children’s television program Mr. Rogers Neighborhood, From there, Keaton began to regularize his appearances on the small screen in the mid-1930s starring in sitcoms such as All’s Fair, Mary, Stiffs o Report to Murphy, until in 1982, his first feature film titled Night Shift (1982), a comedy directed by Ron Howard, which opens the door to new film projects.Therefore, here are presented the most important films of the actor throughout his five decades of career, participating in 57 films, 26 television series and in five video games.

Beetlejuice is an extroverted, and nefarious ghost who lives in the no world, a recreation of the real world according to the vision of the dead. … Adam (Alec Baldwin) and Barbara (Geena Davis) die in a car accident shortly after opening their new home.

The film is set in Connecticut, but filmed in Vermont, the film transports the viewer towards a typically rural, picturesque environment that moves away from the accelerated development of the modern city.

When Tim Burton cast him as Batman, the decision was not without controversy. According to Burton, Keaton was the only actor who could credibly portray a character with an obsessive and dark personality. Nobody wanted Keaton like Batman Nobody! Not the production company, not the audience, not the fans, not the casting director, not anyone but Burton, so he had to release a trailer to show that Keaton could do it right, and that the movie would be a success.

Keaton played Batman not twice, but three times, because he also participated with a camel in the Video Clip for Batdance, Prince’s song. For many, Keaton has been the best Bruce Wayne in history. By the way, the iconic “I’m Batman” line was Keaton’s improvisational gift, as the script read “I’m the night.”

A wacky comedy about Doug Kinney, a busy family man whose job prevents him from spending time with his loved ones. Dr. Owen, a great friend of the family, will decide to propose a solution to his problems, genetic cloning. When Doug accepts the proposal, what at first appeared to be a solution will further complicate matters.

Jackie Brown (Pam Grier) is a money-hungry flight attendant who acts as a courier for Robbie (Samuel L. Jackson), a mobster wanted by the police. One day she is caught at customs and charged with drug trafficking and capital evasion. You can only avoid imprisonment if you accept a proposal from the police: help them get to Robbie.

On August 2, 1990, Iraqi troops invade Kuwait. In Atlanta (United States), Robert Wiener (Keaton), producer of CNN, convinces his boss to send him to cover the conflict. He travels to Baghdad with his team, which includes his colleague Ingrid Formanek (Bonham Carter). Wiener’s men will have to face a thousand obstacles (logistical, technical and political) to report and broadcast live the bombings of Baghdad.

Directed by the filmmaker and multi-award winner at the Oscars, the Mexican Alejandro González Iñárritu presents a black comedy that tells the story of an actor (Keaton) – famous for giving life to an emblematic superhero – who struggles to put on a play on Broadway . In the days leading up to opening night, he hooks up with his ego and tries to win back his family, his career, and himself.

The film portrays how this obsession to get away from his old character directly affects his mental health, leading him to schizophrenia. This is a disease characterized by hallucinations, delusions, and disturbance of other mental functions.

Marty Barton, the new editor of the Boston Globe, asks the newspaper’s investigative unit, called Spotlight, to investigate the case of a priest accused of abusing 80 children for 30 years.

Spotlight, winner of the Oscar for best film and original screenplay of 2016, tells the true story of a group of investigative journalists from the Boston Globe who in 2001 made public the abuse of minors committed for decades by Catholic priests, as well as the systematic concealment by of the Archdiocese of Boston.

The scandal uncovered by these communicators – incarnated by Michael Keaton, Mark Ruffalo, Rachel McAdams and Brian d’Arcy James – had a great impact in the United States and around the world, so much that it forced the Church to speak out and take action. The newspaper’s work won them the Pulitzer Prize for public service for exposing this plot.

The Founder tells the true story of how Ray Kroc (Michael Keaton) met the brothers Mac and Dick McDonald in 1950, who ran a hamburger joint in San Bernardino, Southern California. Impressed by the speed of his kitchen system, Kroc envisioned the potential of the franchise and skillfully positioned himself to create what is today the well-known multi-million dollar fast food empire.

The film shows how vision, process and courage made it possible for one man to build the largest food empire in the world.

This film marks Keaton’s return to the world of superheroes, this time as a villain in the Marvel universe. In this new version of the story of Peter Parker, the actor plays the Vulture, also a winged character and arms dealer who takes on the New York superhero.

Espinof’s specialized website described it as “the best wall-climbing film so far”, the film offers great performances, both from young promises Tom Holland and Zendaya, as well as from the already established Keaton.

Once again, Michael Keaton collaborates with Tim Burton in this classic from the 40s of Disney taken to live action, where the actor plays the villain vandemere, the evil owner of the circus where they perform Dumbo and his family.

Starring Michael Keaton and Stanley Tucci, the film focuses on the events after the terrible terrorist attacks of September 11, 2001 on the Twin Towers. The premiere of the film was on September 3, a few days before the 20th anniversary of the attack.

The clip features the character of Keaton, a man who was tasked with the difficult task of leading the Victim Compensation Fund. For that, he must find a way to adequately and equitably compensate all the relatives of the victims of September 11 with a chord, trying not to offend anyone and giving value to the lives that were lost. A crossroads between work, ethics and morals.

In 1982 he married actress Caroline McWilliams, whom he divorced in 1990. The couple had only one son, named Sean Douglas, born in 1983.

Among his next films are, Morbius, 2022 American superhero film based on the Marvel Comics character of the same name, produced by Columbia Pictures in association with Marvel and distributed by Sony Pictures Releasing, in which Keaton plays the role of Adrián Toomes / The Vulture A rescue engineer turned a Arms dealer who owns a suit with mechanical wings that give him the ability to fly.

One more is The Flash (2022) film based on the homonymous character of DC Comics, in which, Keaton will give life to the tycoon Bruce Wayne, but a larger version of an alternate universe, which protects, and of course, will once again give life to Batman, role that he had not performed since 1989.