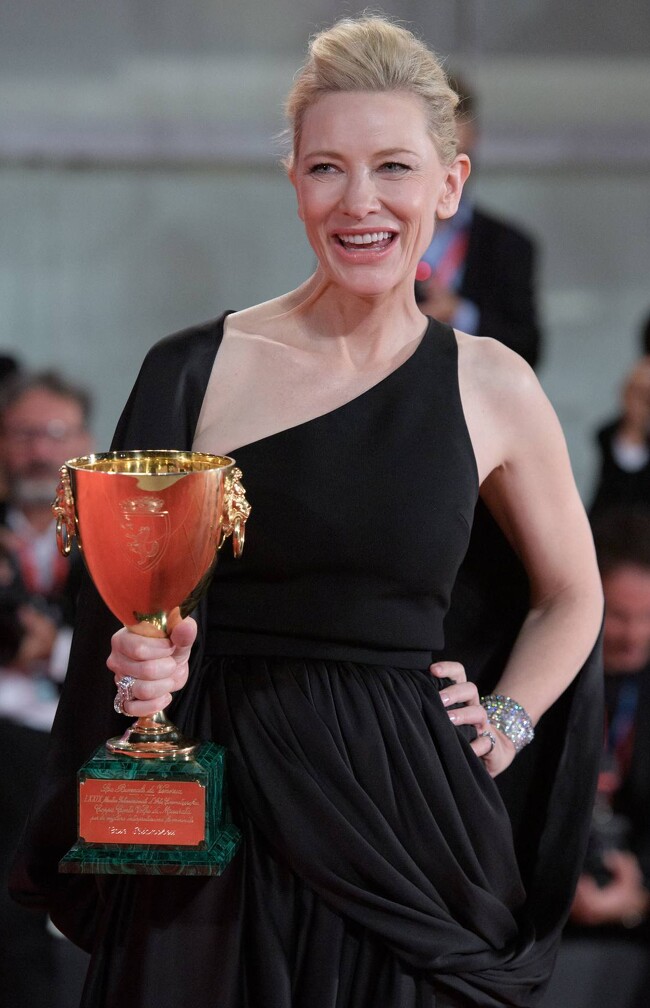 To attend the closing ceremony in which she won the award for best actress, the Australian has opted for a black dress that, although it seemed simple, had nothing classic.

The Venice Film Festival is over. Penélope Cruz already has a successor as winner of the Volpi Cup: Cate Blanchett. Surely the actress from Madrid is delighted that this is the case.

The 79th edition of the event has not disappointed, not even in terms of cinematographic quality – standing ovations for Brendan Fraser and the consecration of Ana de Armas with her Marilyn Monroe in Blonde—, nor for soap operas —the one with Florence Pugh, Olivia Wilde, Harry Styles, Chris Pine and company—, nor for looks. We saw, for example, one of the most surprising men’s suits so far this year: that red suit with a low back by Timothée Chalamet on the first weekend of the festival. And we have been able to admire divas like the aforementioned Ana de Armas and her spectacular Louis Vuitton dress, or Penélope Cruz herself and her classic Chanel dresses. Also to Juliane Moore, who has shone in the closing ceremony in which the great protagonist has been Cate Blanchett.

The Australian actress has been chosen best actress -the best actor has been another illustrious, Collin Farrell-, for her work as the orchestra director Lydia Tár, in TarTodd Ford’s return to cinema 16 years later (The room). “It is an honor to receive this award. The wonderful thing about this festival is that it once again invites the public to the theaters. And I want to say again to the public that has welcomed us and the film: thank you very much”, said Cate when picking up his Volpi Cup.

During her stay in Venice for the closing ceremony of the Mostra, we have seen Cate Blanchett give them a master class on how use classic colors and patterns with a modern twist. She, always impeccable, is aware that there are certain prints such as navy that will never fail in informal looks, and less so in Venice, a city surrounded and flooded by water.

Coincidence or not, the truth is that he appeared in the city on Saturday morning with a thin sweater with blue and white horizontal stripes, life insurance. So is the color black on more red carpets. It is the tone that the Australian actress chose to collect the Volpi Cup during the closing of the Biennale accompanied by her young daughter, Edith. 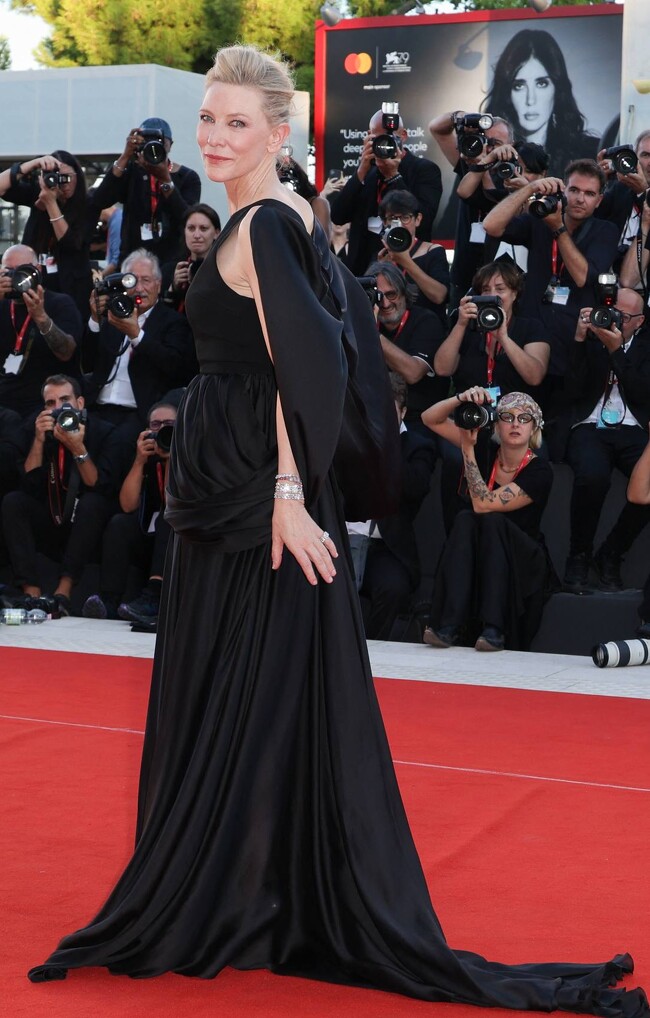 The dress is not the most spectacular that we have seen her wear these days – the floral jumpsuit she recently wore deserves a special mention – to Cate Blanchett throughout her career, but the bar is set very high at home. As always, she does not come down from the remarkable height thanks to that innate elegance and good taste that she possesses.

It is what can be highlighted, the elegance and sophistication of the black dress with asymmetrical neckline with balloon sleeves and cape effect with which she has posed on the red carpet of the closing gala of the film festival, where she has also once again shown off an exemplary beuty look, with natural makeup and an updo with raised bangs, toupee effect, included.

The best red carpet looks from the 2022 Venice Film Festival