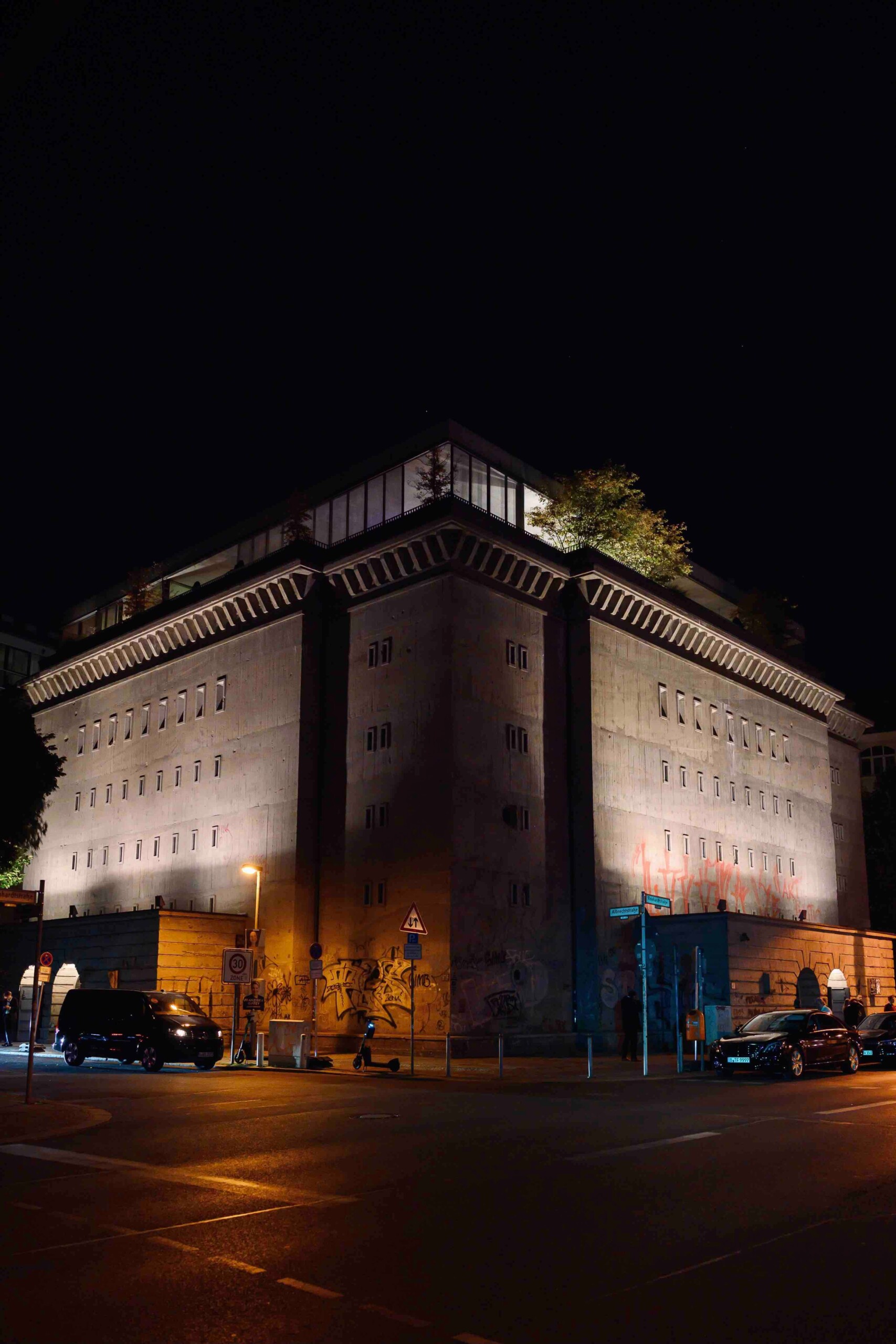 To celebrate the launch of its capsule collection Clash [Un]limited, the Cartier house opened the doors of the Boros collection, the exceptional foundation of contemporary art in Berlin, and welcomed its muse Lily Collins and singer Celeste for an extraordinary show.

It is therefore in Berlin that the famous French house has chosen to present this fall its new limited edition collection Clash. [Un]limited. The outrageous creativity and the radical spirit of the new Cartier creations could not find a better setting than the German capital and its arty bunker, a hallucinatory building from the Second World War completely refurbished to house the very confidential Boros collection. Cartier jewelry with an assumed punk spirit, black and white (accompanied by a few touches of purple) and worked around diamonds, onyx and amethyst, thus interacted with some of the most cutting-edge contemporary works. more avant-garde in recent years. The paintings of the young New Yorker Avery Singer hybridize, for example, references to the pictorial tradition and to the history of art with the use of 3D modeling tools developed for architecture or video games. This flamboyant and ultra contemporary clash conversed perfectly with the new pieces from the Cartier collection of the same name. With Clash One[limited], the volumes are exacerbated, spiky and out of the ordinary, the oversize spikes, the intense blacks… Everything is subversive and elegant. Like the sculptures of the Norwegian artist Yngve Holen, who does not hesitate to appropriate, dismantle and reassemble everyday objects, attacking the symbols of the strength and speed of the consumer society while by analyzing their capacity to seduce us. A washing machine is dissected: it transforms, dismembered, into a striking technological eye (Sensitive 8 Detergent).

Lily Collins, face of the Clash collection [Un]limited by Cartier.

With Clash [Un]limited, everything is also a matter of contrast set with impressive precision: to the radical geometry of the architectural lines responds to the movement of the jewelry itself – a central concept since the origin of the collection. The cones of rings and multi-pin bracelets move sideways to the touch (the distance between them is calculated to the millimeter) to offer an impressive sensory – and playful – experience. This mobility of creations is confirmed even in the many possibilities of wearing. Cartier is betting on originality and hits the mark with its reversible bracelets and necklaces, its pocket jewels, its daring two-finger rings whose onyx base slips sensually between two phalanges to hold itself as if by magic. Or even with the masterpiece of know-how represented by a mitten watch in rose gold mesh paved with a constellation of diamonds in which is inscribed an elongated Baignoire watch adorned with spikes.

British singer Celeste at the launch of the Clash capsule collection [Un]limited de Cartier in Berlin.

All in extreme tension and duality, the collection could not find a better symbol to represent it that the collision between the radicality of the Boros building, raw and concrete bunker of 3,000 m2, and the sweetness of the British singer Celeste, invited by Cartier to perform there. A meeting at the top, between earth and sky. Her golden voice, influenced by the greatest jazz and soul singers, has allowed her to experience an irresistible rise. Surprisingly delicate, the diva impresses live with her extraordinary expressiveness carried by a slightly cracked grain of voice. A clash succeeds between strength and fragility, for an overwhelming result.