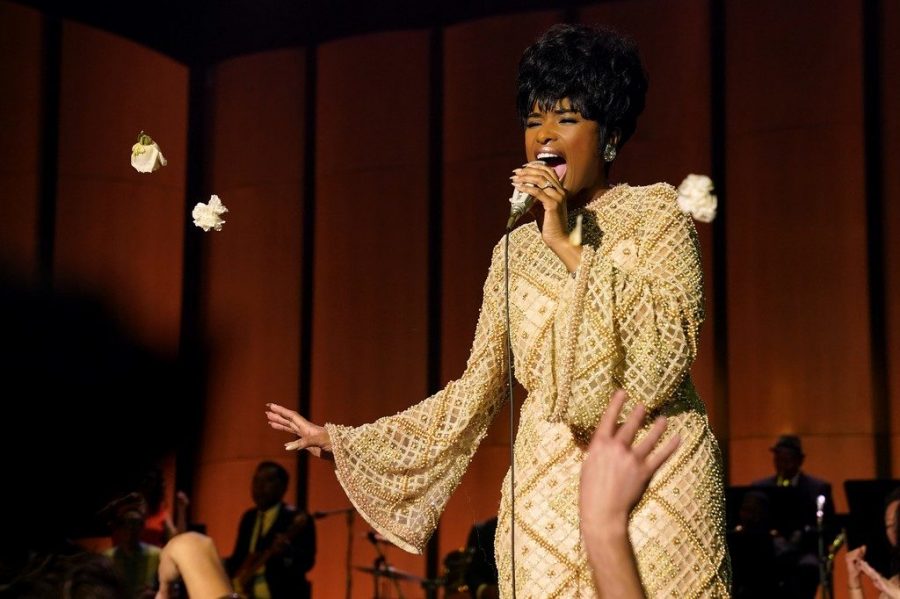 Working together for the first time, Grammy award winners Carole King and Jennifer Hudson co-wrote “Here I Am (Singing My Way Home),” the only original song to appear in the upcoming Aretha Franklin biopic, “Respect.”

Recall that the 1967 version of Franklin that defined the career of “(You Make Me Feel Like) A Natural Woman”, was co-written between King with Gerry Goffin, and became one of the signature classics of the queen of soul.

Also, behind the team behind “Here I Am (Singing My Way Home)” are co-writer Jamie Hartman (Lewis Capaldi, Christina Aguilera) and Black Eyed Peas co-founder and Grammy-winning producer will.i.am, who produced track.

Hudson said of the song:

Music is as alive and breathing a character in this movie as it was in Mrs. Franklin’s life. The process of creating this song was like building the greatest tribute he could offer to his spirit. It was the final breath of this extraordinary project and one that I fully let go of. Being able to do it with Carole and Jamie was an incredible privilege.

Adding: “Our goal was to show that music was always the anchor for Ms. Franklin, in everything she did, and I hope this song illustrates the strength of her voice, both literally and figuratively, that always brought her home.” , he concluded.

King also addressed the creation saying, “Writing a song with Jamie Hartman and Jennifer Hudson felt familiar and fresh at the same time. The songwriting process continues to amaze me. One minute there is nothing and then a song emerges from the seed of an idea ”.

“Respect” will be released in August this year, when the soundtrack will also be available.

The song is available on different platforms to be heard, but at the moment Spotify cannot be heard from Chile.