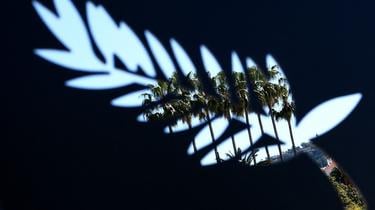 The Cannes Film Festival will make its big comeback in the South of France from May 17 to 28. While waiting for the stars to arrive on the Croisette, here is everything you need to know about this high mass of the 7th art.

In total, 18 films compete in official competition to win the Palme d’Or, among the more than 2,000 submitted to selectors from 155 countries.

Among the filmmakers accustomed to the exercise and already crowned, we will find in particular Jean-Pierre and Luc Dardenne with “Tori and Lokita”, Ruben Östlund, who signs “Triangle of Sadness”, the Japanese Hirokazu Kore-eda with “Broker”, which stars Song Kang-ho, the star of “Parasite”, and Cristian Mungiu who directed “RMN”.

This year, only three directors have been selected to try to succeed Julia Ducournau, who won the Palme d’or in 2021 with “Titane”. The French Claire Denis will be in the running with “Stars at noon”, an “ambient film, on the edge of the diplomatic thriller”, explained this Thursday April 14 during the press conference Thierry Frémaux, the general delegate of the festival.

We will also find Valéria Bruni Tedeschi with “Les Amandiers”, while the American Kelly Reichardt will present “Showing Up”.

A tribute to Tom Cruise

The film “Top Gun: Maverick” will be screened out of competition on May 18 on the Croisette. It will be presented in person by actor Tom Cruise, who takes over the role of Pete “Maverick” Mitchell, one of the best fighter pilots in the American Navy, 36 years after the first cult opus. On this occasion, a great tribute will be paid to the 59-year-old actor.

On the list of films out of competition, there are also “Elvis”, a biopic by Baz Luhrmann, “Mascarade”, by Nicolas Bedos, “Three thousand years waiting for you”, by George Miller, and the feature film “November” , on the attacks of November 13, directed by Cédric Jimenez and starring Jean Dujardin.

A zombie comedy as the opening film

After “Annette”, by Leos Carax, a musical with Marion Cotillard and Adam Driver, it is the film “Z (comme Z)” by Michel Hazanavicius, Oscar winner for “The Artist”, which will open the Cannes Film Festival.

Expected in French theaters on June 15, this comedy features a zombie film shoot in a disused building, which will be invaded by real living dead. The cast is made up of Romain Duris, Matilda Lutz, Bérénice Béjo, as well as Grégory Gadebois, Jean-Pascal Zadi, and Finnegan Oldfield.

A key figure in French cinema, actress Virginie Efira will present the opening and closing ceremonies of the 75th Cannes Film Festival. The actress, who thus succeeds Doria Tillier, was already present at the festival last year to present the film “Benedetta” by Paul Verhoeven, in which she slips into the skin of a lesbian nun.

Ukrainian filmmakers in the spotlight

As the Russian army entered Ukraine, the festival honored two Ukrainian filmmakers. Sergei Loznitsa’s film “The Natural History of Destruction” will be screened out of competition during a special screening and Maksim Nakonechnyi will represent the country with his first film “Bachennya Metelyka”, which was selected in the Un Certain Regard section.

And a Russian filmmaker

Russian filmmaker Kirill Serebrennikov will be in official competition. He signs “Zhena Chaikovskogo”, a historical film on the wife of the composer Tchaikovsky. The director, who left his country to live in Berlin and opposes Vladimir Putin’s war, is in competition for the third time (“Leto” and “Petrov fever”). The filmmaker, also a director, will also open the opening of the Avignon Festival on July 7 with one of his plays.

What about the jury?

For the time being, we do not know who will be Spike Lee’s successor as president of the jury. His name, as well as the composition of the jury, will be revealed soon, said Thierry Frémaux.

Cannes Film Festival 2022: Competition, Ukraine, Tom Cruise… All you need to know about the 75th edition