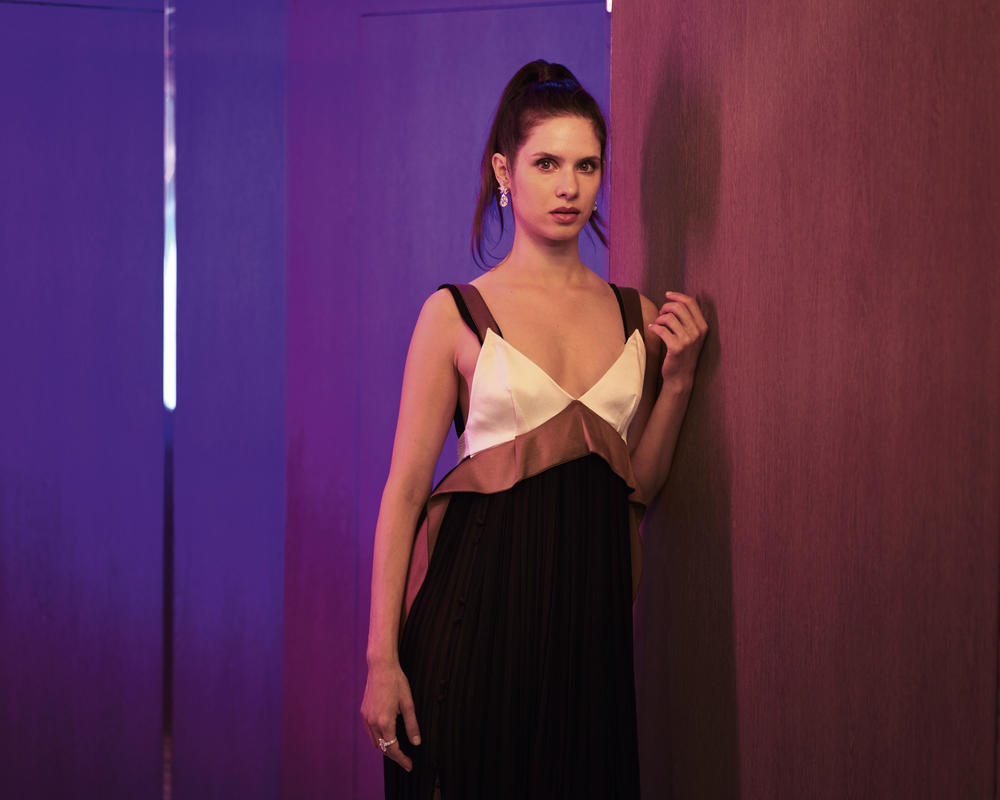 SATURDAY JULY 10 – The story of Sean Penn’s love and disenchantment with the Festival, Léa Seydoux positive for the Covid, rather lenient health weather and underdressed heels, little noises and whispers live from Cannes.

The story, told in particular by the Hollywood Reporter, is hardly believable. In 1984, Sean Penn, a young actor 23 years old almost unknown, initiates a conversation in a bar with Harry Dean Stanton, whom he had already crossed a few years before but who does not recognize him. Stanton explains that he leaves the next day to present at the Cannes Film Festival Paris, Texas, by Wim Wenders (who will also win the Palme d’Or). With guts, Penn asks this colleague he admires if he can accompany him… and this one accepts! It must be said that according to Wim WendersStanton was nervous about going alone on the Croisette, and Wenders had advised him to take a personal assistant. Anyway, here is the duo on board a flight to France. “All Sean had on him was a passport and a toothbrush,” later told Stanton (quoted in Harry Dean Stanton: Hollywood’s Zen Rebel, by Joseph B. Atkins). For five days, Penn shared a room with his eldest son, then 57, before being kindly asked to be accommodated elsewhere. No problem: a meeting with Robert De Niro and Joe Pesci (who came for the selection ofOnce upon a time in America by Sergio Leone) later, and the former pays him a room at the Hotel du Cap for the remainder of the stay.

This will be the beginning of a long relationship with the Cannes Film Festival, since Sean Penn will return there over the years to present no less than eleven films – not to mention the time he was president of the jury, in 2008. He will also win. the Best Actor Award for She’s So Lovely, by Nick Cassavetes, in 1997. Alas for him, this beautiful love story was interrupted in 2016, when he came to accompany a film he had directed, The Last Face. Even before the official evening screening, the critics, who had seen the film that morning, did not hesitate to say how badly they thought (« horrible », ” a purge “, “A nanar”, “A failure” were some of the qualifiers used). A fiasco that no doubt inspired the general delegate of the Festival Thierry Frémaux, who, two years later, decided to postpone the press screenings to the same time as the official screenings so that journalists could no longer give their opinion before the rise of steps, and potentially spoil the festival of film teams … A few days ago, the same Thierry Frémaux explained to Madame Figaro what « Sean Penn [était] very happy to come back to competition, but there is undoubtedly a slight apprehension, legitimate ”. At least if we are to believe an interview given to Deadline, the actor-director does not seem too resentful: “People may not like a movie, but if you go [à Cannes] by believing in your work, and if you go there on terms that suit you, then there’s bound to be some kind of magic, no matter what. ” – Thomas Bécard

“I realized when I got the Oscar [pour Will Hunting] that it was a turning point in my life. With Ben (Affleck), we didn’t have a strategy, and the only rule we had was to love the movie.
Our life changed in 1998 forever. We wanted to get out of our rotten apartment where Ben was sleeping on the sofa because he had been dumped and suddenly we were on the magazine cover Variety. We would take him everywhere saying: “It’s us on the cover, we have money, you can rent us your apartment!” “
Matt Damon, during a masterclass given yesterday, July 9

► We only thought we would see her on the Croisette, since she plays in four films presented at the Festival, including three in competition: but Léa Seydoux might not come, because according to Variety, she tested positive for Covid (she would be asymptomatic), after being contaminated on a shoot.

► Remember, in 2015, the case made a lot of noise: several women could not walk the red carpet because they were wearing shoes with flat heels. The Festival management had to apologize and affirm that they were indeed authorized to climb the steps. We would have thought that in 2021, we could move on. Well no, a journalist from Arte almost got turned away because his heels were deemed not dressed enough for safety.

► Health weather forecast: for the moment, the Cannes Film Festival has not yet turned into a giant cluster, if we are to believe what its secretary general said at Variety : out of the several thousand tests carried out each day, there are only three positive cases on average per day.

► The divide, by Catherine Corsini (competition): Catherine Corsini plunges Pio Marmaï, Valeria Bruni Tedeschi and Marina Foïs into the heart of the yellow vests and public hospital crisis and reveals a shattered France. A film of anger and humor that questions the place of the bourgeois left in the current stagnation.

► Where’s Anne Frank!, by Ari Folman (out of competition): by connecting the tragedy of the Holocaust and the story of Anne Frank with the plight of today’s refugees, Ari Folman makes a rather inventive animated film that poses an essential moral and political question but which gets lost in a sometimes awkward parallelism.

The recap of the notes: The table of films from the competition, which allows you to see our critical opinions at a glance, can be found here.