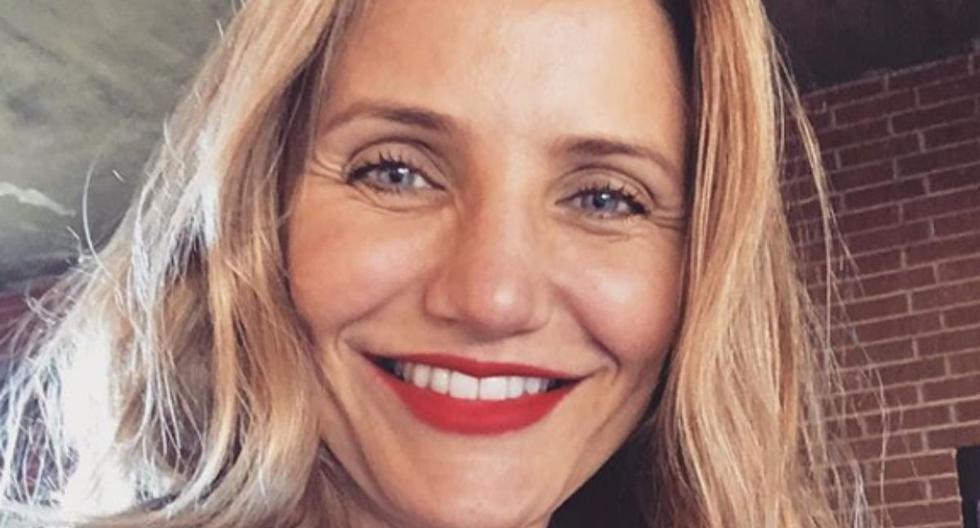 Cameron Diaz rose to fame in the 1990s for his roles in such films as “The Mask,” “My Best Friend’s Wedding” and “There’s Something About Mary.” The American actress has a broad artistic career; However, in 2018 he made the decision to walk away from acting.

In statements to the comedian Kevin Hart, in one of the episodes of his show “Hart to Heart”, the 48-year-old artist explained why she walked away from the spotlight.

MORE INFORMATION: Cameron Diaz and the story behind the adult film he made when he was 19

During the talk, the actress confessed that around the age of 40 she realized that she had to take charge of her life and personally attend to those aspects that she had relegated. Now, just days after her 49th birthday, she assures that she feels totally fulfilled.

“I really wanted my life to be manageable for me. My routine in one day is literally what I can do for myself “, he stated. “I feel full”.

MORE INFORMATION: Cameron Diaz says she loves being a mother and talks about her husband

WHAT IS CAMERON DIAZ’S LIFE LIKE AFTER LEAVING THE PERFORMANCE?

According to the artist, since she made the decision to walk away from acting, she has time to focus on doing the things that she could not do before, such as getting to know her husband, the musician, better. Benji Madden.

Also, in December 2019, Diaz and Madden became parents to a girl named Raddix, who they wish to keep anonymous for a powerful reason. “I want her to have autonomy”the actress warned.

MORE INFORMATION: Cameron Diaz launches his own “clean” wine made from Spanish grapes

On the other hand, the interpreter said that although she left acting, she had not planned to stop working, so she looked for a way to do it from home. This is how it came about ‘Avaline’, his own wine brand.

Together with the businesswoman Katherine Power, the artist launched a white wine and a rosé made with organic grapes from the Penedès. Through his social networks, Diaz shares images touring the vineyards where he learned to work the land.

MORE INFORMATION: Cameron Díaz’s husband tattooed the name of his beloved on his chest

Although Cameron is enjoying motherhood, her husband and her business, she admits that acting is her passion and does not rule out returning to the screens, although for now she does not want to do it, since she cannot imagine being away from her daughter for many hours.

HOW DID CAMERON DIAZ AND BENJI MADDEN MEET?

Cameron Diaz He said that even though he knew the former rocker’s sister-in-law and his brother, Nicole Richie and Joel Madden, respectively, she only saw who her future husband would be a chance and that time he said: “He is good”.

They never agreed again until he organized a dinner at his house with Nicole and Joel, who asked him if they could invite his brother Benji, something he accepted. “Then I saw him again. How come you didn’t know about him before? We had never been in the same circle “, he pointed out in an interview to AND! News.

After meeting him, the chemistry emerged instantly and it was mutual, from that moment they began to date. The couple was doing so well in their romance that They decided to get engaged shortly after they started seeing each other, and less than a month of courtship, they made the decision to marry. Them they said yes on January 5, 2015. Very close people attended the ceremony.

“You know, nothing matters now that I have my husband. Nobody compares [a él]. (…). We got married in our living room in front of our friends. We had a little party in our backyard on the tennis court. “, he pointed.