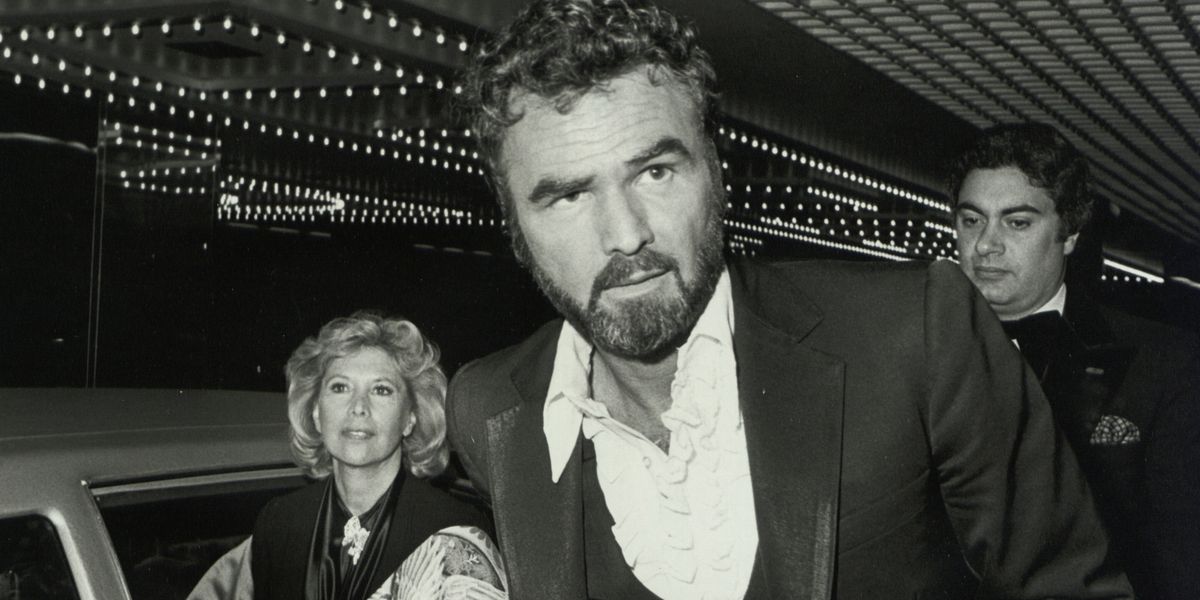 Burt Reynolds, protagonist of The Caraduras, Defense and Boogie NightsHe was 82 when he passed away in 2018, just three years ago today. The actor’s career spanned seven decades, but it was in the 70s and 80s that he became Hollywood’s most sought-after star. He was also the most stylish guy in the place. These 40 memorable photos show why even today her way of dressing would be more relevant than ever.

This photo without date or location (probably Las Vegas) is a demonstration of what cool that was Reynolds.

Reynolds, 1975 and a very fine cardigan.

You have carte blanche to steal this look typical of the 80s.

He could make any car look iconic. Here we see him posing with Jim Nabors and Hal Needham during the filming of Stroker Ace in 1982, at the Lakewood Park race track in Atlanta.

Posing with Jane Fonda and Warren Betty in 1978. Please, let’s stop and appreciate that ruffled shirt.

He hallucinates with that neck. This is how you entered a premiere in Los Angeles in 1978.

Here we have him making a toast in 1994 at the opening of his Miami Beach restaurant.

Reynolds outside the Los Angeles airport after arriving from Miami in 1972. The sunglasses, the shirt, the jacket … all incredible clothes but, if we look closely, we can see a turtleneck. A true ahead of its time.

Reynolds showing off style in a tan suit. Undated photo.

Reynolds attends the premiere of Lucky Lady’s Adventurers on December 11, 1975, at the Ziegfeld Theater in New York. Top marks for that apple tie and oversized lapels.

Reynolds casual in a gingham shirt in 1980.

Reynolds in a satin bomber jacket and nothing underneath, featuring the Saturday Night Live on April 12, 1980.

Needless to say, how good he looks in a tux. Here we see him accompanied by Loni Anderson at the world premiere of Very hot city on December 5, 1984 at Mann’s Chineses Theater.

Reynolds casting a prying glance at someone in the presentation of Annie on November 4, 1977, in New York.

Reynolds being everything cool That can be done with a pink shirt when leaving the Palm restaurant in Beverly Hills. April 1977.

Reynolds gives us style lessons again at the Dorchester Hotel in London, July 1973.

Reynolds relaxing in a scene from the series Hawk, on 1966.

Reynolds poses dressed as his character in The Caraduras in the seventies.

The actor sunbathes on an inflatable mattress at Dick Clark’s house during a pool party in 1960.

Reynolds and his co-star in The Atlanta Executioner, Rachel Ward, pose together during a promotional photoshoot for the film.

Here we see him embodying his character in The reckless man 1969.

Reynolds and his co-star in The Caraduras and later girlfriend, Sally Fields, in 1978. The couple met on the set, began dating in 1977 and were together for five years.

A clean-shaven Reynolds dining with friends at a casual party. Los Angeles, 1959.

In 1998, a well-groomed Reynolds accepts his Golden Globe for best supporting actor for Boogie Nights.

In 1973, Reynolds shoots a scene from Passion for Danger with Dyan Cannon, who had just divorced actor Cary Grant.

Reynolds taking a seat in the theater with his companion, Bernadette Peters. The actors came to see Molly and Broadway.

Here we see him dressed in a wide lapel shirt and jacket, on his way to the plane at the Los Angeles airport in 1973.

Reynolds greets his fans as he arrives at the 46th Annual Academy Awards (1974) accompanied by Dinah Shore. The actor left some impressive sideburns for the occasion.

Reynolds in the dressing room with actor Kris Kristofferson, shooting a scene from He … she … and him.

The actor making an appearance in The Morning Show with a look at the same casual as cool. We see him accompanied by Regis Philbin and Ann Abernathy (1984).

In 1983, Reynolds holds up his People’s Choice Award as he gets into the car at the end of the evening. The actor won the award for best actor and best male artist for his role in Best Friends.

Reynolds was stopped by a police officer outside CBS Studios in 1972. The actor had just finished his television series. Dan August in the study.

The actor is caught having an emotional moment with his girlfriend at the time, Lori Nelson, while they were attending a party in Hollywood in the early 1960s.

Reynolds poses in a shooting in 1985, the year Strick was released in theaters.

Reynolds captured by photographers leaving a party in New York in 1983, wearing a blue velvet jacket.