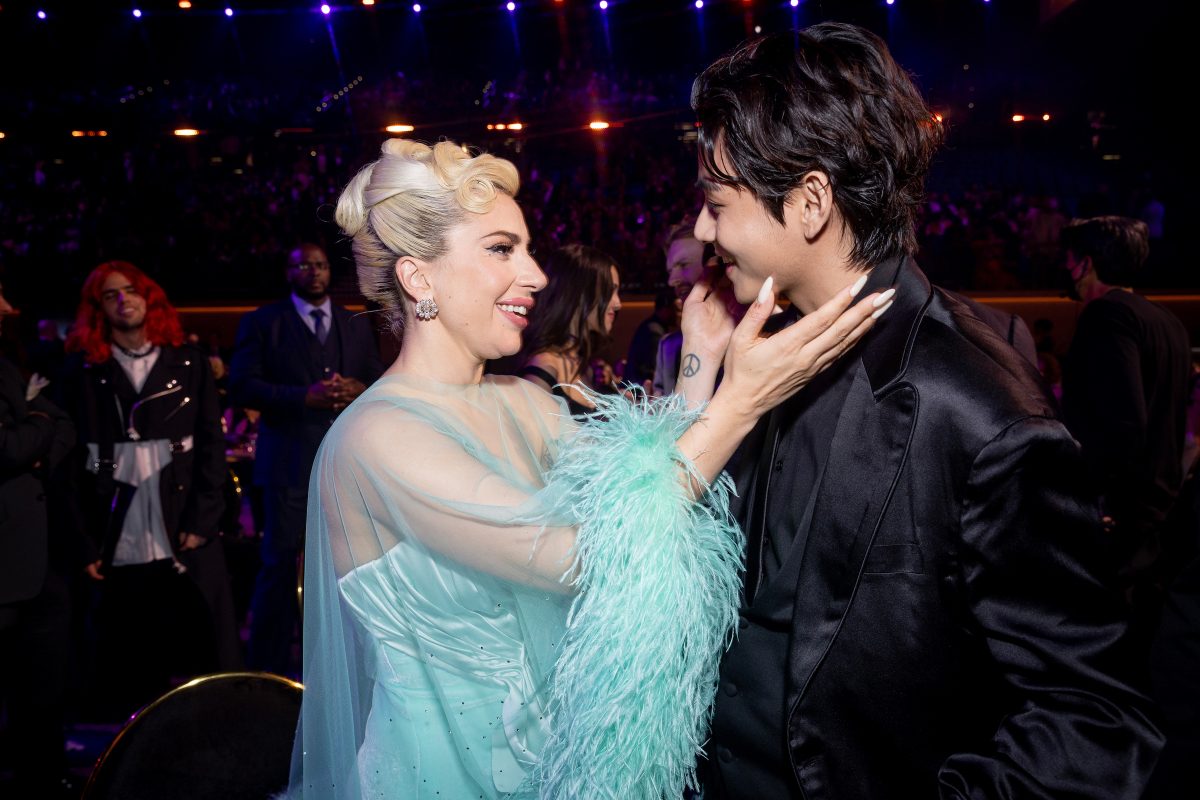 BTS’s V often shares his love for jazz music on his Instagram account. After V met Lady Gaga at the 2022 Grammy Awards, she posted photos of him with the “Love For Sale” singer, calling Lady Gaga her “queen of jazz.”

They are smooth as butter. BTS is known for its pop music, earning Grammy nominations for “Butter” and “Dynamite.” These K-pop artists often explore other music genres, with RM, J-Hope, and Suga each releasing solo music as rappers.

V is a fan of all things jazz, and this singer recently learned to play the trumpet and shared his support for Lady Gaga and Tony Bennett’s 2021 release. love for sale Along with the other members of BTS, V watched Lady Gaga perform jazz live at the 2022 Grammy Awards.

“Seriously, I saw that video of Lady Gaga and Tony [Bennett] so many times,” V said during a post-Grammys livestream, according to a fan translation. “When she sang that solo, I almost cried.”

With no other BTS members, V approached Lady Gaga at the award ceremony. Exactly what these artists said to each other is unclear. Still, fans saw photos of the two artists embracing each other, with Lady Gaga kissing V on the cheek.

V later shared a series of photos with Lady Gaga on Instagram, tagging the House of Gucci actor and captioning it “my jazz queen is @ladygaga.” Even though he got thousands of likes, the singer deleted the post.

This interaction was one of the first times a BTS member met Lady Gaga. However, Lady Gaga wouldn’t be the only celebrity V spent time with during Grammy Awards weekend. At the ceremony, V sat next to Olivia Rodrigo during the group’s performance of “Butter,” and even whispered something in her ear.

Then, V and Album of the Year winner Jon Batiste went to dinner, and V posted photos of the special moment. Of course, V had to visit a jazz club while spending time in Las Vegas. He posted a video of himself dancing to a version of “Fly Me To the Moon.”

Some jazz elements are incorporated into V’s solo music, especially with songs like “Singularity” and “Stigma”. Even when he danced to BTS group songs, V emulated some of his favorite jazz artists. During an interview with Weverse magazine, V said that jazz musicians are usually the artists he thinks are “cool.”

“Those two were also a huge inspiration to me while we were working on ‘Dynamite,’” V said. “Sinatra has all this jazzy body language, but he also put some disco into it. And I imagined how Sammy Davis Jr. would dance if there was a microphone on stage and he had to dance around it.”

RELATED: BTS’s V Gets Into The Holiday Spirit By Listening To Holiday LPs And These Jazz Artists