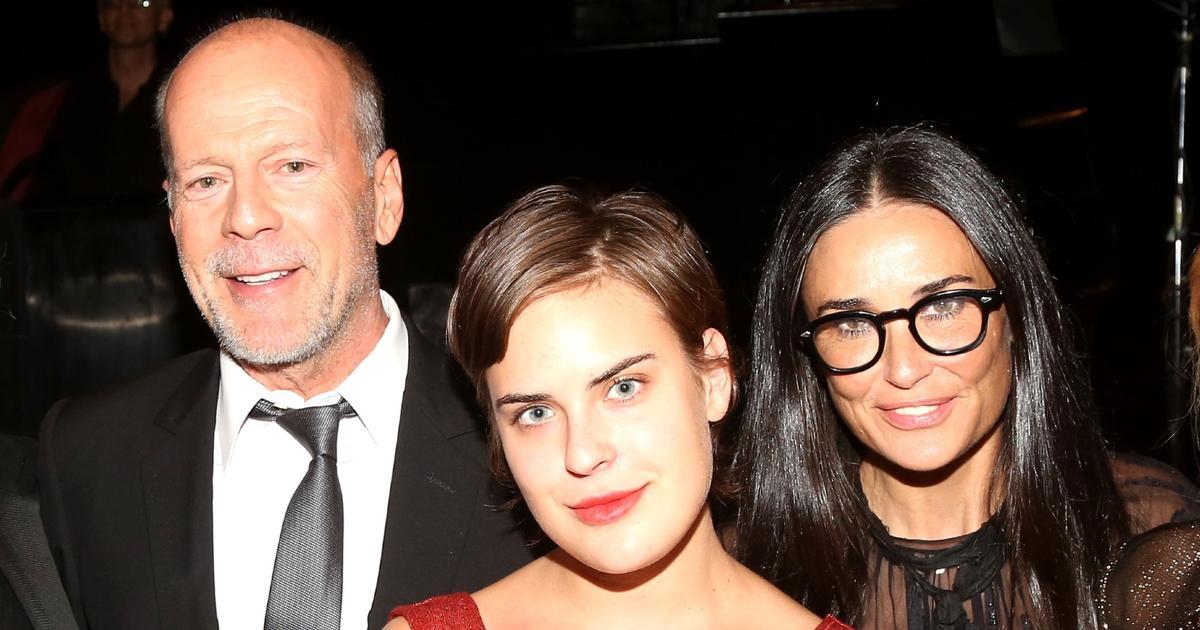 Tallulah willis, the youngest daughter of Bruce Willis Y Demi moore, decided to talk about her struggle with body dysmorphia, and reflected on social media about the physical insecurities she has faced over the years.

Tallula, who recently announced her engagement to the film director Dillon Buss, He shared on Instagram a series of photographs of himself, as well as of his famous mother from a few decades ago, and together with them he wrote a profound message about body dysmorphic disorder.

“It took me too long to realize that: A. Aging happens without your control, time passes and your face can change. B. I punished myself for not looking like my mother, after I was told that I was a twin [de Bruce Willis] since I was born; The resemblance bothered me because I believed that my ‘masculine’ face was the only reason for my lack of love. FALSE! “Commented the 27-year-old.

“You need to soothe the wound inside your soul before trying to ‘fix’ the outer parts,” Willis added.

“We all want to feel good and safe, but when it sneaks into a deeper and more creepy place where it begins to devour your essence little by little, it asks for help,” he commented.

“Do not feel ashamed, this is not a ‘stupid and vain matter’, it is a genuine psychological pain and I see it so clearly and I am a witness to the validity of your fight,” he said.

She also shared a list of things she will do for herself when in a spiral like this, including going for a walk and listening to music, removing mirrors, reading fantasy fiction books, and taking a bath.

Similarly, Willis added that allowing yourself a break from social media is also important, as is writing down your thoughts before breaking and burning them.

In the comment section of the post, Demi Moore sent a sweet message to her daughter and wrote, “Beautifully performed. Beautifully expressed. Beautiful to witness.”

Recently, Tallula announced her engagement to Dillon Buss, with whom she has been dating at least since February 2020, the month in which they made their relationship official on Instagram.

The couple confirmed the news by posting several photos of the exact moment when Dillon asked Tallulah’s hand in the garden of the house they both share.

Following the news of their engagement, Moore congratulated Tallulah with two celebratory snapshots on her Instagram account.

The first photo showed a sweet selfie of Tallulah and Buss each kissing Moore on his cheek, while the second snapshot included a screenshot of a family FaceTime call in which Moore and his other two daughters, Scout, 29 years old, and Rumer, 32, congratulated her.

Subscribe to our newsletter to receive in your email the latest news from your favorite celebrities!

Tallulah, Demi Moore’s daughter, revealed why she hasn’t spoken to her mom in 3 years.

IN VIDEO: This is Rumer Willis, the beautiful older daughter Demi Moore and Bruce Willis.