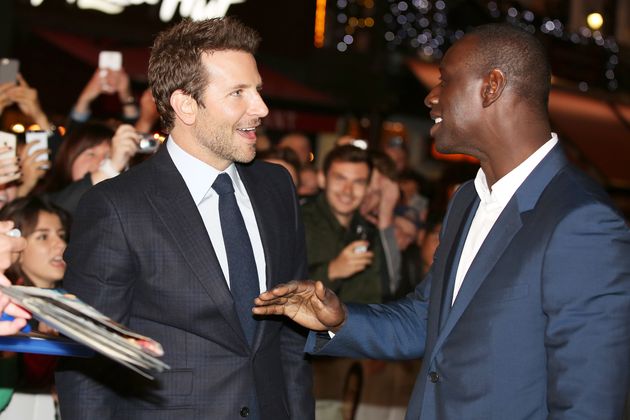 OMAR SY – Omar Sy couldn’t have asked for better. The actor was named this Wednesday, September 15 in the prestigious list of the 100 most influential people in the world of Time. And to paint a portrait of the only Frenchman present in the ranking of the American magazine this year, it is Bradley Cooper that was chosen.

Which is anything but trivial, since the two actors, who met on the set of the film To Vif! released in 2015, are lifelong friends. “Omar Sy has an irresistible laugh. It’s contagious. It is one of his many superpowers, which he possesses both as an actor and as a human ”, writing Bradley Cooper at first. And to look back on the day he crossed paths with him for the first time: “I immediately felt his energy. He is present, open, happy to be there. It is a real light ”.

A meeting during which was born a beautiful bond, as explained by the interpreter of Chris Kyle in the film American Sniper. “We had a lot of fun preparing To Vif!, both cooking with a team of professionals and even having the rare opportunity to work with some of London’s top chefs ”. And to admit that he was “impatient to play alongside him” after seeing “his incredible performance in Untouchables (in 2011)”.

“Omar Sy has all the talents”

Omar Sy had also confided a few months ago that he “had a lot of fun” on the set of the culinary feature film. “We spent our time cooking, eating, telling jokes … It was really very, very cool”, he revealed last February at the microphone of 50′ Inside on TF1.

“He transforms completely for every character he plays, he demonstrated it again this year with ‘Lupine’, the Netflix series in which he plays a master of disguise,” continued Bradley Cooper in his praise, praising the versatility and the benevolence of his friend. “Omar has all the talents, he can do anything: produce, direct, etc. And he will do it with all his open and generous heart ”. And to conclude: “If there is no way out, it is thanks to his kindness that he will come out and take you with him. A strong, trusting, easy-going kindness. That’s all we need right now”.

Already known internationally since the success of the film Untouchables, Omar Sy was the hero in 2021 of the series Lupin, the first great French success on Netflix, which has won tens of millions of subscribers around the world.

In the list of Time, the actor appears alongside other artists such as actresses Scarlett Johansson and Kate Winslet, director Chloé Zhao, who was crowned at the Oscars for her film Nomadland, or the American singer Lil Nas X.

See also on The HuffPost: For the Euro, Arsène Lupine invites himself to the Instagram posts of the players