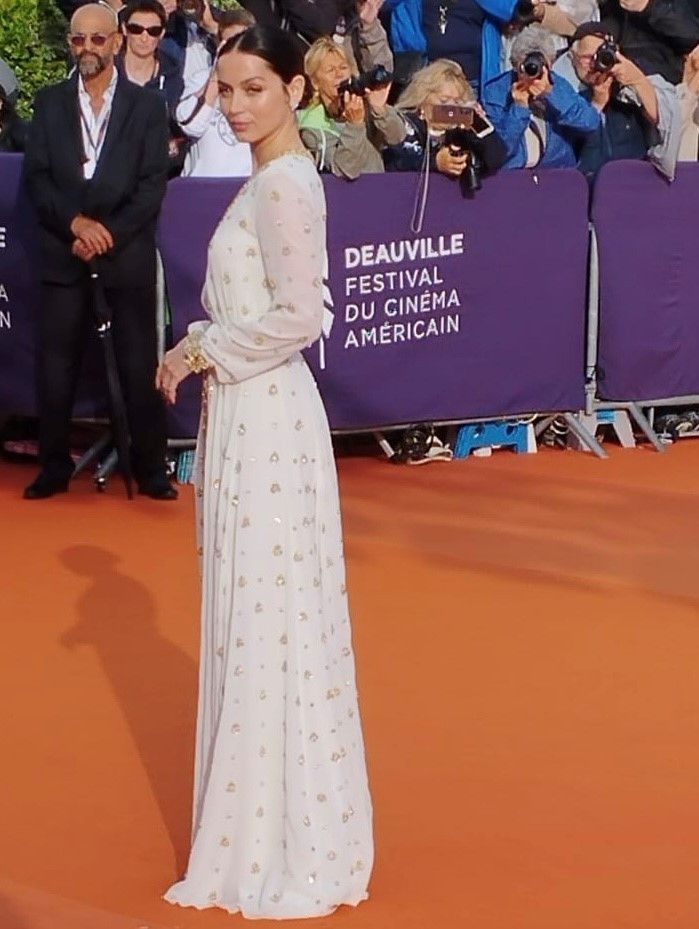 Director Andrew Dominik tackles a Hollywood myth: Marilyn Monroe, who died 60 years ago, or rather Norma Jean Baker, about whom he recounts all the neuroses and traumas for 2 hours and 45 minutes. A film with a taste of sulfur, not only by the presence of torrid scenes which earned it a ban on those under 18 in the United States, but also by the assumed choice to make Marilyn Monroe’s life a long and tragic descent to hell. At the antipodes of glossy images.

Friday evening in Deauville, the first spectators of Blonde hair were in shock, both moved and upset to discover a Norma Jean Baker being devoured by the spooky double, the very creature she spawned.

To embody this blonde, Andrew Dominik had first thought of Naomi Watts or Jessica Chastain, but it was finally the Cuban Ana de Armas, 34, who appeared in blade runner 2049 by Denis Villeneuve, or with Daniel Craig, in goodyears, 60 years ago. Before the studios made it THEIR Marilyn Monroe, object of fantasies to feed the American dream machine of the fifties.

The film focuses on portraying a woman hurt by the men she has met throughout her life. A way of the cross begun in childhood by the absence of her totally idealized father, whom she will seek to meet in vain all her life, the presence of a mad mother who tries to drown her, and locks her in a drawer as a cradle. It continues with the producers who objectify her at leisure, the actors she knew and her husbands Joe di Maggio, and Arthur Miller (amazing Adrian Brody) whom she all called “dad”.

To recount this life of suffering and the extreme brutality of the abuse she suffered, the director chose the voice-over of Marylin. A voice that begs to be looked at, not desired. Nothing is spared us: beatings, miscarriages, abortions, sexual violence imposed on her by a certain John Fitzgerald Kennedy, psychiatric disorders, drug addiction. A life of blood and tears that the choice of black and white dramatizes even more. The viewer is literally inside Marilyn’s head, lying on the director’s couch. Marilyn unhappy with her obsession to be loved for what she is intrinsically more than for her acting skills, or the eroticism and sensuality she exudes.

The director plays with the codes of horror films to recount his traumas: the burning house, the spurting blood, the fetuses in close-up, like so many markers of a sacrificed life. We literally come out wrung out in front of so much suffering and incomprehension. Marilyn Monroe is alone, desperately alone and misunderstood.

Andrew Dominik is virtuoso in moving from black and white, the nightmarish negative of Marylin’s life, to color and the star’s rare happy moments. A visual skill that takes genius to illustrate the chaotic world of Marylin Monroe. A deconstructed narration that does absolutely no harm to this long session of psychoanalysis offered by Blonde. Like the novel from which it is based, the film is less interested in chronological veracity than in Marylin’s psyche. It allows the New Zealand director to blur the boundaries between real memories and hallucinations. A visual chaos that makes it a real great movie and especially not a biopic.

The film is deliberately elliptical, with the only benchmarks being reconstructions of key films in which Marylin has played. Trouble me tonight at Some like it hot… Scenes that are forever etched in our memories as moviegoers and that make us measure all the more the hell that this meteor actress went through.

Blonde hair is a film beyond its subject, baroque and dreamlike, irritating and hypnotic. A necessary film to glimpse behind the scenes of Hollywood which crushed, in 10 years, a little girl who just wanted to be loved.

“Blonde”, the dark side of Marilyn Monroe revealed on the screen