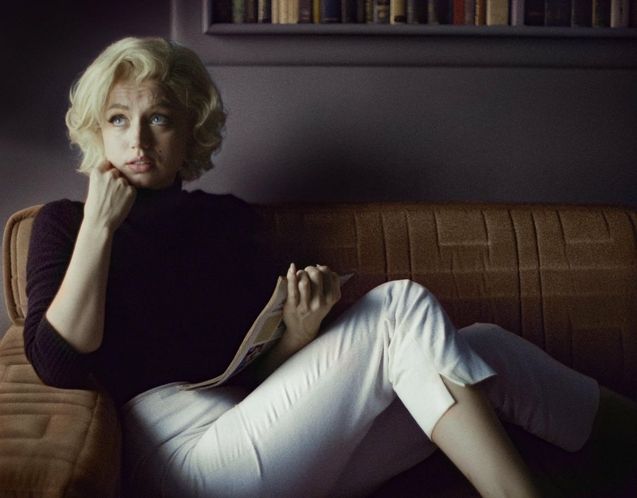 Ana de Armas plays the sulphurous Marilyn Monroe in Blonde hairthe faux-biopic directed by Andrew Dominik, which is revealed in an exciting first teaser for Netflix.

While Ryan Gosling has just revealed his abs in image for the film Barbie, he will not be the only blond to invade our screens. Indeed, the most famous of blondes, Marilyn Monroe, will be entitled to her biopic and, barely announced, the film was already controversial. After rumors of rather crude sex scenes, Netflix has announced that the film will be banned for minors (in American cinemas anyway), this is the first time that the platform has assigned this classification to one of its films.

Subsequently, the director compared Blonde hair at Citizen Kane and raging bull, just that. After all these statements, we waited impatiently for Blonde hair reveals itself even more and our wishes have been granted since a first teaser has just been unveiled and it announces a film as magnificent as it is tragic.

In less than a minute, the teaser manages to make you feel all the sadness that emanates from this tragic character. It is an adaptation of the novel of the same name by Joyce Carol Oates which itself is a free adaptation of the life of Marilyn Monroe. Blonde hair is therefore not a precise biography, but a rereading, an interpretation. However, we recognize moments that have become iconic, such as the lifting of her white dress.

But this first teaser does not only show glory, it reveals a saddened Marilyn, assailed by photographers, even downright prone to madness. Blonde hair could therefore be the perfect middle ground between the public and the private, fame and forfeiture. In addition to a photographic black and white, we discover above all that‘Ana de Armas is the true carbon copy of the actress. The actress also gave some details about the film:

“The film is neither linear nor conventional. It is a sensory and emotional experience. The story progresses according to Marilyn’s feelings and what she is going through. At times, we dive into her body and her mind, which will allow the viewer to understand what Norma or Marilyn might have felt.”

The cast of the Netflix film is also made up of Adrien Brody, Bobby Cannavale, Julianne Nicholson, Sara Paxton, and even Toby Huss. The photography is directed by Chayse Irvin, the chief operator of the clip Lemonade of Beyoncé and BlacKkKlansman and we even find a certain Brad Pitt in production.

As revealed by the teaser, Blonde hair will arrive on Netflix on September 23, 2022 and will no doubt make a passage through the Venice Film Festival a few weeks earlier. The film will also last 2h46, as revealed by the platform. Obviously, no national release is possible in France, but with a bit of luck, the film will have the right to a few special screenings in certain Parisian cinemas. Case to follow.

Blonde: a magnificent teaser for the fake Netflix biopic on Marilyn Monroe