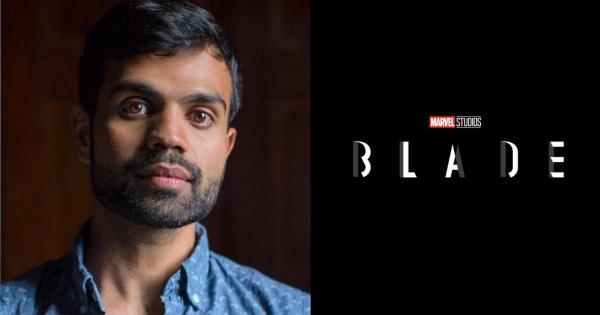 Now that the Blade reboot – 88% has begun to take shape after a couple of years of the official announcement by Marvel Studios, it seems that its development is running from strength to strength. The first confirmed member of the production was Mahershala Ali (Green Book: A Friendship Without Borders –

78%), who would take the leading role, and after a long search, the studio managed to find the ideal filmmaker to lead this film.

We recommend: Thank you, Shang-Chi: Sony previews the premiere of Venom: Carnage Released

In keeping with the tradition of taking on independent filmmakers to shape monumental blockbusters, Bassam Tariq has been the one who stuck with this position. The American / Pakistani director stood out last year for the making of Mogul Mowgli – 100% starring Oscar nominee Riz Ahmed, and now that he’s taken command of the half-man, half-vampire superhero film, he’s got Ali going crazy.

During a recent interview with the protagonist of Sound of Metal –

100% on the occasion of the film in which he worked with Tariq (via Indie Wire), the actor and singer assured that Mahershala Ali She hasn’t stopped calling and texting him to talk about how exciting it is to work with the director, because of his style and vision. In addition, the filmmaker’s work has stood out for playing with the narrative between a surreal world and the real world, which will undoubtedly mean a great contribution to the MCU.

Keep reading: Loki would have made a small introduction of Marvel vampires to the MCU

Mahershala keeps texting me saying, ‘Dude, Bassam is out of this world. This is a different boy. ‘

It should be mentioned that Blade has many paths to explore in which the director and the screenwriter will have endless possibilities, especially since the character will not be canonical with the one played by Wesley Snipes in 1998.

According to the statements made by the director, they are taking into account all the comics of Blade to respect the character’s personality and for the film to have its own essence. In addition, he highlighted how important it was to have African-American people in the project, not only in front of the screen, but also being part of the production in general. He noted that working with Stacy Osei-Kuffour on the script has been a great honor for him.

Continue with: Stephen Dorff says Blade is a one-dimensional character and the Marvel movie needs a good director

The exciting thing about the movie that we’re making is that there hasn’t been a canon for Blade, as we’re reading the comics and everything. That he’s a daywalker is the only thing that’s been established, and you know we can’t deny what Wesley Snipes did, which basically got all of this moving. […] For me, now working with someone as talented and a giant like Mahershala Ali, and writer Stacy Osei-Kuffour, I am so honored to be working with true black talents. Being with them in this room and listening and learning as I build this is truly an honor.

It is important to note that Ali has also had an important place in pre-production beyond his role as the protagonist, and it is that he was the one who had to do with the selection of Osei-Kuffour as a writer, who was also Watchmen screenwriter –

80%. Finally, filming is expected to begin until July 2022, and what is still uncertain is how it will connect with everything that happened in the Marvel Cinematic Universe, although in Loki –

96% already made a small reference to bloodsuckers.

You may also be interested in: Blade: Wesley Snipes could be the villain in the reboot