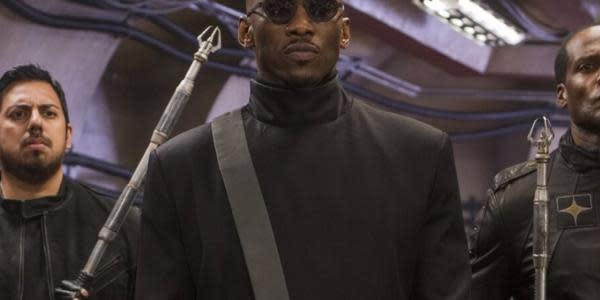 In recent months, we have seen the debut of many movies and series that expand the now long history of superheroes and villains of the Marvel Cinematic Universe. With many projects in the oven, there is always a chance that one of them will run into trouble.

Unfortunately, everything indicates that the production of Blade, the new live-action film inspired by the homonymous vampire slayer, lives moments of tension. It just so happens that director Bassam Tariq left the project amid rumors that leading man Mahershala Ali is supposedly disappointed in the project.

In declarations for the portal The Hollywood Reporter, Marvel announced that the filmmaker Bassam Tariq left the director’s bench due to the constant changes in the production schedule, although he will still serve as executive producer of the new film of the antihero. “We appreciate Bassam’s talent and all the work he has done to bring Blade to where he is,” the statement concludes.

For his part, the director spoke about this situation with his own statement in which he thanked Marvel for the opportunity.

“It was an honor to work with the wonderful people at Marvel. We were able to put together an incredible cast and crew. I can’t wait to see where the next director takes the film”; Bassam Tariq commented.

It is worth noting that the Vampire Slayer tape will hit theaters in late 2023, while filming is scheduled to start in October this year, although reports suggest filming will begin in November. Meanwhile, the company has already started looking for a new director.

In case you missed it: Ubisoft denies working on Blade game and fans appreciate it

Although it is relatively normal for creatives to abandon a project during the creation process, the recent statements of a renowned journalist worried the community.

According to Jeff Sneider of the portal Colliderthe script for the new film Blade It is barely 90 pages long and only includes 2 action scenes, which are “mediocre” according to the source. Given this, actor Mahershala Ali, who will play the lead, is said to be “very frustrated” with the production process.

At the same time, the journalist indicates that Beau DeMayo, a writer who worked on projects such as Moon Knight, The Witcher Y Star Trek: Strange New Worldsjoined the project to collaborate on writing the script.

It’s worth noting that rumors of alleged production issues lack official confirmation, so we should take this information with a grain of salt.

But tell us, do you think the new Blade movie will live up to expectations? Let us read you in the comments.

Related video: Series and movies based on video games of 2021: were they all good?

Blade: actor Mahershala Ali would be “very frustrated” with the new film