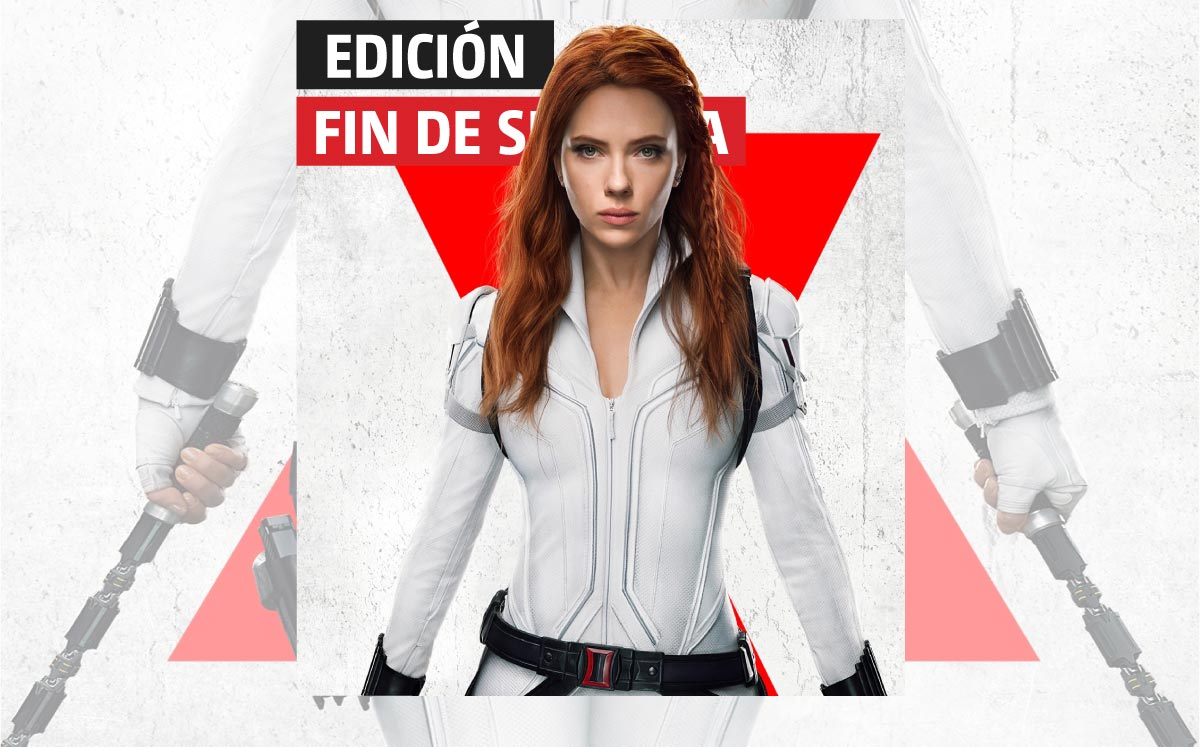 More than two years have passed since Avengers: Endgame became the most successful film in the history of cinema, and despite the challenges that represents a launch in the middle of the pandemic, It is time for the Marvel Cinematic Universe (MCU) to return to theaters with a new proposal that will give way to Phase 4: Black Widow.

Despite the fact that Scarlett Johansson announced her dismissal from the franchise, the expectation for the premiere of her film is high, because, for years, fans waited for this moment to learn about his past.

​The Cate Shortland-directed film takes place after the events of Captain America: Civil War, when Natasha Romanoff she is forced to fight the organization that turned her into a murderer. In this process, you will face more than just your enemies; The past that haunts her suffocates her and it is time to put an end to it, as she says in the last video that Marvel released: “I’m sick of running away from my past. I was a murderer, a spy, an avenger, but before all that I had a family ”. And that’s exactly what the movie is about.

“The notion of family is the fundamental basis of this story, along with exploring the past of Black Widow, this is something that We hadn’t seen it in the other movies and it hadn’t been revealed. Here we will learn about everything that happened when Natasha was in the training program called “The Red Room” (a Soviet brainwashing and training facility), in which she was trained to be an assassin, “said Kevin Feige, president of Marvel Studios, in an interview with M2.

“This stage of her life is the one that fills her with guilt for many years, after fighting SHIELD and then meeting the Avengers, is the reason why Natasha says in Endgame that he found his family, “added the president of Marvel, referring to the scene in which five years after the crash Romanoff was sincere during a meeting with the Avengers with the phrase:” Before I had nothing and now I have this. This job, this family, and that made me better than I was; even though everyone is gone, I still try to be better. “

“We will reveal why one of the reasons for his anxiety is family, because as a young man he did not have the opportunity to be part of one, his group of spies was not necessarily a loving and united family. She was very young and her sister Yelena was even younger, they both had some emotional moments; this film explores what his family was like in the past and why the Avengers are so important to becoming that family “, added Feige, about the construction of the plot that was in charge of Cate Shortland.

David Harbor and Rachel Weisz are part of this clearly dysfunctional family circle from which Natasha Romanoff seems to come. Harbor is a kind of daddy to her.

“From the beginning he has a close relationship with her, then they lost contact for a long time,” the actor from Stranger Things-. They later met when the Red Guardian was far from his prime. My character is full of regret, sorrows and an ego out of reality regarding the bad decisions he made. So they reconnect and it is their turn to go together on this journey. They had this situation when she was younger, which is going to be revealed in the film, and when she is older she ends up having a strange paternal attitude towards her ”.

The game between vulnerability and superpowers is something the Marvel Universe does quite well. The actor agrees: “It’s my favorite part of these movies. There are huge action scenes and then you have that sweet, cheesy, fun spirit that almost seems independent. It’s a dysfunctional family, but there’s a lot of love there, and the lost connections… that’s what it’s always been about. For us as actors, that is the job: to give it our heart and make, perhaps, that one does not feel so alone ”.

And he confesses what the great scene of this film is for him: “When we are all sitting at the table with our superhero costumes on”.

Black Widow goes beyond action, basically it speaks of people who try to connect with repressed emotions. It is an effort to humanize a character who had not had the attention like others to achieve his solo film, despite being from the first Avengers, but it is time to do him justice. And on this occasion, Marvel gave way to a project that responds to the current needs of the industry, in terms of the correct representation of women in front of and behind the cameras.

“It’s true, Black Widow not only tells the story of a very powerful female character like Scarllett Johansson, we also have Rachel Weisz playing a new role in the Marvel Cinematic Universe (Melina Vostokoff) and Florence Pugh giving life to another character. again as Yelena Bolova. All of them strong and complex women, directed by a very important filmmaker like Cate Shortland, who brought something very special to the film, ”Feige explained.

Actress Rachel Weisz talks about the intensity of her scenes, and assures that it was very exciting to do the action scenes, “but also very emotional scenes; It seems to me that it has a bit of everything ”.

Goodbye to another Avenger

“It’s a bittersweet feeling,” Scarlett said of her farewell to the MCU during an interview she gave to Good Morning America. It seems the same fan feeling for the premiere of the film, and for this news that, in theory, if the multiverse does not act in favor, it will end 11 years of working with Natasha Romanoff, who we met in Iron Man 2.

“I have had an incredible decade working with my Marvel family. I’m going to miss not seeing them every 18 months or every two years, like those kinds of milestones I always look forward to. I’m very proud of this movie and I think it’s great to get a high mark. This movie is very different from any other Marvel movie we’ve made so far; so yeah, it’s bittersweet, ”Johansson commented a few days ago.

On July 9, the last film for Natasha comes out, both in theaters and on Disney +, with premiere access.