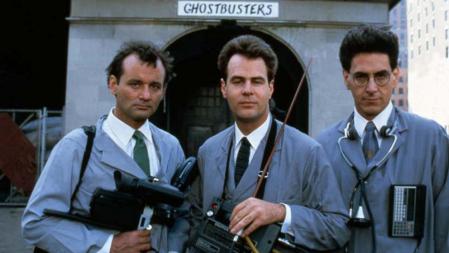 His colleague Dan Aykroyd, who shot the eighties classic with him ghostbustersnamed it as murricane (a play on his last name and the word hurricane). At the age of 71, Bill Murray has returned to the center of the target for his inappropriate behavior on a set. A few days ago the filming of the film he was working on was paralyzed, deadlyafter complaints from several women who had felt uncomfortable about being touched by the actor without their consent.

The production company SearchLight Pictures, of the Disney conglomerate, has launched an investigation to determine the interpreter’s responsibility in what is considered “a toxic work environment.” Castmates and crew members have complained about Murray’s conduct.

According to testimonies collected Page Six, the actor was “very stump” during filming. “He put an arm around a woman, touched her hair, pulled her ponytail, but always in a comical way,” which made “some women uncomfortable and he crossed the line.” Another source has assured that Murray “loves to flirt, enjoys poetry and romance, but always involved in comedy” so, he says, “it is not clear if he crossed the line”. At the moment, it is unknown if the actor will continue to be part of the cast once the investigation is over.

According to testimonies collected by ‘Page Six’, the actor was “very stump” during the filming of the movie ‘Being mortal’

These accusations of inappropriate behavior have brought back to the present the trail of incidents that Bill Murray has left throughout his long career. In fact, Ben, the son of Richard Dreyfuss, an actor Murray worked with in 1991 on What about Bob? Frank Oz (also produced by Disney under the Touchstone Pictures label), has come out to remember -via Twitter- that the production company was forced to hire a bodyguard due to an incident with his father. “Bill Murray had a meltdown because he wanted an extra day off and producer Laura [Ziskin] told him no and ripped his glasses off his face and my father complained about his behavior and Bill Murray threw an ashtray at him,” he says. As detailed in his tweets, production was paralyzed after the incident and did not resume until Disney hired “some bodyguards” so they could physically separate Richard Dreyfuss and Bill Murray between takes.

Richard Dreyffus himself already spoke about this bad relationship in 2009. “He put his face against mine, nose to nose, and yelled at the top of his lungs: ‘Everyone hates you! They just tolerate you!’ time to react because he leaned back and picked up a modern glass ashtray and threw it at my face. He tried to hit me. I got up and left.” Dreyffus also described Murray as a “drunk thug”.

In addition, producer Laura Ziskin, who died in 2011, recounted in 2003 that after denying Murray’s request to give her a day off, he even threatened to throw her across a parking lot. “Then she broke my sunglasses and threw them across the parking lot,” she declared to Los Angeles Times.

More recently, actress Lucy Liu claimed that the actor repeatedly insulted her during the filming of Charlie’s Angels. As they say, the actor spent the shoot questioning the acting skills of Drew Barrimore and Cameron Diaz while he made life impossible for the Asian actress because she did not believe that she was up to the rest of the cast. “You, what are you doing here, if you don’t know how to act?” He told her, looking at her face.

As revealed by the actress in 2021, Murray began “hurling insults” at him using “inexcusable and unacceptable” language due to the reworking of a scene that had been performed while he was away at a family gathering. “While we were filming the scene, Bill started hurling insults. I won’t go into details, but he went on and on. I was like, ‘Wow, it seems that he is looking directly at me,’ “, the artist told Page Six. “So, yeah, I stood up for myself and I don’t regret it. There is no need to patronize or put other people down.”

His fame of difficult already came from afar. He already made life impossible for Richard Donner in The ghosts attack the boss. In a program Saturday Night Live got into a fistfight with Chevy Chase in John Belushi’s dressing room. And in Caught in time (1993) argued daily with the director, the late Harold Ramis

Murray thus defended himself in Guardian in 2018 of his fame: “I have that reputation because of people I don’t like to work with or who don’t know how to work. Some think they hire you and have the right to behave like dictators.” Still, he admitted, “I know I’m a bit grumpy sometimes.” “Especially on the first day of shooting, when I have to figure out who the 15 useless people who are loose on the set and only think about golding the pill and resting on their laurels. Without doing anything else. I have to get rid of them as soon as possible. “

Christian Bale, Edward Norton and Shia Lebouf are also part of the blacklist of actors with whom nobody wants to work

Bill Murray is part of that Hollywood blacklist made up of actors that no one wants to work with. Christian Bale is one of them. With undeniable talent, he has serious problems controlling his anger. During the filming of Terminator Salvation the Welshman had a violent behavior against the director of photography, Shane Hurlbut, for accidentally interrupting the recording of a scene. A member of the team leaked the audio to the press and Bale was exposed.

Aitana Sánchez Gijón, who starred with the actor in the film The Machinist, stated that his colleague hardly spoke to anyone. And Natalie Portman suffered during the recording The Knight of Cups (2015), by Terrence Malick, Bale’s perfectionism, forcing the crew and his co-stars to repeat scenes over and over again until he was completely satisfied.

Another annoying co-worker is Shia LaBeouf. His many eccentricities and his continuous fits of rage have made him one of the most insufferable actors in cinema. In hearts of steel, the actor spent several weeks without showering because of getting into the role. David Ayer, director, and Brad Pitt himself, warned him about his inappropriate behavior, but he didn’t care. Finally, the producers put him up in a different hotel than the rest of the team. In Lawless also caused problems, Mia Wasikowska ended up having a nervous breakdown and Tom Hardy ended up getting punched.

Edward Norton is also on this list. Known in the industry for taking ownership of the projects he works on, during post-production on American History X, the actor got into the editing room leaving out the director Tony Kaye himself and added scenes in the film to have more prominence. Nick Nolte ended up leaving the project Matter of honor because Norton got into where he wasn’t called. “He would interrupt and keep telling the other actors how we should play our characters.”

Among the actresses, Katherine Heigl, who was Dr. Izzie Stevens in Grey’s Anatomyfor their constant demands, and Gwyneth Paltrow, who amassed a reputation for pretentiousness and bad manners on the set, are also part of this list of the most hated.

Bill Murray, on the blacklist of unbearable actors