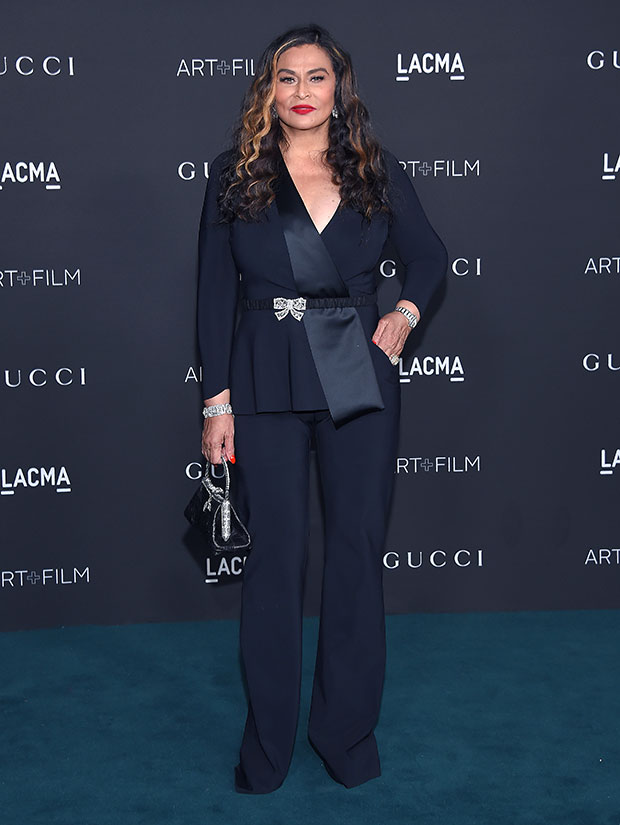 Tina Lawson has her four grandchildren, including Blue Ivy, featured in the theme song for her new show, which also features the vocals of none other than Queen Bey.

Tina Lawson brought in some very talented family members to create the theme song for his new Facebook Watch series, Interviews with mom Tina. The 67-year-old designer and entrepreneur shared the trailer for her show on Instagram on Monday, December 20, and she is introducing her daughter Beyoncé, 40, singing part of the theme song. In addition, Tina’s four grandchildren – Beyoncé’s children Blue Ivy Carter, 9 and twins Rumi and Monsieur, 4 and As long as Knowles‘ son Julez, 17 – all of them leave an adorable audio message at the start of the clip.

“Let’s talk about it, grandmother! the four grandchildren shout with enthusiasm to start the Interviews with mom Tina trailer. Next, footage shows the matriarch of the family sitting chatting with various celebrities like zendaya, Kevin Hart, Kelly Rowland, Chloe and Halle Bailey, Tiffany Haddish, and more. Beyoncé’s impeccable voice can be heard in all the footage. “Whatever it is, we can talk about it. Tell me how you feel, we can talk about it, ”sings the Grammy winner. “Say what you think, we can talk about it. Simple and limitless conversations, come and chat with Mama Tina.

In her caption, Tina shared her appreciation for her family members who participated in the theme song. “Thanks to my baby @beyonce and my lovely little babies for making this special theme song for the show. Are you ready to watch? Tina also said she was “really proud” of her show, which premieres on December 23, “and of all the people who made it happen.”

Tina has a close relationship with all of her grandchildren, and she spends time with them frequently. In January 2021, she had a makeover by none other than Blue Ivy! Tina posted the results on Instagram and put Blue’s talents into perspective. “Can you imagine Blue with a makeup brush as a teenager if she’s so good at glamor at age nine?” ” she wrote. Earlier this month, Tina documented Blue doing some moves during a dance class. Tina even noted that her granddaughter looked like her Aunt Solange, 35.