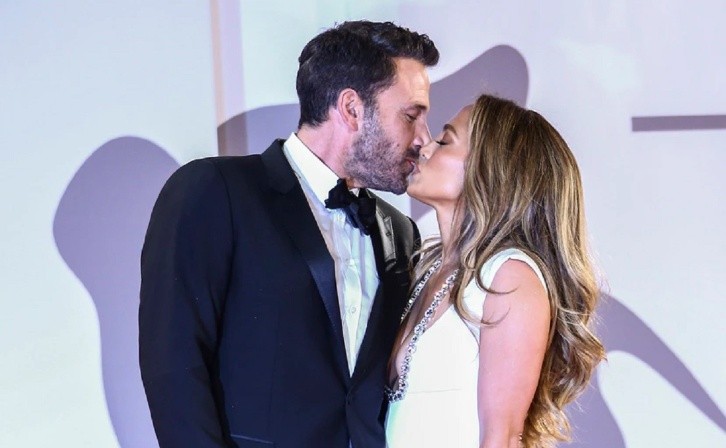 In an interview, one of Ben Affleck’s ex-partners confessed that when they were together, the actor talked about Jennifer Lopez and maybe in the future his wife.

The romantic relationship the two actors have is one of the best known in show business, especially since it’s the second chance the two have had love together since they got engaged 17 years ago.

Despite the fact that from the first time they were seen together in 2002 until Ben Affleck and Jennifer Lopez, the crowd and millions of fans immediately fell in love with this beautiful couple, who were among the most admired celebrity couples.

However, for 2004 they decided to go their separate ways, although it seems that their love never faded, during the period in which they were separated each began to have other relationships, l one of Matt Damon’s best friends was with Ana de Armas.

For millions of people, Bennifer is the perfect partner | PA

It should be mentioned that a few months before being with the actress, Affleck had a relationship with a young woman whom he met on the internet, via a dating app, Katie Cherry was also his. ex girlfriend.

According to some media, the young woman had an interview where she revealed some situations and conversations that she had with her then-boyfriend Ben Affleck, in particular where the name of Jennifer Lopez, interpreter of “On The Floor” was linked.

Even though it was only once that the actor and director mentioned her name, it was surely one of the conversations her relatives would like to know, she asked him about the singer’s body and actress.

Surely you can already imagine a little bit about the specific part he asked, that’s right, Katie couldn’t help it and asked him what the singer’s later charms were like and he just said one word ” fabulous “.

At the time when ben affleck and Katie were dating, Jennifer was also doing it with former player Alex Rodríguez, with whom she ended her relationship and a few weeks later we saw her again with what millions of people consider to be the love of his life Ben Affleck.

The actor was recently criticized by the public for making certain statements about his ex-wife Jennifer Garner, who is the mother of his three children.