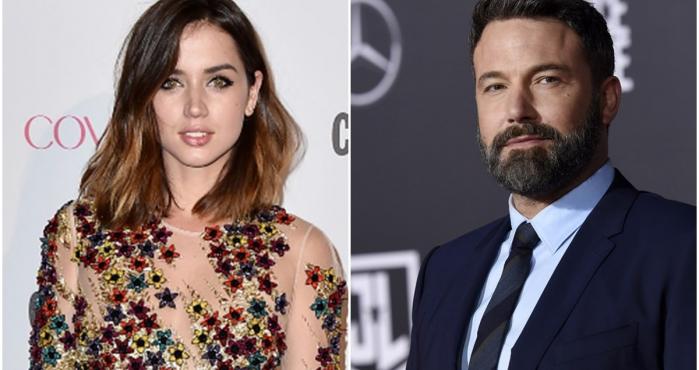 Twenty years after directing his last film, British filmmaker Adrian Lyne (“Fatal Attraction”) returns with “deepwater”which opens this Friday in Amazon Prime Video, a story of obsession, sensuality and mystery starring Ben Affleck and Ana de Armas which for the director has meant knowing a whole universe: filming in digital.

Box office director in the 80s and 90s, (“Flashdance”), Lyne is an expert in the stories of couples, the universes of intimacy and sex and in the creation of couples for the history of cinema. He has already done it with Kim Basinger and Mickey Rourke (“Nine 1/2 Weeks”), Michael Douglas and Glenn Close (“Fatal Attractionl”) and Robert Redford and Demi Moore (“Indecent Proposal”).

And “Deep Water” could not be less. Shot in 2019, it was the meeting place for the cuban actress Ana de Armas and Ben Affleck, who as a result of meeting on the tape maintained a love relationship for more than a year.

Based on the novel of the same name by Patricia Highsmith, Affleck and De Armas star as Vic and Melinda Van Allen, a wealthy New Orleans couple whose marriage crumbles under the weight of resentment, jealousy and mistrust.

Anne of Arms in #deepwater pic.twitter.com/iuOykWXZQv

As their mutual taunts and mind games intensify, things quickly turn into a deadly game of cat and mouse when the young men with whom she is having extramarital affairs (Jacob Elordi, one of the stars of the series “Euphoria ” included) begin to disappear. However, perfect and blameless, Vic always manages to keep the accusing finger away from himself, despite carrying the shadow of doubt.

Although it is an adaptation of the novel by the American writer expert in suspense, “Deep Water” contains several very different ingredients to the book, which bear Lyne’s stamp: “I introduced sexuality and complicity between them, which did not exist in the novel.”

“I read the novel and loved it. It was the story of a man who was fed up with his wife being unfaithful, but was not really interested in him sexually, and took refuge in her daughter and her obsession with snails. That was something that I changed in the film, I tried to create a kind of complicity between them, as if she had her affairs not only for her but also for him, ”she added.

Thus, the script leans heavily on those “unconventional” moments full of tension and sensuality, when he sees what she does with others and “she doesn’t turn around in fear and stop, but continues to do it”.

“I loved everything and would do it again,” said the 81-year-old filmmaker in an interview with Efe, after acknowledging that filming the film has allowed him to discover “a totally different world.”

And it is that when Lyne shot the film before this (“Unfaithful”, 2002) the world of digital filming was still in its infancy and was not an option for most filmmakers. “I was very afraid of doing it digitally because I’m used to filming on celluloid,” he says, but with “Deep Water” he decided to throw himself into the void and found “the process really great, much more immediate, spontaneous.”

For example, added the filmmaker, “I was used to waiting for hours for a cameraman to light something” and now scenes can be shot “in available light” and retouched later, so “I had much more time to shoot in Yes”.

In addition, he added, the fact of “being able to view the scenes the same day they are shot” means that everything can be seen more “in context”. “You can be much more focused on the film,” says the director about the film, which will be released on Amazon Prime Video worldwide (except the United States, China, Russia and the Middle East) next Friday, March 18.

Don’t miss out on the latest news from Live Usa on Google News, follow us here