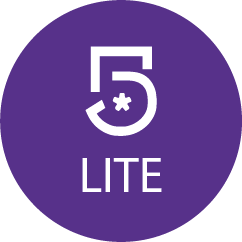 The actor will play Bruce Wayne again in The Flash, another DC movie.

“In the old days, I remember being in London with Jack Nicholson doing Batmanand he was going somewhere and said, ‘Come with me,’ which is an experience in itself,” Michael Keaton recalled. in a panel discussion with Oscar Isaac, Tom Hiddleston, Samuel L. Jackson, Brian Cox, and Quincy Isaiah.

“So, we go in the car and he talks about the movie. We all knew that it was a big risk that if he failed, he would go down in flames, which would imply a very hard recovery, ”added the actor, according to what was reported by The Hollywood Reporter.

“But also we knew that if it worked it would change my landscape, ”acknowledged Michael Keaton. “So Jack says, ‘Keats, if this is a hit, you can go and work on 4 or 5 flops without worrying.’. And maybe it wasn’t four or five, but you could get away with 3 and it didn’t matter,” recalled the actor, who brought the superhero to life in Batman (1989) and batman returns (1992).

Keaton acknowledged that’s an impossible thing to say now, whereas an actor’s instincts always give their best performance. “Even if you’re going to do a 15-second Vaseline commercial (…) It’s inside you somewhere, “acknowledged the actor, who in addition to Flash (2023), will be Bruce Wayne again in batgirl (2022).

Jack Nicholson was the first actor to play Joker since Cesar Romero did it in a series in the 1960s. The actor was nominated for a Golden Globe for his work in the film and was to make a cameo appearance in batman unchained, project that was cancelled.

Who do you think have played the best versions of Batman and Joker?