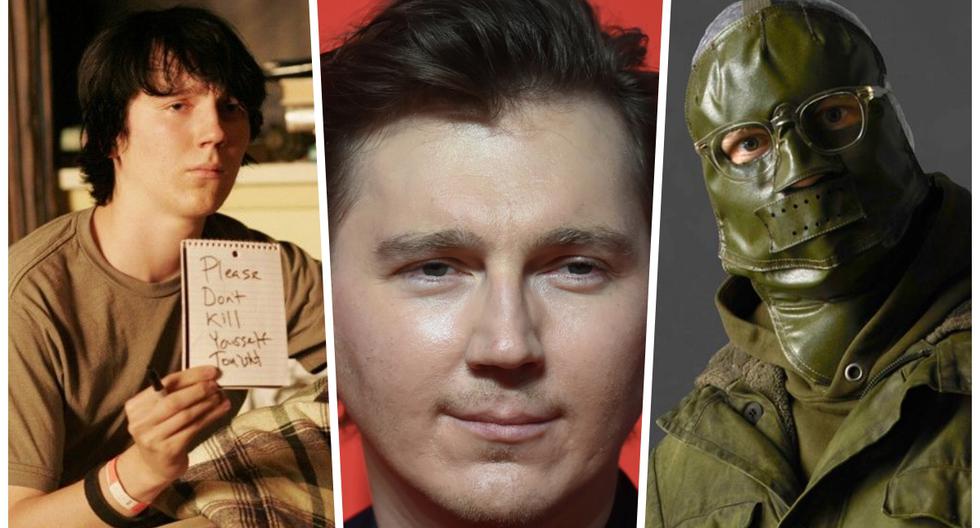 Answer me this, dear reader: Which unknown actor has starred in some of the most critically acclaimed productions of the last two decades? If your answer is paul dano, you are right. Although unnoticed in commercial cinema, his resume speaks louder than any poster: he has worked with Paul Thomas Anderson, Ang Lee, Kelly Reichardt, Rian Johnson, Bong Joon-ho, Denis Villeneuve and Steve McQueen, among others.

READ ALSO: “The Batman”: everything you need to know about Robert Pattinson’s film before its premiere

Now Dano takes prominence playing the disturbing Riddler (the Riddler) in “The Batman”, in theaters from next March 3. Leaving behind the eccentric characterizations of Frank Gorshin and John Astin in “Batman” (1966), as well as that of Jim Carrey in “Batman Forever” (1995); the new film portrays the character as a twisted mind partially inspired by the Zodiac killer.

As seems to be tradition around actors playing villains in Batman movies, this version of the Riddler sent Paul Dano into a murky state of mind. “There were a few nights where I probably didn’t sleep as well as I wanted to, just because it was kind of hard to get out of character.”, he said in an interview to Entertainment Weekly. “It takes a lot of energy to get to that point. And you kind of have to maintain it once you get there, because getting in and out is kind of hard.”.

The star who fled to fame

Paul Dano was born in New York City on June 19, 1984, the son of financial advisor Paul A. Dano and homemaker Gladys Dano. When he was a child, his family moved from Manhattan to Wilton, Connecticut, where he became involved in local community theater. In 1996, at age 12, Dano made his Broadway debut appearing in a staging of the classic “Inherit the Wind” opposite George C. Scott and Charles Durning.

In 1998, he first appeared on television in an episode of the sitcom “Smart Guy.” Two years later, he appeared in his first feature film in a minor role in the youth film “The Newcomers” – curiously in which a then unknown Chris Evans also starred – and a year later he had a leading role in the film “LIE”, about a 15-year-old who becomes involved with a pedophile (played by Brian Cox).

With these productions, as well as a participation in the popular series “The Sopranos” and a handful of other films, Paul Dano’s career seemed destined for stardom. But the actor was afraid of the possible effects that fame could have on him. “For some people, being a celebrity was attractive, for me it was the opposite. It was almost repellent”, he once stated. to The Independent.

“For some reason, I was interested in the idea of ​​the long term”, he explained in an appearance in the program “offCAMERA with Sam Jones” in 2015.”Also because I think fame seemed terrifying and horrible to me. That a lot of people take pictures of you seems horrible to me. Now I handle it better, but at that moment you are still discovering who you are and you feel that someone is asking you to be something that you are not.”

The actor, who called himself an “overly sensitive young man,” also described his approach to acting since its inception. “Sometimes it’s hard and sometimes it’s painful, depending on the kind of scenes you have to do. So, I think that’s why I loved being in certain atmospheres where it seemed like everything was leading to something that we care about, that we share and believe in..”

As he told The Guardian, his intention was to go to college for a few years to get away from acting. But as happens with many actors, the call of the stage was greater and Dano continued with his vocation, acting alongside Daniel Day-Lewis in “The Ballad of Jack and Rose” (2005) and alongside Gael García Bernal and William Hurt in “The King” (2005).

But the role that made him known internationally occurred a year later, when he participated in an independent project entitled “Little Miss Sunshine” (2006) where he plays Dwayne, a teenager who has taken a vow of silence until he fulfills his dream of being a pilot. of the Air Force, giving the character more dimension than his role seems to deserve at first glance.

This ability to elevate all the roles in which he works was also seen in his next big project, when he was recruited for the Paul Thomas Anderson film “There Will Be Blood”, a film that reunited him with Daniel Day-Lewis. Set in the early 20th century, the film revolves around Daniel Plainview (Day-Lewis), a ruthless oil tycoon whose only point of redemption is having adopted the orphaned son of one of his former fellow miners. His search for an oil field brings him into conflict with Eli Sunday (Paul Dano), a preacher whose home sits atop a valuable field.

Although Dano initially only had the supporting role of Paul Sunday, Eli’s brother, midway through production it was decided that the actor would play both roles, changing the story so that they were identical twins.

“He had two days to prepare for the roleDay-Lewis recalled. to Chicago Movie Magazine. “He came on a Friday night and on Monday we were already shooting scenes with him. And I swear to God that day on the set he was a fully formed, recognizable character. I dare say he was a little unsettled himself, but you wouldn’t have guessed.”

In the same publication, the British actor, winner of three Oscars, described Dano as “one of the most promising young actors working right now”.

Since then, Paul Dano has managed to go through some of the most interesting directors today, giving each of his appearances memorable performances regardless of the prominence of his role. Thus, in 2009 he worked on the Ang Lee comedy “Taking Woodstock”; in 2012 he collaborated with Rian Johnson on the sci-fi thriller “Looper”; “12 Years a Slave” with Steve McQueen and “Prisoners” with Denis Villeneuve in 2013; and Bong Joon-ho’s “Okja” in 2017.

In 2018 he also ventured into other facets of cinema, directing, writing (along with his partner Zoe Kazan) and producing the drama “Wildfire”, starring Carey Mulligan and Jake Gyllenhaal. The film was well received by critics and maintains a 94% freshness rating on the Rotten Tomatoes review aggregator.

But now the role with which Dano is attracting attention is precisely that of the Riddler in “The Batman”; The actor’s first step into the burgeoning world of comic-based movies. “I was waiting for the right (project), the ones where you collaborate with people and material that excite you. And this was definitely it”, Paul Dano said about the Matt Reeves movie in dialogue with EW. “I was totally surprised that the script was so good. I immediately felt on the first and second pages that the director was envisioning the film that he had written. You could feel, even in the action scenes, the kind of energy behind the fights or the violence, it was very well conceived”.

Meanwhile, Reeves highlighted the artist’s skill, calling him “chameleon.” “He’s brilliant in a lot of ways, but I think you can see him go through a kind of inner pain in his characters.. You can see it in an active way, having this psychological turmoil that I find really captivating.”.

As in other of his most remembered roles, Dano will not be in the spotlight for much of the film, with his version of the Riddler preferring to stay hidden while he hatches his plans, putting Batman, accustomed to his position of anonymity, in a vulnerable situation. .

But that’s not the only thing that interested Dano in his role, describing both Batman/Bruce Wayne and the Riddler as two sides of the same coin both hit by trauma, creating an ambiguity in the nature of good and evil that , in his opinion, does not usually happen much in current superhero movies. “What I felt was the opportunity that Matt gave with a villain in this movie more realistic, and potentially more terrifying.“, he claimed. And if there is something that Dano has shown throughout his career, it is to give more dimensions to his interpretations, regardless of his initial simplicity. 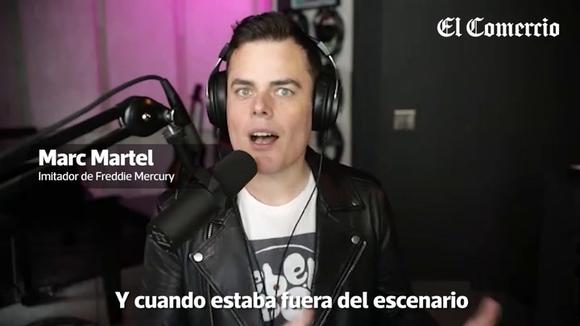 We talked to the Canadian artist who has a voice register practically identical to that of Freddie Mercury. He will be presented in our country on May 12.

“Batman”: Paul Dano, the almost ‘unknown’ actor who surprises as the most brutal Riddler