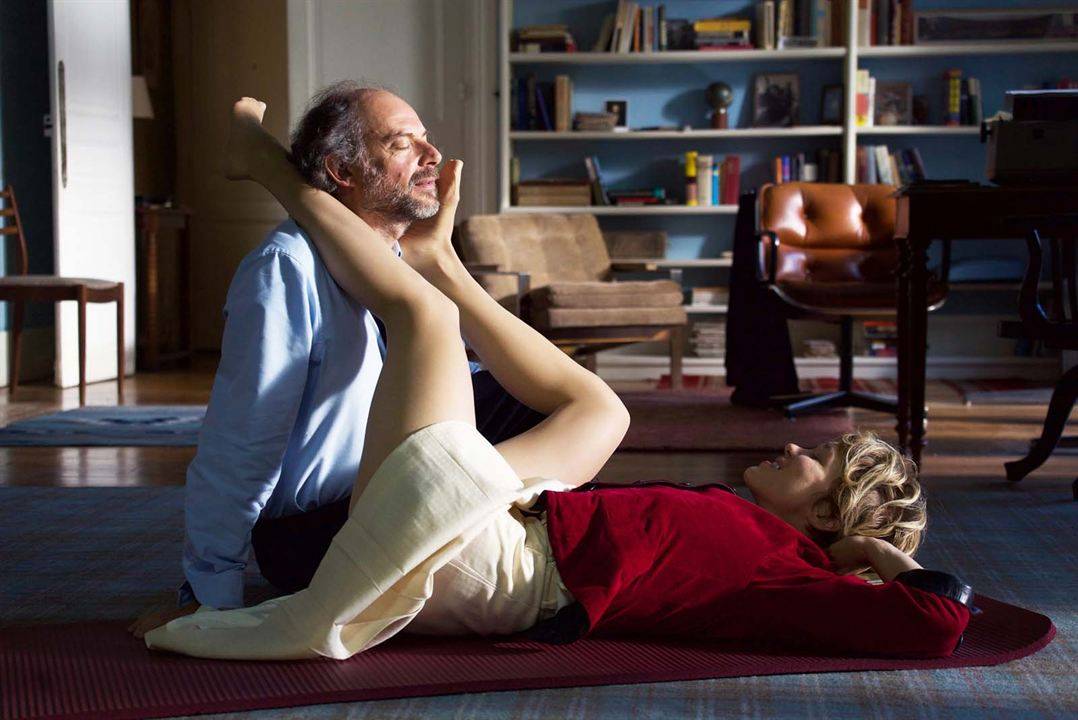 Positive at the Covid, Léa Seydoux finally stayed at home in Paris during the Cannes Film Festival despite four films screened this year …

“Deception” by Arnaud Desplechin. Copyright Shanna Besson – Why Not Productions

The suspense will have lasted a few days, but she did not come. Positive for Covid – although asymptomatic thanks to the vaccine – Léa Seydoux finally stayed at home in Paris, Garbo involuntarily, despite four films screened at the Cannes Film Festival this year: The French Dispatch by Wes Anderson, My wife’s story de Ildiko Enyedi et France by Bruno Dumont in competition, as well as Deception by Arnaud Desplechin in the new prestigious section “Cannes Première”. A record.

By agreeing to leave the cold analysis of the facts for a moment, what can an absent actress tell us? That his image is enough, perhaps. May her roles reveal her enough. Even if, concerning Léa Seydoux, the matter seems more complicated: her strength sometimes lies in her ability to be absent from herself, in this slight detachment which she shows in front of the camera, this way of looking almost through even when she is staring at the lens, perhaps looking for a line of flight. Léa is here and elsewhere, such is the link between all her roles. A vertigo that we feel all the more strongly because in the four films presented with her on the Croisette, no particular theme emerges between her characters, except their mutual love of fiction, art, and therefore potentially a form of lie.

She is the lover of a famous writer in Deception, inspired by Philip Roth, a fantastical surface on which the male character played by Denis Podalydès comes to get stuck, despite long discussions and a lot of carnal love. At Wes Anderson, the actress revealed by Christophe Honoré in The beautiful person (it was in 2008) illuminates the best part of the film, in the skin of a muse facing a crazy and psychopathic artist played by Benicio Del Toro. She appears as a nude model, but in two steps and three movements, turns the cliché of the woman-object and literally takes power in the film. In My wife’s story, romantic drama in costume adapted from a classic of Hungarian literature, Seydoux plays the wife of a ship captain who will never manage, even after a lifetime, to unravel the mystery of her desire.

In these three roles, the actress seems to have given herself as mission imperative to shake up the somewhat smooth formalism of the filmmakers, without being sure that they really feel what is at stake – except Arnaud Desplechin, who gives him one of his most beautiful roles, of exceptional maturity. Seydoux plays the films against themselves, in a way. She brings flesh, a deep physical and mental commitment to which she has accustomed us for a long time, at Kechiche for example in the tornado The Life of Adele.

In sumptuous Vuitton outfits, Léa Seydoux lets herself be invaded by the look at the same time provocative and critical of Bruno Dumont, who does not let go and scrutinizes her face relentlessly – she is almost everywhere. On the other hand, the director gives her the heavy burden of making her character human, appreciable, moving, beyond the scenario that weighs her down. Gradually, France becomes the portrait of an icy actress whose directing asks to crack. What Léa Seydoux does wonderfully, without batting an eyelid.

Unlike the great technicianss from the theater, she may not be made to play it all – even if we doubt it: her role in the next James Bond, Tomorrow never dies, should confirm it. She nevertheless demonstrates film after film that she has already joined the great actresses of modern cinema, capable of making of herself an eternal enigma, a well of unexplained melancholy that overwhelms. The last shot of France, where Léa Seydoux stares at the camera, remains in memory for a long time.

France by Bruno Dumont. In competition. Released on August 25.

1 hour interview with… Ana de Armas: “I went through hell during my story with Ben Affleck"
PewDiePie slams Chris Hemsworth and Kumail Nanjiani for alleged steroid use
Tom Cruise wants to sell his luxury ranch