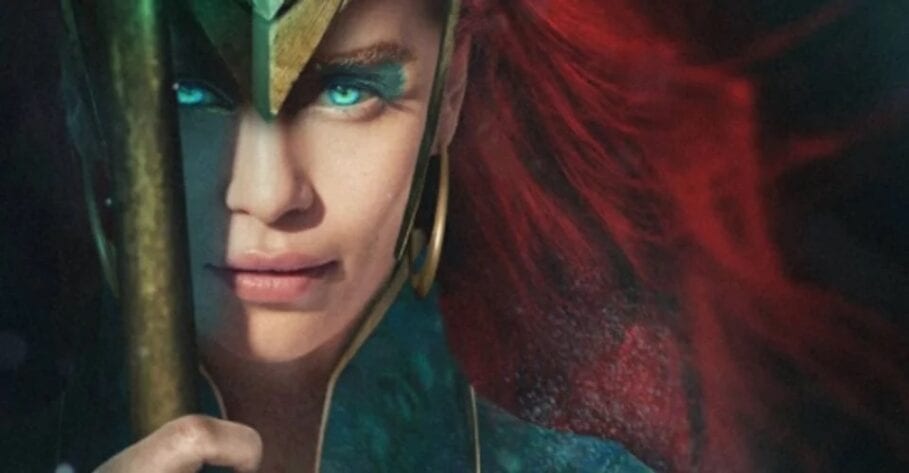 The film Aquaman was a surprise hit despite the superhero being one of the least popular DC superheroes. The film grossed over $1.1 billion worldwide entire. In January 2019, Deadline reported that Warner had begun the process of returning the director, James Wan, for Aquaman 2. But since then, many elements have influenced opinions within the management of the studios Warner, mainly related to the actress Amber Heard, who plays the role of Atlantean princess Mera, alongside Jason Momoa (Aquaman).

One of the most bitter divorces of our time is that of Johnny Depp who saw his ex-wife accuse him of many abuses, immediately, and without a trial, the actor suffered the wrath of the self-taught popular courts, putting an end to a fabulous career and great franchises of which he was at heart of success (Pirates of the Caribbean, for example).

While Johnny Depp lost his role in the franchise Pirates of the Caribbeandue to the numerous accusations made by AMr Heardand that he has also been asked to step down from his role as Grindelwald in Fantastic Beastsfans ofAquaman felt it was only fair that Amber Heard, too, retired from the saga. The feeling of hypocrisy is put forward, since Warner keeps one but not the other.

In 2020 a petition demanding the departure of the actress quickly gained momentum, with more than two million signatories:

“As Amber Heard is a known and proven domestic abuser, Warner Brothers and DC Entertainment should and must remove Heard from their Aquaman 2 film project. They must not ignore the suffering of Amber Heard’s victims, and must not glorify a domestic abuser. Men are victims of domestic abuse, just like women. This needs to be recognized and steps taken to prevent a known abuser from being celebrated in the entertainment industry.

Do what it takes. Remove Amber Heard from Aquaman 2.”

“Amber Heard should be replaced by Emilia Clarke in the role of Mera, Amber Heard falsely accused Johnny Depp of having abused her when it turns out that she herself is the author of these abuses… If she stays in the movie/franchise it will send the wrong message, we shouldn’t tolerate any type of abuse…Amber should be punished accordingly, as for Emilia, she has much better chemistry with Jason and they’re on the mend. comfortable with each other…”.

Emilia Clarkenominated four times at the Emmy Awards, also emerged as the first choice to replace Amber Heard because of its relationship with Jason Momoa especially in relation to their narrow roles in the first season of Game Of Thrones. The death of the character of Khal Drogo, while he had married Daenerys Targaryen, only increases the desire of the fans to see the duo again to pursue an affair on the screen. Emilia Clarke to replace Mera where to play Dolphin is therefore desired by some.

This request supports recent revelations that it is said that Warner would increasingly consider permanently withdrawing Amber Heard of its casting, whereas the latter, because of its actions, would already have only ten minutes of screen.