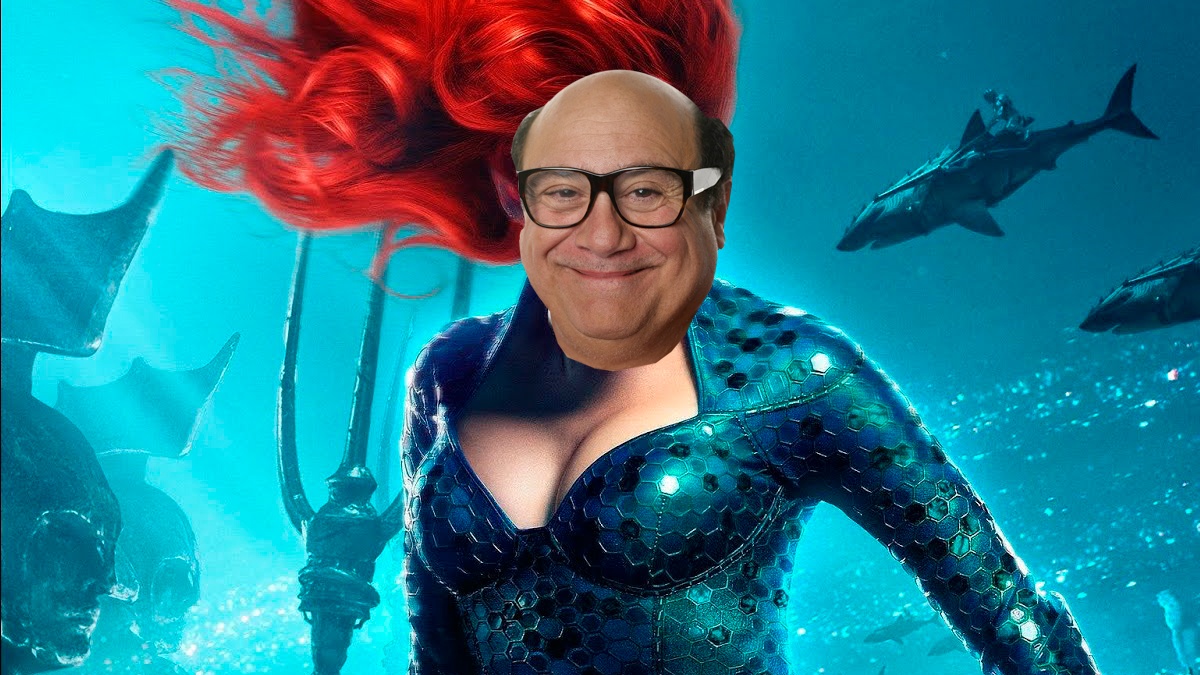 If you’ve been keeping an eye on social media, you won’t be surprised to learn that the actress, Amber Heard, is being attacked by angry fans after the start of filming for Aquaman 2. Several users demand their dismissal by Warner Bros. And there are those who have even proposed the perfect replacement for the role of Mera: Danny DeVito.

A request in Change.org is about to accomplish its mission of collecting signatures so that the actor and comedian, Danny DeVito take the place of Amber Heard in the sequel to the best friend of sea creatures. Perhaps with this we will be facing a triumphant return of the comedian to the movie screens.

The petition was created by Dominic DiMezza, a fan of the ex-husband of Amber, Johnny Depp. It is aimed at both Warner like DC, creators and owners of Aquaman, and in it he argues that: ‘Amber Heard is a monster that destroyed the career and public perception of Johnny Depp. So it’s only fair that we replace her with a true king, Danny DeVito’

It wouldn’t be the first time Danny DeVito acting with a protagonist much taller and more muscular than him. He has already proven that he is capable of standing out before his co-star in films such as’Junior’ Y ‘Twins’, where he worked with himself Arnold Schwarzenegger. Not only did he work with the ‘Governor‘but managed to steal several scenes from him in these movies.

Also, it wouldn’t be the first time Danny DeVito ventures into superhero cinema. In 1992 he participated in the film ‘Batman Returns‘, where he played the villain Oswald Cobblepot, better known as’The Penguin‘. His chameleon change from the funny companion of Schwarzenegger the fearsome and monstrous villain of Batman, It is only a sample of the acting capacity of the actor to play any role.

The petition already has 38,042 signatures out of the 50,000 it is asking for. Sure they will reach their goal and will be able to make you reach Warner your demands. Although, of course, these kinds of fan requests are rarely heard.

The only bad thing about this request is that, if it is materialized, we will not be able to see a meeting of Jason Momoa with the actress Emilia Clarke, another of the most popular options to replace Heard.

For more news from the world of cinema, we recommend you read: