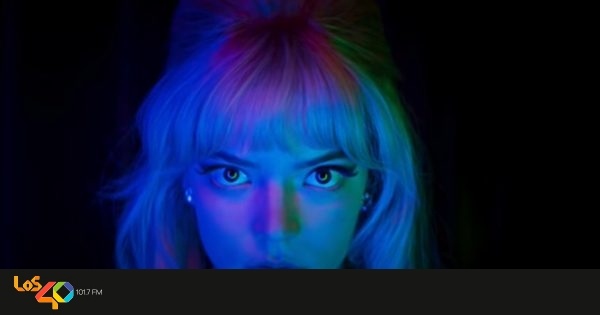 This 2021 will be full of unmissable premieres, and “Last Night in Soho” -the new Edgar Wright movie- is undoubtedly one of them. The psychological horror thriller gives us for the first time a suspense-laden mini preview, which helps us get a first glimpse of what the film will be like.

Although the video is very short, we managed to distinguish one of the favorite actresses of the moment, Anya Taylor-Joy! The young woman who played Beth Harmon in the Netflix series “Lady’s Gambit” will also be the protagonist of this story, but this time as a new and different character.

“What happened last night in Soho?” Is the question posed by the 15-second trailer. Shown here are different neon-lit scenes, city life, and a girl who seems to be dreaming. All this while believing that there is a close connection with the character of Thomasin McKenzie, from the feature film “Jojo Rabbit.”

So far, the plot of this story will revolve around an aspiring designer, who will be suddenly transported to 1960s London. OMG!

Everything seems to indicate that the official trailer of this new production will be released this Tuesday. Are you ready and ready to see it?

Here you can see the preview of «Last Night in Soho»

“Last Night in Soho” was directed by Wright based on a script he co-wrote with Krysty Wilson-Cairns. The film will open on October 22 in the United States.

The actress is surprising us more and more this year. This week she also made headlines for showing off her debut as a presenter during the last episode of the 46th season of the show “Saturday Night Live.”

The program is characterized by having a famous presenter and a musical artist in each episode. In this case, Taylor-Joy was accompanied by rapper Lil X Nas.

“We have an amazing show for you tonight. Lil Nas X is here. So please don’t go anywhere, ”Anya said at the end of her monologue in perfect Spanish, which made an impression on her fans.