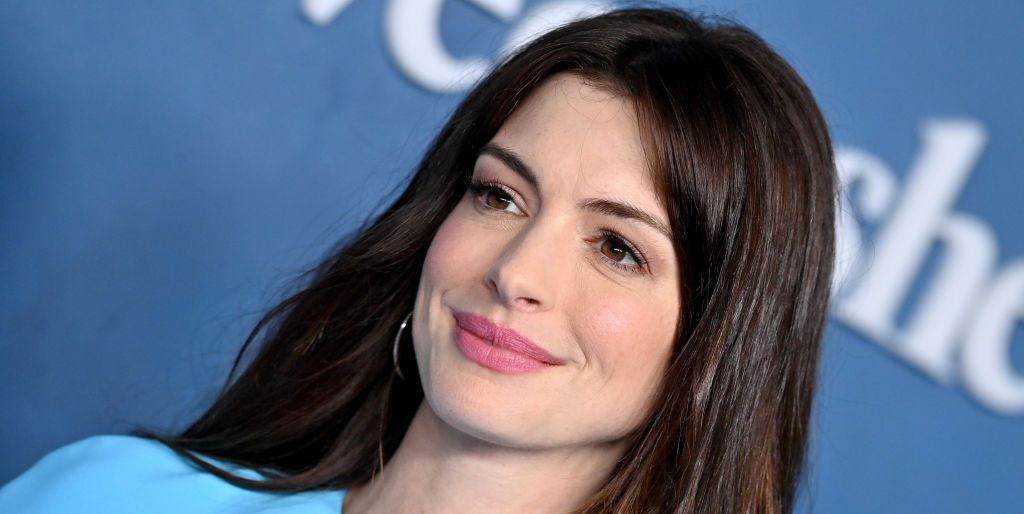 What can be more painful than being one of the most hated women in Hollywood? Being aware of that inexplicable repulsion that you generate, a feeling that only villains can embrace with pride and that has accompanied Anne Hathaway since she won the Oscar. She found out that half the world hated her when she invited some friends to her house to record a skit about the constant pregnancy rumors that haunt celebrities. When she Googled what was being said about her, she came across a painful question: “Why does everyone hate Anne Hathaway?”. Proof of the level of ‘hate’ reached is that there is a term under which those who have found in social networks the perfect maneuvering scenario to express their disdain hide: the ‘hathahaters’. As proud as they are of having found a group of people with whom to share their negative energies, what they will undoubtedly not like is discovering that Anne claims that she found in her legion of trolls an unexpected empowering weapon. “I don’t want to go back in time, but I really met a real monster. The fact that the internet turned its hate on me was a tremendous thing… Although for me it was a positive thing.”now explains to ‘The Sun’, where he assures that he came out of the experience stronger and learned a lesson worthy of the message that accompanies the tea bag: “When something bad happens, don’t be afraid of it. Let yourself go”.

Accustomed to being asked in every interview what it feels like to be so hated, Anne has reappropriated hate and carried it with a certain pride, something that makes us wonder if perhaps Hathaway succumbed to the phenomenon Jia Tolentino alludes to in ‘False Mirror’ ‘, where it ensures that there are people who feel more comfortable knowing they are hurt than feeling free. Those who act in this way are, of course, those who are not systematically victimized. Perhaps when the whole world hates you, it is easier to embrace that dislike than to try to break free of it.

The double edge of perfection

“I don’t try to change others, it’s much easier to change myself”

It was a phrase from Susan Sontag that made him channel the narrative: “I don’t try to change others, it’s much easier to change myself”. Those words helped the actress understand that the hatred she aroused in people was rarely actually about her. However, when some of the reviews actually hinted at something that could be improved, I would take note and change it. “That’s why I consider it a shortcut to my growth. Although I would never say that I would go through that again, I have managed to find a way to be grateful for what happened “, he points out. Taking into account that these words come from the woman who, after presenting the Oscars with James Franco in 2011, had the dubious honor of having presented “the most embarrassing Oscar gala in history” (the headline was given by LA Weekly), each syllable must be carefully applauded. As if that were not enough, her partner in ceremonies, James Franco, not only did not apologize for how she conducted the gala (something she did do), but on the David Letterman show, she shamelessly mocked the actress. “Anne Hathaway is so energetic that I think the Tasmanian devil would have seemed to be standing next to her”. No one hated James Franco (even when he was accused of sexual abuse years later), because Anne was already the haters’ favorite punching bag.

“Everything he does seems calculated, prefabricated and rehearsed”

His sweetness, his boundless emotion and his seeming perfection (She even sings like angels!) they were unbearable for a society hungry for stumbling blocks. Apparently, if the fashion actress is incapable of tripping, the only way to make her fall to the ground is to trip her, and that’s what the world was quick to do. Pop culture expert Neal Haber said that the reason there are millions of reality shows is that people love reality… “And then we meet Anne Hathaway. Everything she does seems calculated, prefabricated and rehearsed. The inauthenticity of it is now viral”, wrote Talk. Ouch! Apparently, the theory about identity outlined by the sociologist Ervin Goffman in 1959, who asserts in ‘The Presentation of the Person in Everyday Life’ that we all put in place a kind of performance to create an impression on the public, was too evident, and even exaggerated, in the actress.

The spiral of hate

The problem with hate focused on Anne Hathaway is that it was not based, as the actress claimed, on herself, but on a vicious misogynistic circle that dominated the 2000s, the same one that affected Lindsay Lohan, Britney Spears and Taylor Swift. The dynamic is always the same: a young, beautiful and talented woman goes from being loved by everyone to being even in the soup. Later, inevitably, it is pushed to the bottom of the plate by a huge spoon wielded by a sexist and hungry society that after digging in the bottom, returns to take one last spoonful with which it seems to regret such a binge of gluttony and disdain. It is then that the narrative that everyone hates that person fades away and in her place, those who hate her are singled out as sexist and cruel, forgetting that they were the ones who hated her first. The problem is that when people, filled with hate, want to defend someone who has been attacked for years, the star in question must have been out of the spotlight for a while so that people are aware of how he behaved with her in the past. . That was the case of Anne, who in 2014 justified the break in her career by saying that “People needed a break from Anne Hathaway” and of course, that of Taylor Swift, who has not received forgiveness from a society that does not seem to learn from its mistakes until it has opened up in the channel in its documentary.

“We have to reflect on what kind of Internet we want”

The Atlantic’ came to publish “Guide so that Anna Kendrick does not end up like Anne Hathaway”, a humorous text that actually confirmed the cyclical nature of the culture of hate and how famous women, when they reach a certain level of popularity, can become their next target. The guide we really need? One to learn to stop hating… As Camino Rojo, Director of Public Policy and Philanthropy at Twitter Spain, explains, “First of all, we must be responsible digital citizens. As a society, we have to reflect on what kind of Internet we want and fight to be responsible digital citizens when it comes to making use of our freedom of expression”.

What better way to return to the world than with a story that narrates a nosedive?

What were the reasons why the world hated Hathaway, Swift and Lawrence so much after extolling them? Being young, beautiful and talented. They were all victims of what the English call “the high poppy syndrome”, that is, the high exposure syndrome, which refers to those people who are hated because their achievements place them above the rest. After a time in the shadows, Anne Hathaway returns with Jared Leto with ‘We Crashed’, the Apple TV series that talks about the failed hit of the multi-million dollar company WeWork. What better way to return to the world than with a story that narrates a nosedive?

“Hathaway’s sin was her perfection”

Although we are finally able to sing the ‘mea culpa’ to see how we treated famous women in the 2000s, we have rarely managed to reconcile with celebrities who did not want to be the bad girls of the industry. In the book ‘Trainwreck: The Women We Love to Hate, Mock, and Fear. . . and Why’, Sady Doyle talks about how the book tries to “claim the derailment not only to give a voice to all those women who prefer to remain silent, but also as a girl who usually paints outside the lines that this sexist society has marked”. Now, what it touches is to also give a voice to those women who did not paint outside the lines, but precisely because they wanted to paint inside and do it with mastery, they were insulted for their vocation for perfectionism. Hathaway’s sin was her perfection. Ours, having made our gift the infinite capacity to hate. Now that Anne has managed to be loved again, we wonder if the next to fall into the spiral of hatred will be Rosalía. We know, C.Tangana is also in the soup, but consommés seasoned with hate have a clear fixation with women.