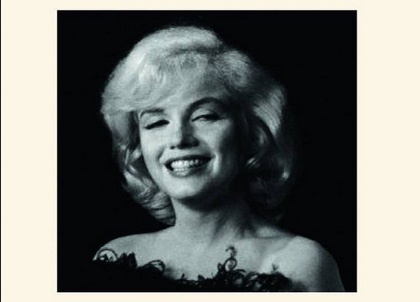 ATu crossroads of animal fable, philosophical tale and eccentric novel (from its title directly inspired by Tristram Shandy de Sterne), Life and opinions of Maf the dog narrates the adventures of a white bichon, born in Sussex, raised by the mother of Natalie Wood and offered by Frank Sinatra to Marilyn Monroe, to console her for her break with Arthur Miller.

“I became little by little this delicious being that I am: one of those dogs that adventures await abroad and which are destined to tell the story”. The Maltese will share the last months of Norma Jean, the break with Arthur Miller – “married to his typewriter, not to me” – psychoanalysis, doubts and anxieties, cinematographic as existential, Kennedy. From New York – and its “cartoon beauty” – to Los Angeles, from trays to cocktails, from rehearsals of the play Anna Christie to her bedroom, “Marilyn took me everywhere”. Maf is categorical: “I believe that we had in common the same sensitivity to the tribulations of the time, the instinct to abolish the distance between the noble and the trivial, which would over time explain the depth of our friendship. “.

Maf loves Marilyn, he says her eyes which “drink the light”, she is “the only girl I have ever known capable of whispering an exclamation”, a “strange and unhappy creature”, spiritual, “artist”, who tries , in vain, to escape from its status of icon, object, which would like, finally, to be taken “seriously”, “to demarilynize” itself in order to enter “normality”. A normality that always escapes him. 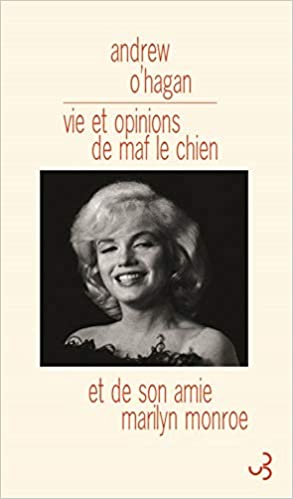 «Marilyn brushed her hair, then stopped and put the brush on her knees. Looking at her, I understood that this story was also our love story. I guessed that never in my life would I feel so close to anyone. Not just because of the effect she had on me, but because of the rest. I believe she taught me everything that empathy requires. From that point of view, I believe she was like Keats: her every gesture spoke of beauty and truth, to the point of making her eternal. I watched him, I listened to his thoughts, I was in love. It will have shaped everything in me, including my conception of the novel. (…) She made me understand with a glance the storyteller’s vocation: “a novel must be what only a novel can be: it must dream, it must open the mind” “.

Mafia Honey, says Maf, is no ordinary dog: he thinks, he talks, he tells. Like all his fellows, he tastes prose (cats, for their part, express themselves in verse). He presents himself as a picaro, he speaks and philosophizes, disputes Descartes’ theories on animals, quotes Yeats, Cervantes or Tolstoy, is a fanatic of footnotes, digressions and other reflective comments. He even refers to Kafka saying that “all knowledge, all of all questions and answers, is contained in the dog.” Maf draws up lists (including the list of Ten best dogs of all time), compare, talk, talk, talk. His only regret? “Not to be able to smoke or stick out my tongue when my enemies pass by.”

Suffice to say that Maf’s prose is a delight of irony, literary and political satire and that by adopting this canine point of view, Andrew O’Hagan offers a new, offbeat look at the sixties, through the icon of this decade, Marilyn. The point is not to take up what everyone knows or imagines, for example the relationship between the star and Mister President. Maf attends the Monroe-Kennedy meeting at Peter Lawford’s, he reports their conversation but he is not interested in the secrets of the alcove. Norma Jean is his mistress, from 1960 to 1962, his “predestined companion”, as he likes to write it. Even if, he warns from the first lines of the story, “nothing escapes the smallest of all dogs”. He crunches, unmasks and spares no one, Natalie Wood “cocktail pillar”, John Wayne “snitch”, Frank Sinatra “with no other goal than himself”, he dissects the dangerous connections of cinema and political power, suggests, ironically, paints a truly striking picture of the “1960s, a decade that really began for us with the declining radiance of Marilyn”. From the angle of intimacy and not of scandal. 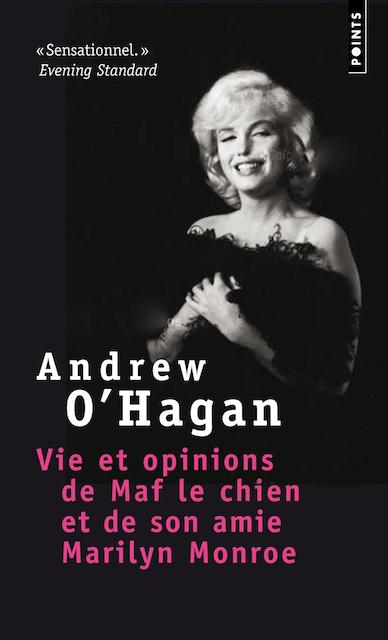 “The celebrity does not hide the suffering, it only emphasizes it”. Maf is obviously a privileged witness, he is the star’s confidant. “This is what humans do. They talk to you. They say nonsense. They speak to you and they speak for you ”. Reveal, reveal themselves. Get naked. Like Marilyn facing her dog, a real “Emma Bovary”, lost and yet standing. With Maf as with her shrink, Marilyn doesn’t have to put on make-up to be recognized. And Maf, over the months, notices “an evolution in the color of his thoughts, as if his mind had changed seasons.”

Through Maf, Andrew O’Hagan questions the relationships between the real and the imaginary, he refuses their distinction and demonstrates that “the truth is rarely pure and never simple”. Without doubt the fable is the most playful and precise way to approach it. “Reality itself is the supreme fiction”, as demonstrated by this formidable Bildungsroman canine: “I choose to believe what I want to believe, it is the privilege of the dog”.