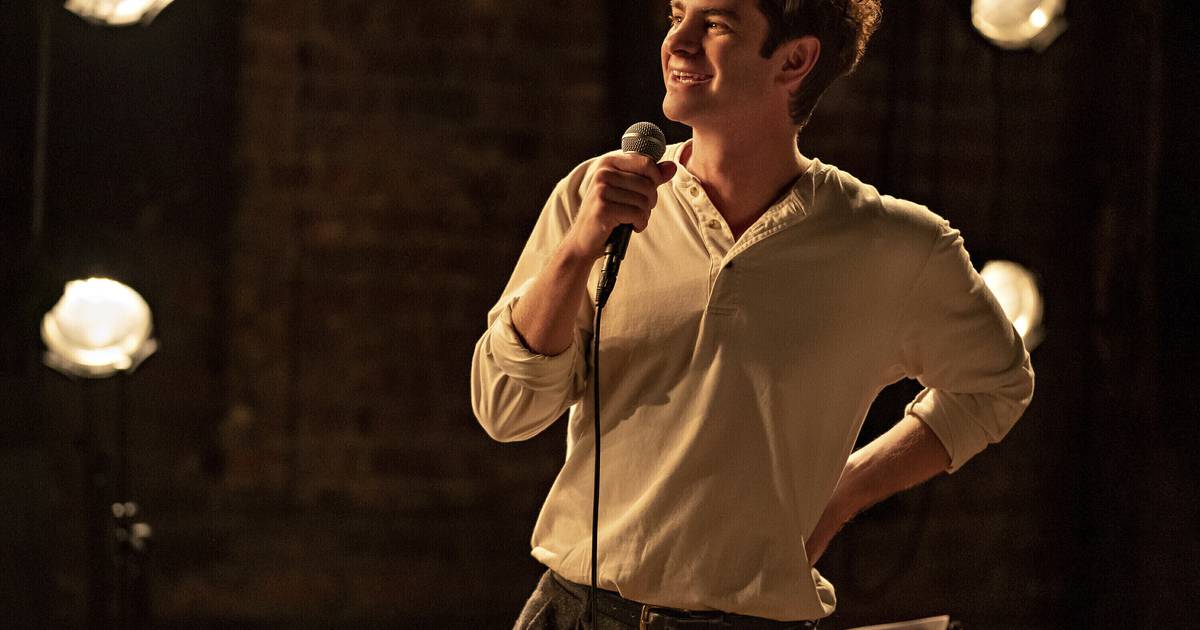 If someone has managed to win the affection of moviegoers around the world, it is Andrew Garfield, the actor had a very successful 2021, not only for his Oscar nomination for his wonderful performance in “Tick, Tick…BOOM!”, but also for his long-awaited appearance in the third installment of Spider-Man. But now Andrew will deviate from the usual roles of him in a new television series.

Originally from Los Angeles, California, Andrew Garfield grew up in London, where he also trained as an actor, but it seems that he is doing better and better playing American characters, as he will be coming to television very soon for an FX police series, in which he will play a much darker character than we are used to.

“Tick, Tick…BOOM!” Y Spider-Man: No Way Home They proved to be a success with the audience and critics, but these were not the only films in which the actor participated in 2021, as he was also part of “The Eyes of Tammy Faye” and his co-star, Jessica Chastain, emotionally thanked the receive the Oscar for best actress.

Official poster for ‘Under the Banner of Heaven’!

The new series starring Andrew Garfield will premiere on April 28 and in Latin America we can see it on Star +. pic.twitter.com/kRYP2xuOnS

In the midst of the celebrations for his second nomination for the academy awards, the television network has released the first trailer for the series “Under The Banner Of Heaven”, where we can see a different Andrew Garfield, playing an investigator who in the 1980s must uncover the truth behind a mysterious crime in Utah.

The series’ cast will be rounded out by BAFTA-nominated Daisy Edgar-Jones, Sam Worthington, Wyatt Russell, Rohan Mead and the young Beau McHattie. The story is based on a non-fiction novel by writer Jon Krakauer, originally published in 2003 to enormous success and of which Garfield is a fan.

The plot will follow the true story of the events that led to the murder of Brenda Wright Lafferty and her young daughter in 1984 in a suburb of the Salt Lake Valley in Utah, in what was a terrible crime that completely devastated the population. The series will consist of 7 episodes and is expected to premiere on the television channel in April.

On the other hand, in the recently released trailer you can see how Andrew Garfield’s character, detective Jeb Pyre, has serious difficulties in dealing with a horrible crime scene, which leads him to, in a press conference, recommend the inhabitants of the small town to close their doors for their own safety.

But the thing not only revolves around discovering the murderer, but Jeb’s investigation into the past of the victim and his family will lead him to discover a terrible hidden secret about the church of Jesus Christ and the saints of the last days, of which he is a believer and that will end up making him question his own faith.

Andrew Garfield Gets an Incredible Compliment at the 2022 Oscars

In the moment in wich Jessica Chastain went on stage at the Dolby Theater to receive her award for best actress, she did not hesitate to thank her partner in the film for his qualities as a good actor. “I want to thank Andrew, who inspired me to give my best, coming to set every day to give my best” the actress said as Andrew smiled.

Jennifer Lopez took her turn at bat with Ben Affleck and struck out!

Adam Sandler and the celebrities who supported Chris Rock

Camilo’s message that unleashes suspicions of the birth of Indigo