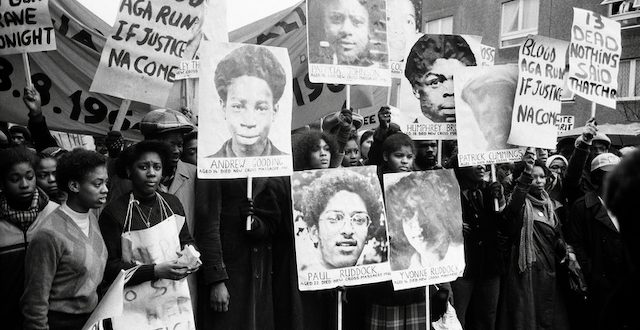 Amazon Prime Video revealed that three new documentaries from Oscar, BAFTA and Golden Globe-winning filmmaker Steve McQueen will debut on the service on September 17 in the United States and Canada.

Directed by McQueen and James Rogan, Uprising is a three-part series examining three events from 1981 in the UK: The New Cross Fire that killed 13 black youths, Black People’s Day of Action, which recorded over 20,000 people joining the first mass protest organized by black Englishmen, and the Brixton riots.

Meanwhile, Black Power: A British Story of Resistance takes a look at how the Black Power movement emerged in the UK in the late 1960s and fought against police, brutality and racism, challenging the English establishment and helping to forge a new political and cultural landscape in the UK.

Subnormal: A British Scandal, directed by Lyttanya Shannon, is an hour-long production that examines one of the biggest scandals in the history of English education, where black children in the ’60s and’ 70s were disproportionately sent to schools for so-called ‘educational nerds’. It explores the controversial debates on race and intelligence that led to the scandal, the devastating impact it had on affected children, and looks at how parents, teachers and activists came together to expose injustice, and force changes in the English education system.

“It is an honor to perform Uprising with testimonies from survivors, researchers, activists and representatives of the State. We can only learn if we look at things through the eyes of all concerned; the New Cross Fire went down in history as a tragic footnote, but that event and its aftermath can now be seen as momentous events in our nation’s history, “said McQueen, executive producer of all three documentaries.