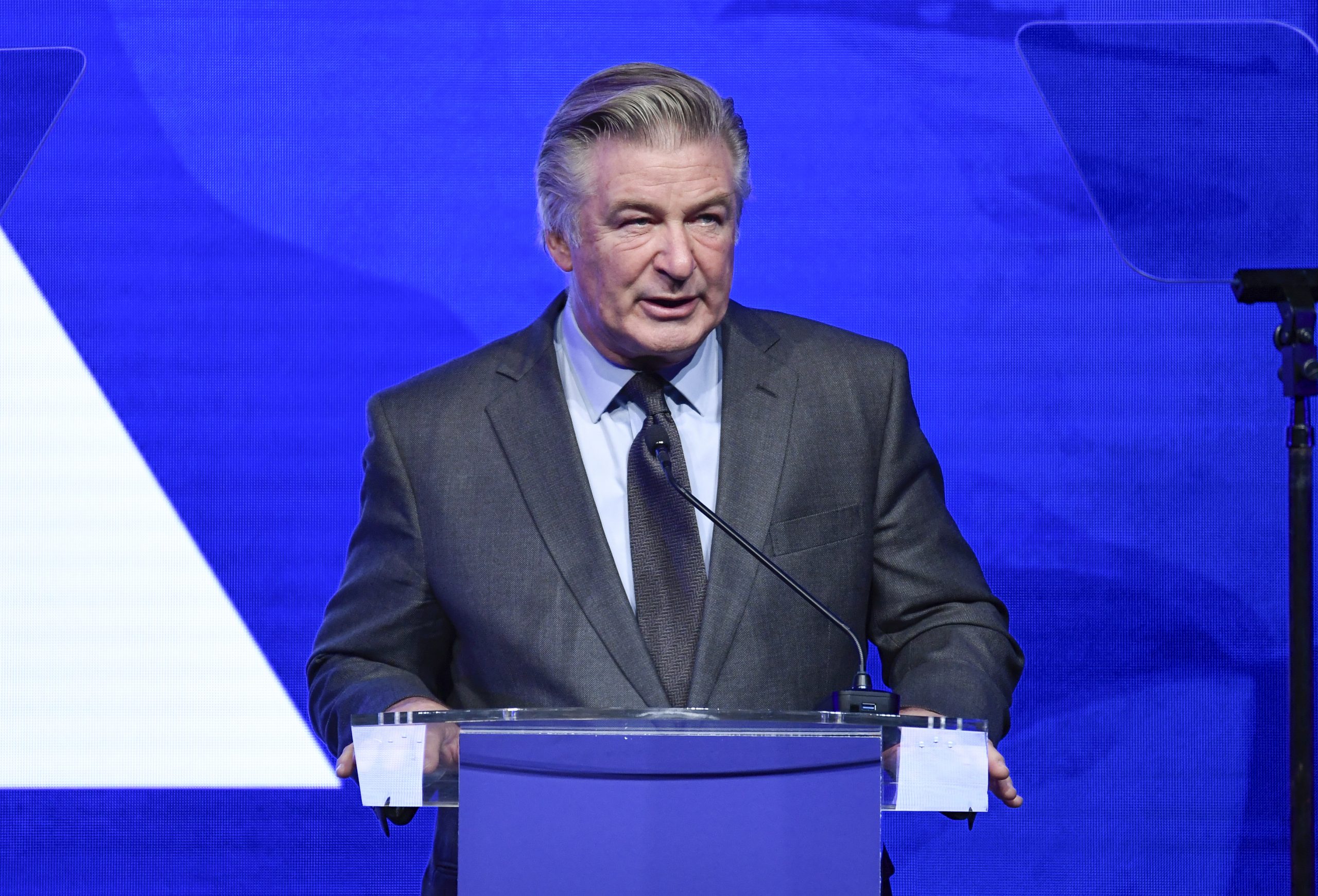 Alec Baldwin has started to Remake your life after the accident that ended the life of the cinematographer of his film, Halyna Hutchins, last October 21 .. Almost two months later, and after ensuring that he did not fire the pistol in the recordings of Rust, the actor returns to public events.

This past Thursday, Baldwin has served as presenter at the Robert F. Kennedy gala Ripple of Hope, held in New York, where did not make a single mention of the accident.

A new life after the accident

Although many believed that the accident would end Alec Baldwin’s career and that he would decide to retire from public life, the reality has ended up being very different. The actor is determined to continue in the limelight, a strategy that began last week, with an interview broadcast in prime time on ABC and in which he assured, to everyone’s surprise, that he did not pull the trigger.

I didn’t pull the trigger. I would never point a gun at someone and pull the trigger. Never”she said through tears. I have no idea what happened, someone put a real bullet in the gun, a bullet that should not even have been on the set, “he acknowledged. Despite his statements, more than 500 projectiles were found during the investigation.

His statements surprised locals and strangers, because it was said from the first moment that it was he who wielded the weapon, as well as that the conditions of the shooting, of which he is a producer, were not indicated. A theory that this week he also wanted to dismantle with a letter from the 25 workers of the film, written without «no influence by the producers’.

Employees state that working hours and pay “were in line with expectations” and that there was a “good understanding” with the bosses. “We kindly request that your speculations and generalizations about us and our colleagues be understanding until the investigation is concluded,” the workers assure in the letter, that Baldwin himself has shared on his social networks.

So far, the statements of some members of the film crew revealed that the work environment was precarious and that they were not surprised by what happened with Halyna. Almost two months later, both they and Baldwin change their strategy in the face of public opinion. The reasons? We do not know. There are still many questions to be resolved.

Centered on his family

After the accident, Alec Baldwin took refuge in his family. They have been his utmost support. His wife, Hilaria (37), and the six children they have in common, in addition to their daughter Ireland, born from his relationship with Kim Basinger.

“My heart goes out to Halyna, her husband, her son, her family and her loved ones. And my Alec. There are no words because it is impossible to express the shock and anguish over such a tragic accident. Pain. Lost. Support », she wrote on her social networks, never revealing that her husband was not the one who pulled the trigger.

The days that followed the accident, the media did not leave them alone and they had to ask for respect, for themselves and their children.

As Alec Baldwin recovers his professional and public life, investigations are ongoing. We will see what ends up happening and if, finally and as the actor assures, he had nothing to do with Halyna’s death, neither as the material author nor as the producer of the film.