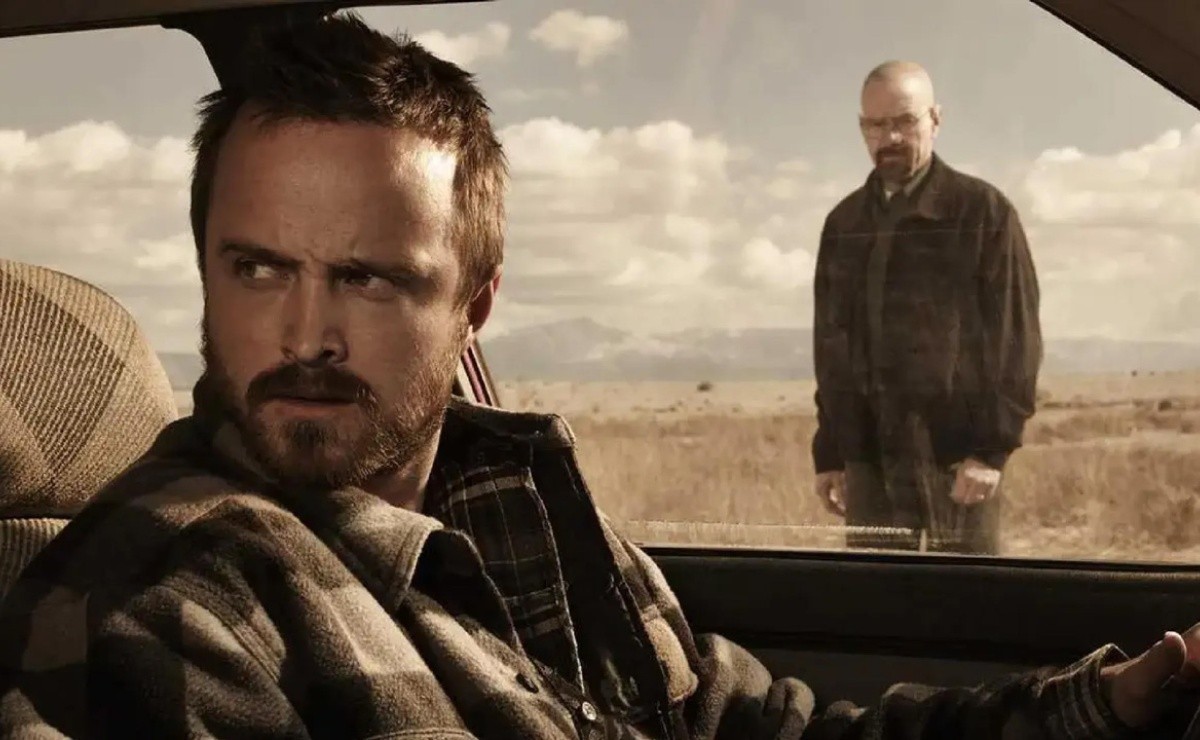 With the final season of the series ”Better Call Saul”Just around the corner, news that had fans excited was the return of two iconic ”Breaking Bad” characters: Walter White and Jesse Pinkman. Given this, the actor Aaron Paulwho plays Pinkman, has shared his thoughts on his return at some point in the last season.

Paul was especially shocked by the secrecy surrounding ”El Camino: A Breaking Bad Movie” just a few years earlier, where even the very fact of the movie was meticulously hidden, which was repeated again with his appearance within ‘ Better Call Saul.

The actor shared that he was also shocked by the news that Jesse Pinkman would return for the final season of the Saul Goodman series. “I was going to the ‘Better Call Saul’ season finale premiere party, and they said, ‘There’s a flag on the line. Just so you know, Vince and Peter are telling everyone that you and Bryan are going to be in the final season. And I was like, ‘What?!’ So I didn’t see it coming,” he said.

It might also interest you: Better Call Saul will bring back Walter White and Jesse Pinkman


The co-creators of ”Better Call Saul”, Vince Gilligan Y peter gould, were the ones who revealed that the characters would return, publishing their appearance within the show with an image in the main account of the series. ”To be honest, I’m happy to finally be able to talk about it and not be a snitch. It’s nice to be able to be open about it. So I’m excited,” Aaron Paul went on to say about his involvement.

He then confirmed that while the news of Walter and Jesse’s return is no longer a secret, fans will still be surprised as they will be appearing on the show in a very unexpected way. “To be honest, I’m such a fan of ‘Better Call Saul’ that I didn’t initially see how they were going to do it,” she added. “But of course, let Vince and Peter and the rest of the writers find the perfect way. It’s fun. I think people will be excited.”

It might also interest you: Invincible begins voice recordings for its second season

During the history of ”Better Call Saul” we have been able to see the incorporation of different characters from ”Breaking Bad”, so it would be strange not to be able to make the appearance of Walter and Jesse at some point, a duo that without doubt totally captured the viewers of the series for their relationship of companions and enmity.

All five seasons of “Better Call Saul” are available on the Netflix streaming service, with season 6 beginning on April 18.


Degree in Communication Sciences. Passionate about Geek culture. If I’m not playing games or listening to music, I’m probably sleeping.