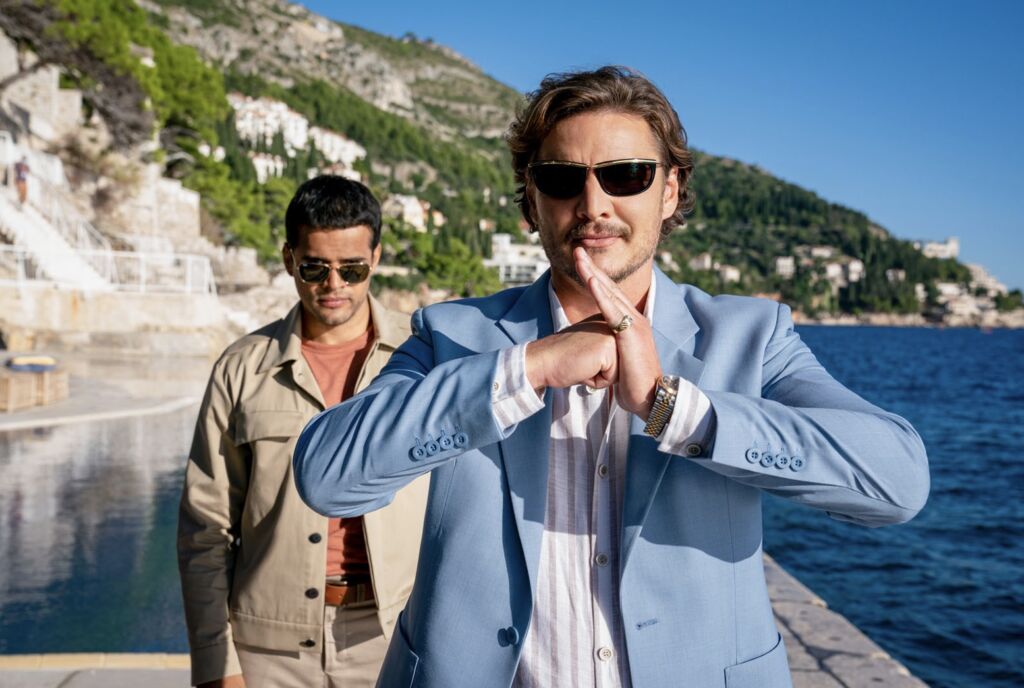 “It’s good to be back… Not that I’m gone” : A talent in solid gold signs the comeback of Nicolas Cage… in his own role. Directed by Tom Gormican – to whom we owe in particular Almost single (2014) – the film follows the fallen Hollywood star waiting for the role that could revive his career. To repay part of his debts, Nicolas Cage’s agent offers him to go to the birthday party of a dangerous billionaire who turns out to be his biggest fan. But the stay takes an unexpected turn as the CIA contacts him and asks him to investigate his host’s criminal activities. A tailor-made role for the actor, who hopes to regain his legendary status.

After a long crossing of the desert, troubles with the American tax authorities and supporting roles in series B, Nicolas Cage has been experiencing an interesting career rebound for a few years – in particular with mandy (2018, Panos Cosmos) and Pig (2021, Michael Sarnoski), critically acclaimed. And it is precisely the development on the career of the actor, on the sometimes corny characters that he has embodied and on his escapades that found the strength ofA talent in solid gold. In a well-balanced metafiction, Tom Gormican thus manages to offer an amusing film, in which its main actor is ready to make fun of himself. He does not skimp on the iconic nods to About-face (1997), to the adventures of Benjamin Gates (2004), nor to invoke the ghosts of the 1990s, as if to remember that he is and will remain Nicolas “fucking” Cage.

This staging also shows the actor’s ability to reinvent himself. Whether through his physical transformations, or through the diversity of his roles, he has indeed always been where we least expected him. And if some of his choices can be questioned, A talent in solid gold allows him to play, almost like a guilty pleasure, on the sacred dimension of the status of actor and on this career as unequal as it is emblematic.

Everything happens as if the feature film allowed Nicolas Cage to take stock of his career – and start from scratch. A funny psychoanalysis, during which the actor will however reveal a sensitive game. The place of his family, his divorce, his personal debt or his unfulfilled artistic desire gives real depth to this quest. And that’s how the film finds its balance between comedy and drama.

Because the purpose ofA talent in solid gold seems to be above all pleasure – like that of Pedro Pascal in the film! The yet unexpected duo works wonderfully, and the actor unveiled thanks to Game Of Thrones (2011) appears as convincing as endearing in the skin of the obsessive fan, slightly clumsy. This is not the first time that the Chilean-American star has tried his hand at the genre: he has often shown, during his career, a pronounced taste for zany comedies – first with Kingsman: The Golden Circle (2017) and, more recently, with the latest Judd Apatow, The bubble (Netflix, 2022).

The supporting roles ofA talent in solid gold are just as funny. Note the performance of Tiffany Haddish in the costume of the mischievous CIA agent, that of the impeccable Sharon Horgan in the role of the ex-wife of Nicolas Cage, or the participation of Neil Patrick Harris who embodies the agent of the star.

But all this is not enough, unfortunately, to compensate for the vanity of the scenario from which A talent in solid gold. Despite its hybridity, Tom Gormican’s film actually relies more on its cast than on its screenplay. If the ingredients of the action and cartel film come together to offer a rhythmic feature film, the surprise is not always there – and that’s a shame.

A talent in solid gold, by Tom Gormican. With Nicolas Cage, Pedro Pascal and Tiffany Haddish. 1h48. In theaters April 20, 2022.

“A talent in solid gold”: time to take stock for Nicolas Cage