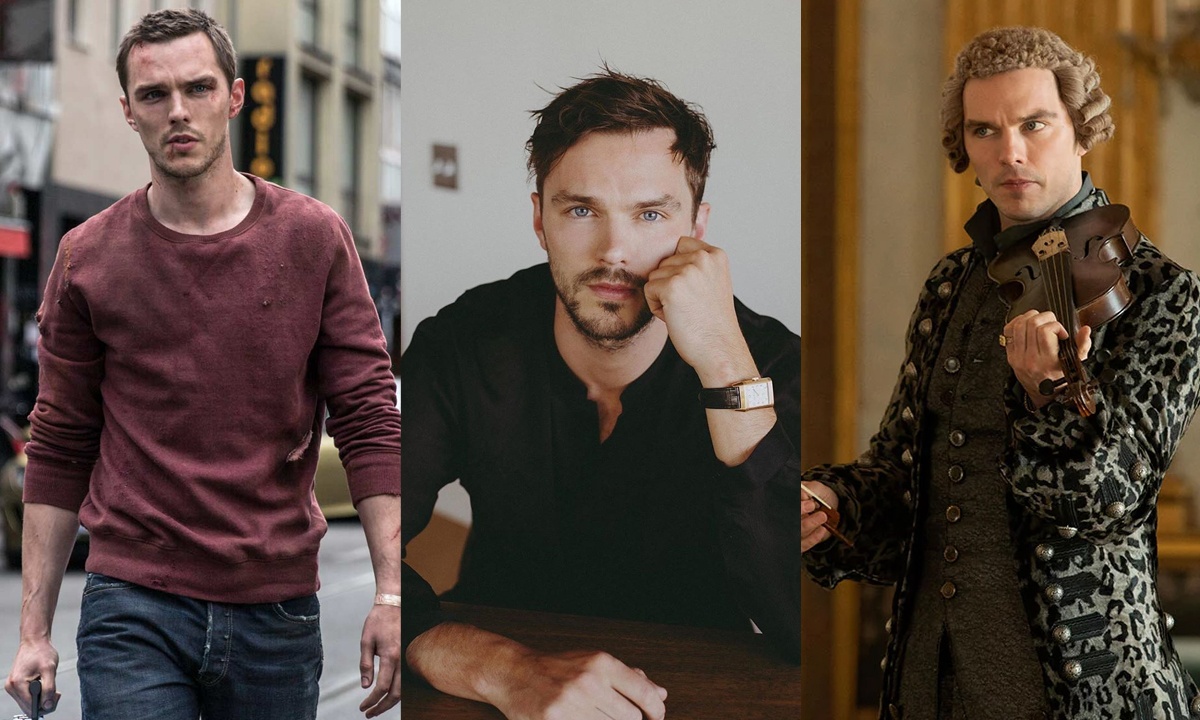 Nicholas Caradoc Hoult was born on December 7, 1989 in Wokingham, England. He began his studies at the Ranelagh Church of England School, but left her at age 12 to focus on her acting career.

In 1996, she made her debut in the movie “Intimate Relations” and acted primarily for British television. He became very popular for his participation in the British teen series “Skins.”

Within his career are titles such as:

Law and society no longer exist in this desert wasteland world, but there is blood, fire, and death.

There are two rebels who are capable of restoring the lost order. Max, who continues to seek his own peace after the death of his wife and son. Imperator Furiosa, a mysterious woman who tries to survive on this dangerous journey home.

BAFTA Award-winning British teen drama in which a group of teenagers living in Bristol make their first forays into the chaotic world of adults.

Ten years after the events that occurred in Days of future past, the paths of Magneto (Michael Fassbender), Mystique (Jennifer Lawrence) and Charles Xavier (James McAvoy) have parted, but will rejoin when Apocalypse (Oscar Isaac) awakens. This mutant who, since the beginning of civilization, was revered as a God, is the first and most powerful mutant in the Marvel X-Men universe.

In this opportunity, Nicholas Hoult along with Rose Byrne and Evan Peters also return in their roles as Beast, Moira MacTaggert and Mercury.

N. Houl has the leading role, playing JRR Tolkien the renowned author of the “Lord of the Rings” and “The Hobbit” sagas. As he finds friendship and inspiration among a group of writers and artists at the school, their brotherhood grows stronger as they grow older and endure love and loss together.

In addition, in the life of the author will appear his beloved Edith Bratt (Lily Collins) and also the outbreak of the First World War, experiences that will inspire Tolkien to write his famous novels of Middle Earth.

Jack (Nicolas Hoult) is a young man who lives in the countryside and, without realizing it, opens a door to another dimension, in which monstrous giants were trapped who were waiting for their opportunity to destroy the human race and take control of it. control of the planet, which they regard as rightfully theirs.

Rebel in the rye

The film follows the life of the famous writer JD Salinger played by Nicholas Hoult, focusing on the circumstances surrounding the creation of his best-known work “The Catcher in the Rye,” which perfectly captured the boredom of a disenchanted generation.

Ernest Holm lives on a farm with his two children, Jerome and Mary, trying to protect them from bandits and figuring out how to survive through their lands. Everything changes when Mary’s boyfriend, Flem Lever (Hoult), wants to strip Ernest of his assets.

My boyfriend is a zombie

In this comedy, Hoult transforms into R, a zombie who falls in love with Julie, and little by little begins to have emotions again. Soon his love infects the other zombies, restoring their behavior and making them a little more human.

The actor is currently about to premiere the second season of the series The Great alongside Elle Fanning on Starzplay.

A review of the short career of Nicholas Hoult