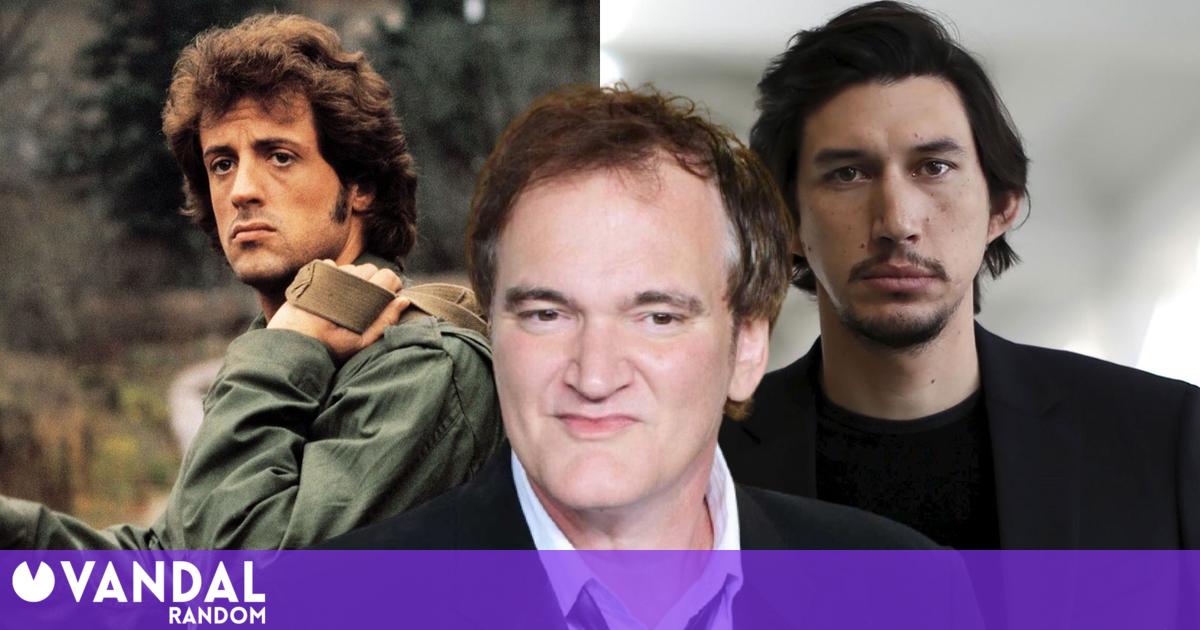 Quentin Tarantino It has been making headlines for weeks. A few days ago he criticized how his original idea of Natural Born Killers and has been crossing statements with the heirs of Bruce Lee for their version in once upon a time in hollywood, a film of which a novelization has just premiered. Controversial even in his friendships, the one responsible for Pulp Fiction o Reservoir Dogs he has been thinking about his retirement. After shuffling a movie about Star Trek, now focuses his interest in a new adaptation of Rambo with Adam Driver. Yes, you read that right.

Choosing with care: an adaptation of First Blood?

Tarantino had planned to retire with a tenth film. He has defended it time and time again, he does not want to let his career pass by making poor quality films or crawling through low-budget productions that do not allow him creative freedom. Although I tried to adapt the world of science fiction from Star Trek with Paramount in a slightly older version, I discard shooting the third volume of Kill Bill with Maya Hawke accompanying his mother Uma Thurman, has now explained to the podcast The Big Picture, who would love to direct a new adaptation of First Blood, the novel that David Morrell wrote in 1972 and that featured the successful film version titled Cornered in Spain and that marked the debut of Sylvester Stallone like John Rambo.

It should be noted that the first film remained relatively faithful to the novel, something that was separated and forgotten with the successive sequels. However, Tarantino wants a much more orthodox adaptation. “If I wanted to make a good movie, one that I knew would be good, cogenerates the novel by David Morrell of First Blood and adapt it as such. Not the movie that was made from First Blood, but the novel, “comments the director, who has even been imagining what his ideal cast would be.”Kurt Russell play the sheriff and Adam Driver Rambo, “he adds. He is not lacking in enthusiasm, and in fact he does not say the names for pleasure. Russell is a great friend of Tarantino, they have been many years of relationship, and Driver besides being a really good actor, he served the army of the United States as a Marine.

All his dialogues are good; I always end up reading the novel aloud

“Every time I read it, I find the dialogue of the novel so fantastic that I have to read it all out loud. It will be so good … I want to do more than that, of course, but if it were only about making a good film, there is that option, “concludes Tarantino, who continues to demand a lot of himself as a filmmaker in view of his fired. Har First Blood? We do not know, he wants something more personal and substantive, but it seems that the idea is on the table.