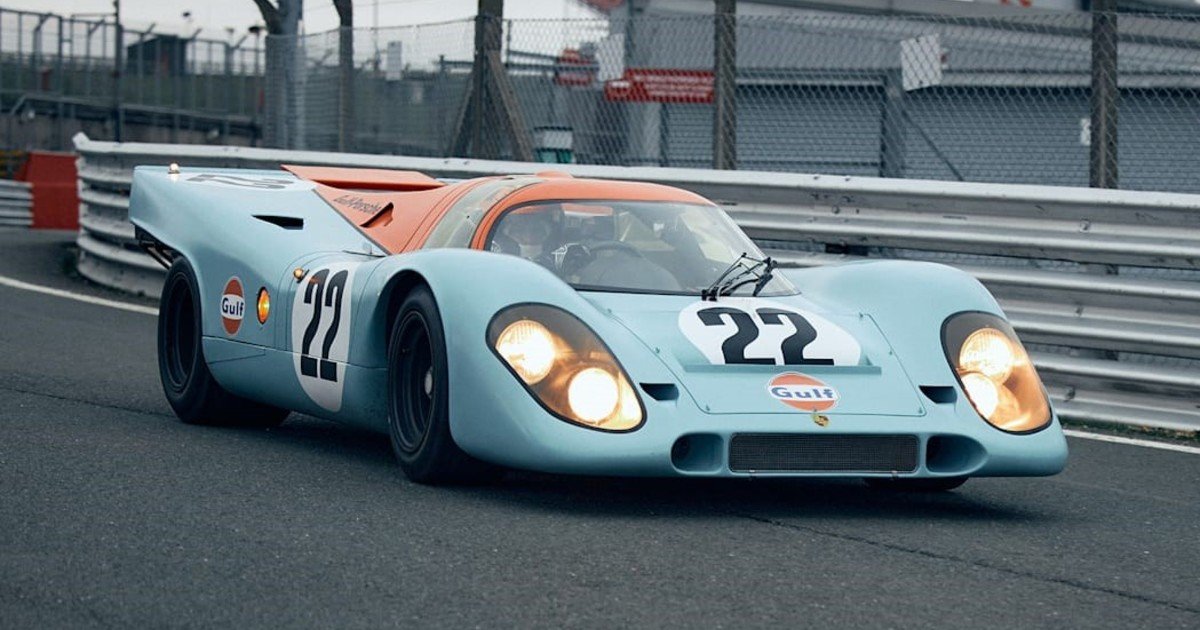 There are cars that are priced more at auction than others. A Porsche is one of those. But if we add that it was used by Steve McQueen and that he raced in the 24 Hours of Le Mans, it is understandable that it is one of the most expensive in history.

This is one of the Porsche race cars 917K, which was also used in the filming of the movie “Le Mans”, by Steve McQueen.

This iconic car from racing history, with its unmistakable wall art In the colors of the oil company that sponsored the team, it will be auctioned by RM Sotheby’s in Monterey, California, in August.

Steve McQueen, lying on the ground, during the Le Mans filming, with a Porsche 917K in the background.

This competition vehicle was raised with the editions of 1970 and 1971 of the most famous of endurance races.

The 917K broke into the dispute between Ferrari and Ford that they had been holding since the 1960s. But beyond that sporting glory, the model from the Stuttgart house also immortalized its image on the big screen.

In addition to its credentials in the world of cinema, this particular chassis has a reputation earned on the track.

This Porsche 917K unit up for auction could fetch up to $ 18.5 million. Photo: Phil Norton – RM Sotheby’s

He competed in the 24 Hours of Le Mans in 1970, a competition that should have left after crashing, on wet ground, after 49 laps.

It then entered the European InterSerie Championship as a Group 7 car after being rebranded as a 917 Spyder.

It was retired in 1974, changed ownership and was finally restored to its original Le Mans starting specification, recovering its original race number: 22.

The auction for this Porsche 917K will be held in August, in Monterey, California. Photo: Phil Norton – RM Sotheby’s

Steve McQueen (1930-1980) is undoubtedly the character in show business who greater relationship had with cars and competencies.

The chase in the movie Bullit (1968) aboard a Mustang or the skill he demonstrated on an engine in The big escape (1963), clearly reflected his passion for speed.

The American actor, through his production company Solar Productions, wanted count from within a unique competition like the 24 Hours of Le Mans.

For it invested 6 million dollars to produce the film that for many is the best motorsports film, but which was a failure in terms of collection and put McQueen’s company into bankruptcy.

According to the auction house, “the current owner acquired the Porsche in Spyder form more than a decade ago and has since completely restored the car, returning it to its original state“.

It also clarifies that “the restoration was executed regardless of cost and the results are impressive in all sensory aspects, from the impressive design and livery. “

But it fundamentally highlights “the unmistakable symphony of the 12-cylinder boxer engine at high revolutions “.

This is not the first time that one of the 917 “Le Mans” has gone up for auction. During the last decade, chassis No. 917-024 has been offered for sale several times.

According to estimates from the auction house, this specimen could sell for between $ 16 million and $ 18.5 million.

So far, the most expensive Porsche paid for at auction is another of the 917Ks that was used for the McQueen movie they paid for. 14 million of dollars.