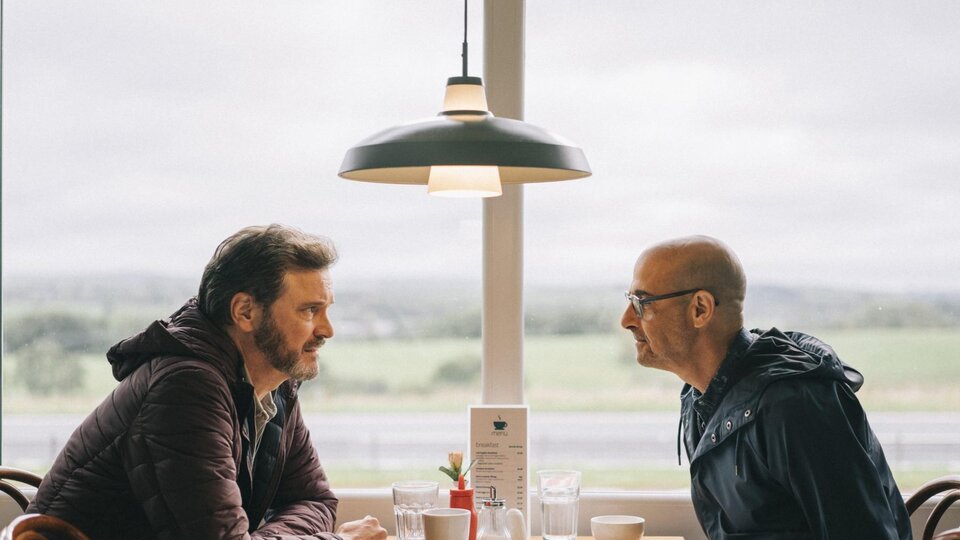 “I am no longer the person he fell in love with. I just look the same, ”Tusker tells his sister-in-law in an attempt to illustrate the difficult time they are going through with their partner. From the sofa, the viewer can ask himself: “and who doesn’t?”. One could even quote Heraclitus and his famous statement according to which no man bathes twice in the same river, or imposing the unmistakable voice of La Negra to remember that “it changes, everything changes.” However, the Tusker case is noticeably different. It is not about those progressive changes that the passage of time accumulates in the form of wrinkles on the skin or unforeseen variations in character. Tusker is ill and will soon be unable to recognize his own image in a mirror, much less that of Sam, his partner. Yes: A memorable love is another drama that takes as its axis some type of senile dementia, which at this point is a genre in itself.

But unlike others of its kind – such as The father (Florian Zeller, 2020), for which Anthony Hopkins has just won his second Oscar for Best Actor-, A memorable love dispenses with spin shots. Here the disease does not appear as a surprise to ruin an idyllic love; nor is there a sudden deterioration that turns the protagonist into an imitation of himself in public view; not one of those performances rimmed with the tics of alienation that normally lead to (oh, oh…!) winning an Oscar. In this film, all that morbidity is out of the field thanks to a clipping that takes the story after the diagnosis and before the disease manifests itself in all its bitter expression.

On the contrary, this second directorial job for British actor Harry Macqueen it is sober, precise and, above all, emotional for its background and not for its form. And the modestly superb works of the leading couple have a lot to do with that, Colin Firth and Stanley Tucci. Both are able to take their characters for a walk through a wide emotional arc with genuine sensitivity and without sounding excess alarms. A memorable love It is, above all, a film that is sustained in the craft of its actors to walk with simplicity through these emotional landscapes, without ever becoming either caricatures or puppets. Of course the film can’t help but be traversed by the spirit of tragedy, but Macqueen is in charge of always maintaining a moderate tone, without putting on a show around suffering and pain.

Tusker and Sam decide to face this stage of their lives by taking a trip in an RV. One that will take you through different places in deep Britain that have become landmarks of the bond that unites them. The appropriation of the mold of the road movie it is not free. In the opening scenes, this journey seems to function as denial, as a desperate attempt by the couple to stop time and encapsulate happiness in a continuous present. But little by little it will transform into a one-way journey toward accepting loss. A path that represents different things for each protagonist, although in both cases it is about going through a duel. The one about the loss of himself in the Tusker case; the love of his life in Sam’s.

But there is another element that stands out in the way Macqueen exposes the story he chose to tell. Because although the protagonists are two men, the story never emphasizes that detail. They could even be replaced by people of any gender and nothing would change dramatically. On A memorable love gay love no longer needs to say its name, but takes it for granted with a healthy naturalness. A gesture of great symbolic weight, but carried out without attracting attention, without noticing the enormous and delicate work involved.

Premiere: Available on the online platforms of Atlas Cines and Hoyts.