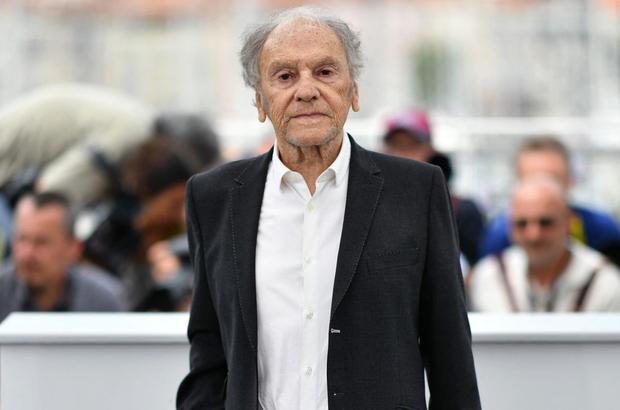 And in the beginning, it was just snow. The white mantle on the white plain in a white world. Until he showed up. He did it among dry trees, surviving pines and lurking rifles, at the foot of the mountains. He rode between bullets and he came back from the dead, wrapped in a long black coat, his face wrapped in wool, his hat covered in white crumbs, his gaze serene. A look that, by the way, will say everything after each precise shot of his Mauser. He will not need words. Never. “They call it Silence. Because where he passes, only the silence of death remains”, they say about the.

LOOK: “Predator” turns 35: the legend that links him to Rocky IV, the contribution of James Cameron and his link with Peru

By 1968, the year of the premiere of “The Great Silence”, Jean-Louis Trintignant was already a sought-after actor who had worked with directors such as Roger Vadim, Dino Risi, Claude Lelouch or René Clément; and castmates like Jeanne Moreau, Brigitte Bardot, Anouk Aimée or Vittorio Gasman, but he had never made a western film. Directed by Sergio Corbucci, the film was based on an original idea by Marcelo Mastroianni, knowing that he had always wanted to make a western, but he did not know how to speak English. “You do not speak English? Trintignant either? So make a movie about a mute gunslinger.”, the legendary protagonist of La Dolce Vita would have told his friend. Corbucci had already directed films like The Ruthless, with Joseph Cotten, or the classic Django, with Franco Nero, but with “The Great Silence” he took the spaghetti western to poetic heights. And Jean-Louis Trintignant was there to bring humanity to a taciturn hero.

That introspective character, of absent or just words, of looks that hide, that show, that liquidate, miss or guide, would be the quality that would forever mark the interpretive tone of his filmography over more than 60 years. Yesterday, after a few nostalgic and lonely last years, the memory films of him were truly silenced forever.

“I have been dead for 15 years”Trintignant told him in a 2018 interview with the Nice-Matin newspaper. She was referring to what happened in August 2003, when her daughter Marie, also a well-known actress, died as a result of the savage beating inflicted on her by her then-boyfriend, Bertrand Cantat, vocalist of the band Noir Désir. This, as she confessed, was one of the great dramas of her life. The other was the death, in 1969, of her daughter Pauline, after an accidental suffocation, when she was only 10 months old. His wife Nadine was shocked. She was somehow able to recover in 1973, with the birth of Vincent, today also an actor.

In that conversation with Nice-Matin -one of the few occasions in which he dared to talk about his personal life- Trintignant also claimed to be a pessimist who always sees the glass as half empty, he confessed to having always been someone shy who disliked the fame, complained ironically -and not without humor about old age and its ills- and assured that he no longer had the energy to fight against the prostate cancer that afflicted him, or to endure the bustle of filming. That he was retiring from the cinema, he said.

Shortly after, however, Claude Lelouch, the director with whom he made the two parts of A Man and a Woman, proposed a third, also with Anouk Aimée as co-star. Trintignant accepted. Once again it would be Jean-Louis Duroc, the racing driver who spent his life wanting to love. Overcoming fatigue, years and illness, Trintignant, the man who has almost 150 credits on his resume -according to imdb-, knew how to weave another endearing job. Always with more looks than words.

It will be for that reason that he once gave his opinion, on the performance, that he chose “Being a blank page, starting from nothing, from silence. Therefore, one does not need to make a lot of noise to be heard.”.

In April 1951, Alberto Moravia published El Conformista, a portrait of the totalitarian mechanisms that dehumanized men during fascism. His paradox was the conformity through which some deliberately sought not to stand out, to be part of the whole, of the mass, without their own personality or defined ideals. Almost 20 years later, in 1970, Bernardo Bertolucci would bring to the screen the film inspired by that book. What other actor could play the protagonist, Marcelo Clerici, if he was not that man with a distant look, apparent despondency or disguised coldness? Only Jean-Louis Trintignant could get under the skin of that unscrupulous fascist who tried to appear normal. The actor was so satisfied with his work that he considered The Conformist to be the best film he had made before Amour (2012).

What had he done before? Almost nothing. It was not long before he had landed his first film roles when he landed that of Michel Tardieu in And God Created Woman (1956), a film made by Roger Vadim for the greater glory of his then-muse and wife, Brigitte Bardot. In 1959 he repeated with Vadim, this time alongside Jeanne Moreau, in Dangerous Liaisons. Two of his co-stars, writer and musician Boris Vian, and rising star Gerard Philippe, passed away suddenly that same year, aged just 39 and 36. In addition to a brief marriage to actress Stéphane Audran, between the two films with Vadim he had to do compulsory military service and was stationed in Algiers, despite his personal conviction that Algeria should be an independent country. After years of harsh conflicts, they achieved it in July 1962.

That same year, Trintignant starred in one of the most representative films of his filmography, the comedy Il Sorpasso, alongside Vittorio Gasman, a portrait of Italian society in those years, told through the opposite personalities of its protagonists. Shortly after, her name would begin to become unforgettable, with A Man and a Woman (1966), which won the Palme d’Or at Cannes and the Oscar for Best Foreign Film. Francis Lai’s song became unforgettable and his real passion for racing – he had winning motorists in his own family – led him to the 24 hours of Le Mans, like Paul Newman or Steve McQueen, who even made a movie inspired by the competition.

That same year he had a role in the choir Is Paris Burning?, which also included Kirk Douglas, Glen Ford or Leslie Caron in its cast, as well as Jean Paul Belmondo, Alain Delon or Yves Montand, French idols with talents and personalities different from Trintignant, a shy man, little given to the flashy celebrity that his colleagues flaunted.

“An ambiguous man offers many more nuances –he once said-, he offers much more to an actor, he has more shadows and lights. A hero is never interesting, he always behaves like a hero. It is true that we all want to be heroes, but he is very boring.”

In 1968, before El Gran Silencio, he had obtained the Berlin Silver Bear for his performance in “El hombre que mente”, a story in which fiction and reality are confused and superimposed. Before the end of the decade, she embodied the anonymous investigating judge of Z, by Costa-Gavras, who was trying to clarify a political assassination in the Greece of the Generals. The film was awarded the Oscar for Best Foreign Film and earned him an award at Cannes for Best Actor. Costa-Gavras, a Frenchman of Greek origin, is to this day a director with clear political and social concerns. As did Trintignant.

His career continued with energy in the 70s. Always with that air of someone who knows more than his interlocutors, that distance that is peace and threat at the same time. As Jean-Luc Douin, film critic, said of him: “When he smiles, Trintignant always has something carnivorous about him”.

At the beginning of the decade it was Simón, el rascal, in another collaboration with Claude Lelouch, the story of a thief without limits. In 1975 he would make Flic Story, together with Alain Delon, in 1980 he would act in The Terrace, by Ettore Scola and in the 90s he would stand out mainly for two films, Three Colors: Red (1994), by Krzystof Kieslowski –one of his last great roles- and Those who love me will take the train (1998).

It was around those years that he had an encounter with the writer Paul Auster, one of his great admirers, who recounted the situation – human, casual, eternal, like everything everyday – in his autobiographical book Winter Diaries, from 2012: “Te You are glad to be in Trintignant’s company tonight, because you hold his acting in high esteem, and when you think of the films in which you have seen him act (Bertolucci’s The Conformist; Rohmer’s My Night with Maud; Confidentially Yours, by Truffaut; Red by Kieslowski: to name just a few of your favourites), you would be hard-pressed to say the name of another European actor whose work you most admire”

On that date, both met because Trintignant would read passages from Auster’s works before a surrendered public. While they were talking, the actor asked the author how old he was. “57,” Auster replied. “I am 74″Trintignant told him. “Paul, I want to tell you something,” he added minutes later. At fifty-seven, I was old. Now, at seventy-four, I feel much younger than I did then.”. It took Auster -who is 75 today- to understand those words. Ultimately, they meant that at 74 people were less afraid of dying.

The right to die in peace

“He died peacefully, of old age, this morning, at home, in the Gard, surrounded by his relatives”his widow, Mariane Hoepfner, announced in a statement. An outcome that, although it did not precipitate, she did expect. Even before the death of his daughter Marie, he was exhausted from making films and increasingly spaced out his participation after that tragedy, until in 2012 Michael Haneke showed him the script for Amour, a painful film about old age with which he received nominations. and awards at numerous festivals and countries. At this point, his career had achieved absolute consecration, although behind the doors of his house there was little room for happiness. Impossible not to think of a phrase that is shown in the final credits of The Great Silence: “Men’s boots can kick up the dust of this place for a thousand years, but nothing man can do will cleanse the bloodstains of the poor who fell here”. At times, cinema seems to be life itself. And vice versa.

In an interview he gave to Diario Público in 2018, Trintignant seemed to anticipate what the end of everything would be like: “This is the story of a man who goes to the circus and tells the owner that he has an exceptional, fantastic act that he does with birds. The circus owner tells him that he is not interested in him, that birds are out of fashion. The man thanks him and he flies away!”

Goodbye, Jean-Louis Trintignant. You, man of few words, know that it will always be too soon to tell.

A great one has departed: Jean-Louis Trintignant, French film actor, passed away