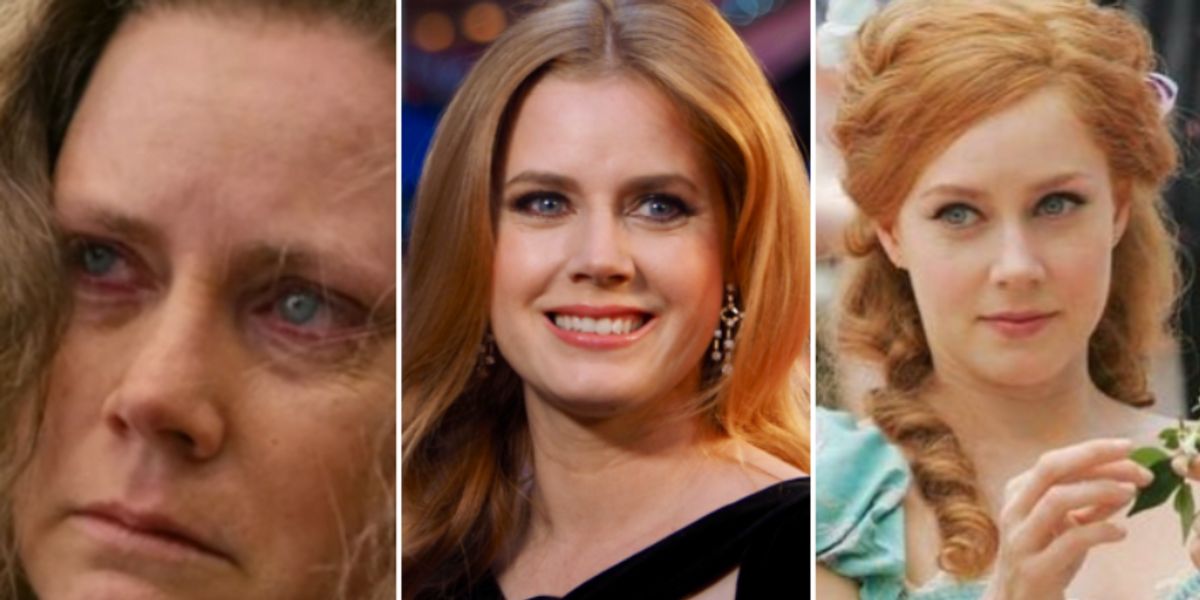 Amy Adams is undoubtedly the actress of the moment but just like Leonardo DiCaprio before The Revenant, has been nominated multiple times and has not won a single Oscar.

This has created an uncomfortable feeling that Amy is “a strangely underrated acting genius.” Not everyone gets six Oscar nominations but when will the Academy give them their much-deserved statuette?

She is a highly sought after actress in Hollywood for her chameleon ability to completely transform herself to play whatever role she gets cast.

Amy may be in a field reserved for a specific level of Hollywood talent but the reality is that she is slightly underrated considering the powerful performances she has given throughout her career.

Here we leave you 5 times that Amy surprised with her transformations on screen.

The film is based on the novel by AJ Finn and is about an agoraphobic woman (Adams) living in New York City who thinks he witnessed a horrible crime across the street while spying on his neighbors’ house.

The film is a story based on JD Vance’s autobiography Hillbilly Elegy: A Memoir of a Family and Culture in Crisis. Amy plays Beverly “Bev” Vance, a red neck semi-literate, addicted to multiple substance use, promiscuous, depressed and violent. Adams underwent a serious transformation that made her almost unrecognizable.

In “Big Eyes” (2014), Amy took on the role of the American artist Margaret Keane, who made famous portraits of people with big eyes. To transform into Margaret, the actress turned platinum blonde and embraced the trends of the 1950s and 1960s. Her impressive performance earned her a Golden Globe for best actress in a musical or film comedy.

In 2018, Amy Adams transformed into another real-life person: the former second lady. Lynne cheney, wife of Vice President Dick Cheney from 20 to 70 years old. The actress sported a short blonde bob and required hours in the makeup chair, especially when she portrayed Lynne as an older woman. Amy earned a SAG Award nomination for her performance.

In the film set in the 70s, Amy Adams had to resort to the perm and everything to transform into Sydney Prosser, who also posed as Lady Edith Greensly, a wealthy British woman. His character helps Christian Bale Irving Rosenfeld scam people. Amy earned an Oscar nomination for her work on the 2013 film.

Amy’s transformation into 2009’s “Julie and Julia” was one of the best yet. She ditched her long red hair to sport a tiny brown haircut to play Julie Powell, a woman unhappy with her job who sets out to make all of Chef Julia Childs’ recipes and write a blog documenting her culinary adventures.

Amid the excitement that the announcement of the second part of Disney’s Enchanted has caused, it is worth remembering when Amy was transformed into a fairytale princess trying to fit into the real world. To play the confused royalty of the fictional land of Andalasia, Amy donned beautiful long locks in her signature shade of red and sported a host of ample gowns, as well as showing off her singing ability.

We explain 5 mysteries of “The woman in the window”, the movie that everyone talks about

Amy Adams, the actress who lives the same curse as Leonardo Di Caprio