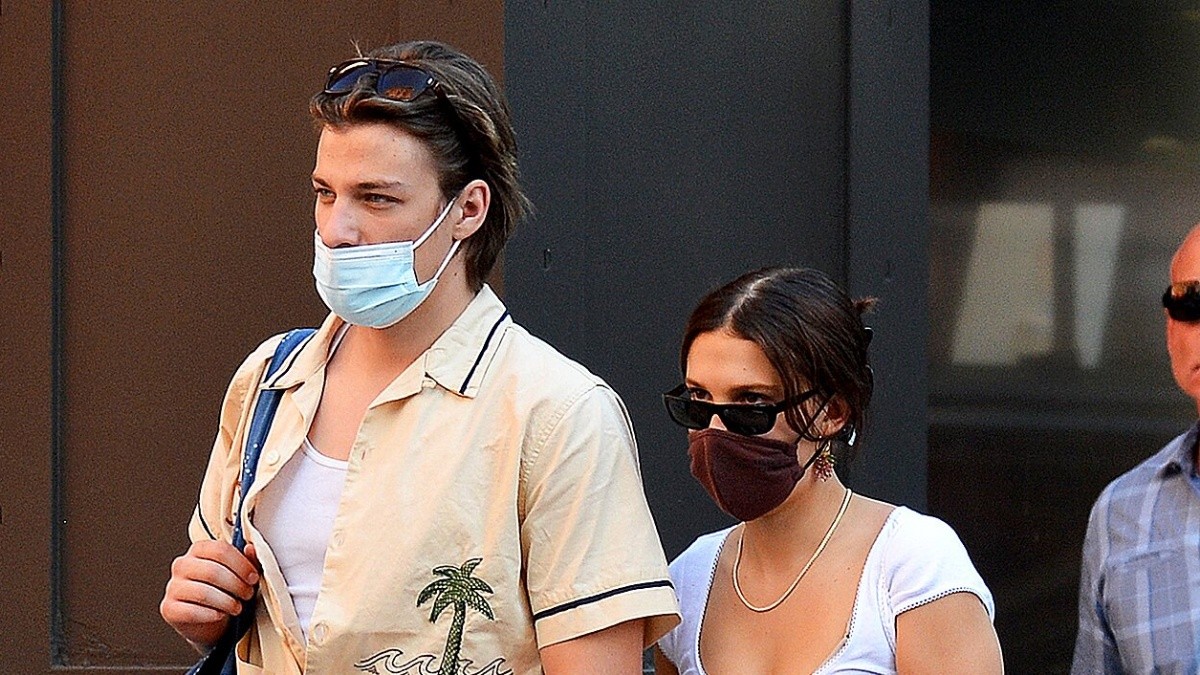 Jake Bongiovi is the new boyfriend of Millie Bobby Brown, the star of ‘Stranger Thinngs’. They were seen on June 17, hand in hand, on the streets of New York. However, the 19-year-old did not become famous for it: He is the son of rocker Jon Bon Jovi.

1. Jake is the second youngest child of Jon Bon Jovi and Dorothea Hurley: your brothers are Stephanie, of 28; Jesse, 26, and Romeo, 17. His parents grew up in Sayreville, NJ and met in 1980; they married in 1989, after dating in high school.

The singer admitted that his future wife was initially dating someone else at the time of their meeting, but that didn’t stop him from pursuing her: Dorothea was dating one of those guys who joined the service. He left town … and do you know the five-second rule when you drop a piece of toast on the ground? I gave it three weeks. We started dating, and that was the end. “

2. She called Millie her ‘best friend’ two weeks before they were seen together: The teen shared an Instagram photo, showing him and Millie sitting together in a car on June 3. He wrote “bff” in the caption along with a heart.

3. Jake is a fan of US Senator Cory Booker: In November 2018, Jake Bongiovi shared a Instagram video, which showed him sitting in a car with the New Jersey senator, as he was jokingly questioned about the history of his home state.

“Like Bongiovi, you are supposed to be an expert in New Jersey”, Cory tells the teenager in the video. He goes on to ask her where M & M’s candy was invented, before Jake laughingly asks: Invented M&M? That’s not a New Jersey question! “. The politician laughs with him and tells him it was made up at the Garden State before jokingly saying, “Fail!”

“I had a great time traveling around New Jersey with Senator @corybooker on Wednesday! Being able to spend time with such an amazing leader was a truly inspiring experience. #jerseystrong ”, Jake wrote in the caption of the video.

4. He is identical to his dad, Jon Bon Jovi: In various photos on social media, Jake showed his super similar appearance to the popular rock singer. Between his longer blonde hair and facial features, it is definitely clear that he is Jon’s son and often resembles the musician in his younger years.

5. Helped lead a student protest for gun control at your school in 2018: Jake Bongiovi made headlines for being one of the organizers of the student strike at Pennington School on March 14, 2018. He and fellow student Rickey Eng organized the walk to protest the government’s inaction on mass killings in Las American schools, a month after 17 students were killed in the tragic shooting at Stoneman Douglas High School in Parkland, FL.