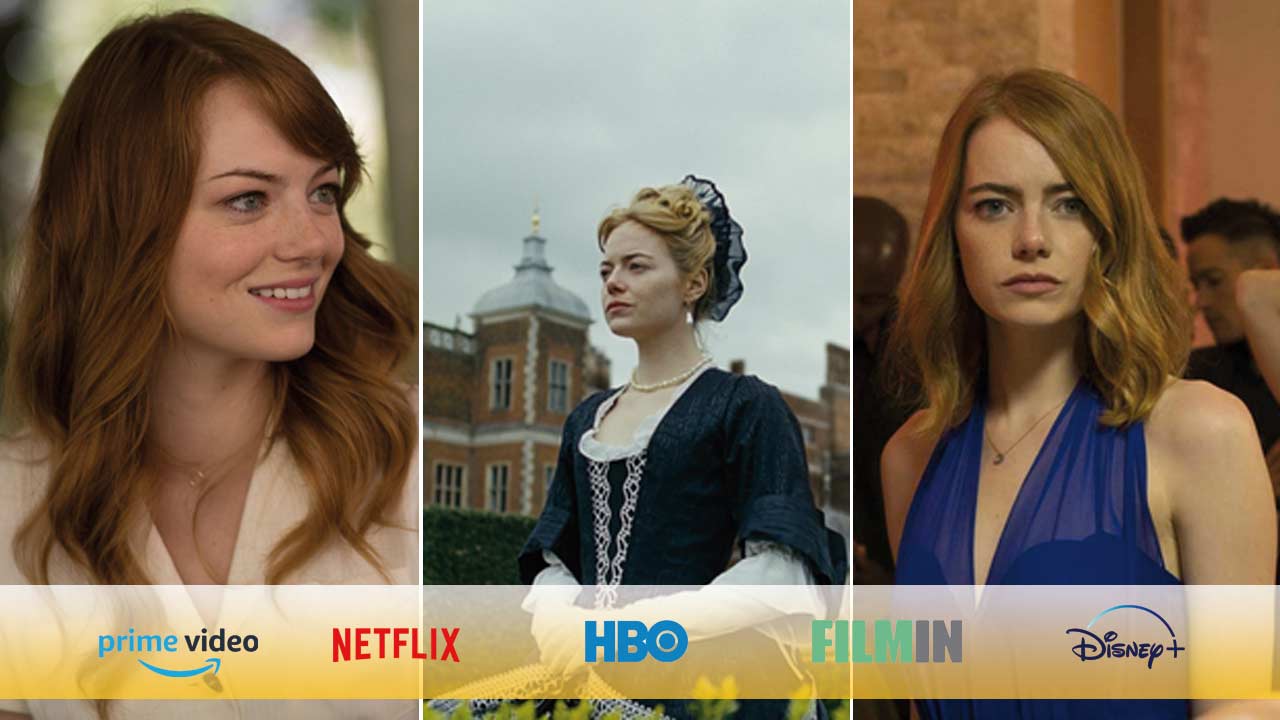 His new work as a protagonist opens in theaters on May 28.

No television plan for tonight? Like every Monday, we are ready to facilitate that arduous task of choosing what to watch on television in your little nightlife. On this occasion, we wanted to take advantage of the premiere of Emma Stone’s new work, Cruella, the next May 28 -in theaters and Disney + with Premium access-, to suggest five titles of his filmography more than recommended.

Crazy, Stupid, Love; The favourite; Maids and ladies … whether you are a lover of comedy, drama or period stories, tonight choose Emma Stone to forget everything and enjoy a cinephile evening in Netflix, HBO Spain, Amazon Prime Video, Disney + or Filmin. We assure you that after seeing the Oscar winner in action, you will not want to miss her next film, to discover the origin of the evil Cruella de Vil.

If you want to end the day with a smile, Crazy, Stupid, Love is your movie. In the film directed by John Requa and Glenn Ficarra, Emma Stone plays Hannah, Cal’s (Steve Carell) eldest daughter, who has just found out that his wife (Julianne Moore) is unfaithful and wants a divorce. One night Cal meets Jacob (Ryan Gosling), a young dating specialist, who will give him advice in his quest to find love again. For her part, Hannah has started dating a boy a little older than her, who does not quite like Cal. As if that were not enough, the youngest of the family, Robbie, 13, has fallen madly in love with his babysitter, a 17-year-old teenager, who will catch the wrong message.

You can see it in: Netflix and HBO Spain.

If dancing is your thing, your perfect plan for tonight is The city of stars. La La Land. After her nomination for her role in Birdman, Emma Stone managed to win her first Oscar thanks to his brilliant performance in the film directed by Damien Chazelle. An aspiring actress, who, while jumping from audition to audition, works in one of the cafeterias of a Hollywood studio, serving coffee to numerous stars every day. This is Mia, Stone’s character in the film in which she returns to share scenes with Ryan Gosling. The actor takes on the role of Sebastian, a jazz musician who makes a living playing the piano wherever they leave him … from a trendy restaurant to a pool party. After meeting on several occasions, Mia and Sebastian start a beautiful relationship, where complicity and dance are the protagonists.

You can see it in: Netflix.

Neither Glenn Close nor the animated version: ‘Cruella’ has nothing of ‘101 Dalmatians’

Another of Emma Stone’s works that you cannot miss is Maids and ladies, the comedy-drama based on Kathryn Stockett’s best-seller. On this occasion, the actress plays Skeeter, an upper-class college girl who dreams of becoming a writer. Upon her return to her native Mississippi, in the mid-1960s, she decides to interview black women who have spent their entire lives working in the homes of white families in high society. His idea causes a huge commotion, generating a class “war” that will change the vision of some of the city’s inhabitants. Viola Davis, Bryce Dallas Howard, Jessica Chastain and Octavia Spencer round out the main cast of the Oscar-winning film.

You can see it in: HBO Spain and Amazon Prime Video.

From the hand of Woody Allen, Emma Stone becomes Jill, a university student, whose life takes a turn when she meets her new philosophy professor, Abe (Joaquin Phoenix), who is not going through his best moment. As you get to know each other, you both begin to feel a special connection that will make you want to spend more time together. However, existential doubts such as Jill’s relationship with her boyfriend, the age difference or the teacher-student code loom on the horizon.

You can see it in: Amazon Prime Video and Filmin.

If you love period dramas, The favourite, from Yórgos Lánthimos may be your best option to see tonight. Emma Stone travels to 18th century England, at war with France, to transform herself into Abigail Masham, the new maid of Queen Anne (Olivia Colman). When Abigail discovers the special relationship that exists between the monarch and her faithful advisor, Lady Sarah Churchill (Rachel Weisz), she begins to plan how to bring her majesty to her land. This provokes an internal struggle where ambition and the lust for power translate into a succession of conflicts between the three women.